The new NFL season is less than a month away and as we begin, plenty of teams will feel they have a chance of winning the NFL 2021 Super Bowl 55 in February of next year.

This is going to be a very different season and there is a chance that the circumstances surrounding games could have an impact on the eventual season winner. As things stand at the moment, no fans will be allowed to enter stadiums, though the hope is that some fans will be able to watch at some point.

With America being so vast, it is highly likely that different teams will have different rules depending on infection rates at the time of play. We could see some teams with fans in the stadium to help them along, while others have to play behind closed doors. That would give a really big advantage to those who can play with fans.

That is all something we can only speculate on for the time being though, so what about what we do know? Who are the main contenders to win the Super Bowl this year? Read this – 3 reasons to be cautious when betting Super Bowl. 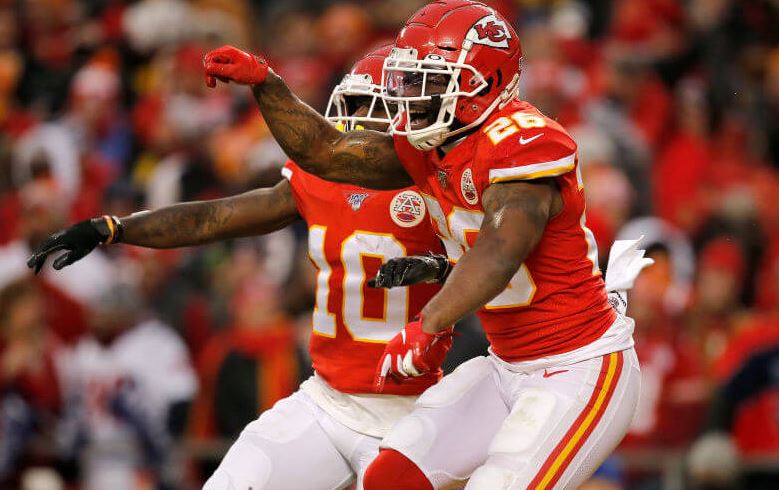 There will be many teams right now hoping that they can stake a claim for Super Bowl glory this season. However, as the year progresses, this is narrowed down to just a handful who will make the playoffs and compete for one of the biggest prizes in sport.

As things stand now, there appear to be four teams standing out above the rest as genuine Super Bowl contenders. Here we take a quick look at each one and work out what the positives are to their chances of winning this season.

We start this NFL betting preview with the team that won the Super Bowl this season and one that could be at the start of a dynasty.

The current holders, Kansas City are certainly a team to look at again this season. Anyone who saw them play last season, both in the regular season and during the playoffs will have seen a team that looked more than capable of winning not only one Super Bowl title with Patrick Mahomes as their quarterback but multiple titles.

Could they go back to back this season?

Most bookmakers gives Kansas City Chiefs odds as favourites or joint-favourites alongside the Baltimore Ravens and that is bang where they should be for now. 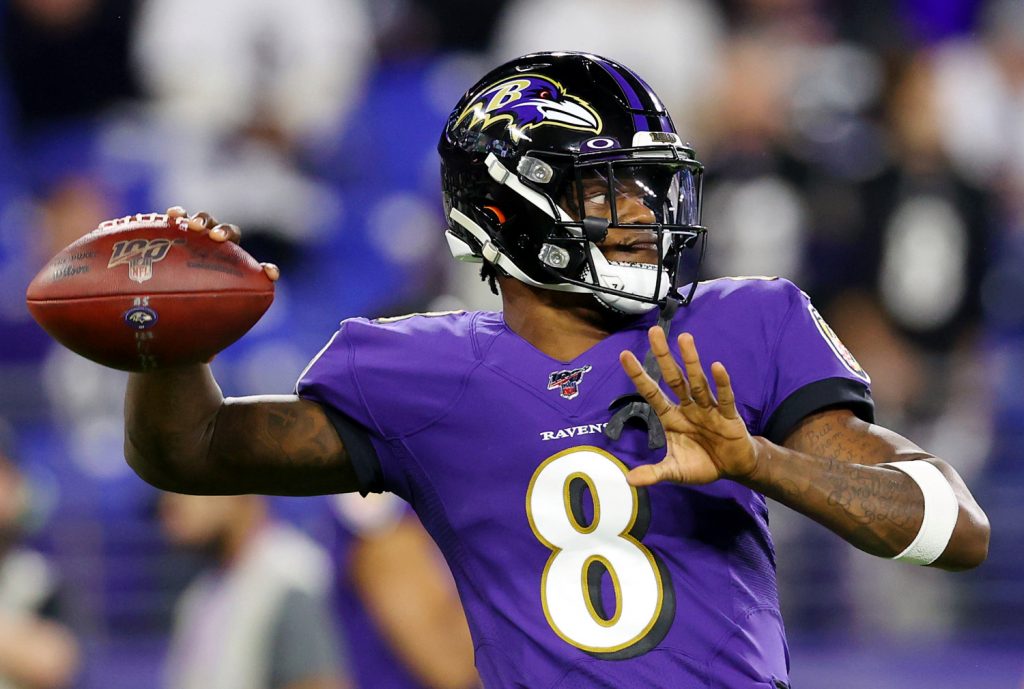 The Ravens, who are either second favourites behind the Chiefs or alongside them will be the pick of many this season. This is a team that has slowly been put together to work in favour of the skillset that young quarterback Lamar Jackson has.

He was named as the starter for the Ravens for the first time in 2019. He went on to set the record for the most number of rushing yards by a quarterback during the regular season while also totalling a league-leading 36 touchdown passes (read this – NFL touchdown scorer bet).

With Jackson at the helm for a decade or maybe longer, this Raves team is sure to contend somewhere during that time. Do they have enough experience to contend this year, or will they need another season before they grow into the team we all think they can become.

This wouldn’t be a Super Bowl preview without mentioning Tom Brady. The ageing quarterback has moved on from the New England Patriots and now suits up for the Tampa Bay Buccaneers. He’s taken his number one target and friend Rob Gronkowski with him, a huge bonus for Brady.

These two have combined to win Super Bowls in the past, and in many games, they have singlehandedly taken the Pats to victory, can they do the same for the Buccs this time around, despite both coming towards the end of their careers?

The San Francisco 49ers are the final team to mention on our preview list. They have an exceptional team and were beaten finalists in the Super Bowl last season. They grind hard, make small gains and have a real team effort, rather than relying on any stars to take them forward. 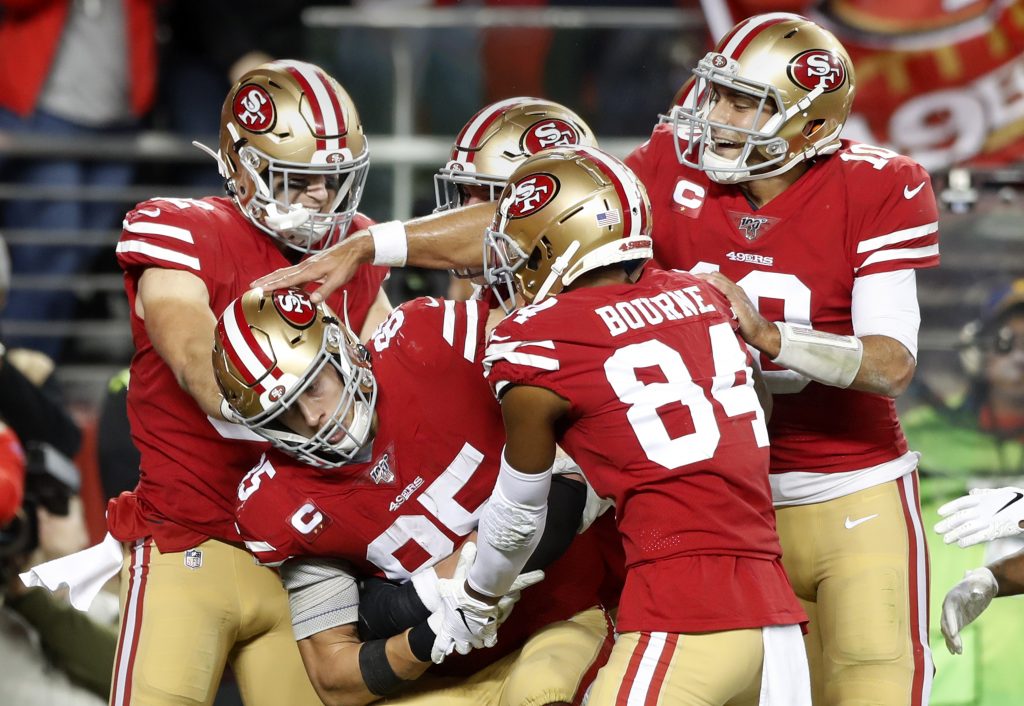 They may not have the kind of game that the Chiefs do, and don’t have names like Brady, but this team is certainly a contender. What they lack in star names and flair, they have in hard work, team togetherness and willingness to get the job done.

Choosing a Bookmaker for NFL Betting

If you are a current NFL gambler or looking to get involved this season, the biggest decision you have to make is what bookmaker you are going to use. This is far more important for the NFL than many other leagues and sports. Here you can find best bookmakers for US sports betting.

The reason for this is because the two most common ways to bet on the NFL are using lines that the bookmakers create. This means rather than just shopping around for the best deal when it comes to the odds you take, you also need to shop around for the best line you can find.

Get this wrong and you could take inferior lines and odds, and that could be the difference between winning and losing. For example, if you take a poor line and end up on the wrong side of it, your bet will lose. Had you taken the best line on offer, your bet would have been a winner.

In terms of the odds you take, small differences are made by taking the best odds compared to the worst. However, when we are talking about betting lines, the difference here could be winning or losing a bet, so it can make a big difference to your profit and loss. If you are long run bettor we recommend to try crypto and bitcoin bookies, they have big betting limits and huge welcome bonuses.

For those who bet on sports like soccer, tennis and golf, there is no such thing as common betting lines, all you are concerned about is the odds you take. The NFL is one of a few sporting leagues that are different, choosing which bookmakers you use when placing your NFL bets is more important than ever before.