Three Reasons to be Cautious When Betting on the Super Bowl

The 2020 Super Bowl is on the horizon, and soon we will know the two teams who will take place in the big game at Miami, Florida. The game is much more than just 60 minutes of football, it is a show, and labelled as the greatest show on earth. With so many people tuning in to watch the action take place, it is no surprise to know that it is the biggest NFL betting game of the season, with many once-a-year punters joining in and placing bets alongside those who bet on the sport on a regular basis. If you interesting in Bitcoin NFL betting, check best Bitcoin betting sites.

However, something you need to remember when betting on the sport is that this is not a normal game, where you can use your knowledge to predict what will happen. There are many other things that come into the equation with this game that we all need to think about before placing our bets. The majority of these should make us all a little more cautious when betting, and here are the top three reasons why we should all be cautious when betting on the Super Bowl in 2020.

Any player who says they are not nerves going into a game like the Super Bowl is either not human or not telling the truth. Every single one of those players going out and playing in the Super Bowl will have a degree of Super bowl nerves, from the star quarterback to the punt returner. These will vary, some will be able to handle the nerves better than others, and some will lose them quicker than others during the game, but everyone will feel the nerves.

The occasion is bigger than any that any of the players will have played in before if it is their first Super Bowl, and those that have played in them before will still feel that, albeit to a smaller degree. 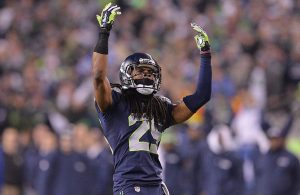 Even those that have played in many Super Bowls before will get nerves and the reason for that is not just the occasion, but the size of the prize on offer, a Super Bowl ring. These are highly sought after, even by those who already have them, and the fact that one of these is at stake is enough to send some players into disarray before the game.

With nerves, it is highly likely that players will not be at their very best, and mistakes are far more likely to happen, something you need to think about when placing your bets. This is especially the case for big names, who will be expected to perform well, and the lines on those players will be higher, not having much room for error.

Nerves will, as always, play a huge part in the outcome of the Super Bowl this year. 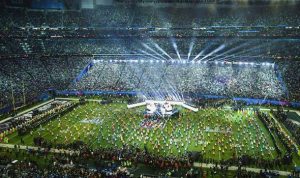 Disruption at Half Time

One of the biggest draws of the Super Bowl for fans is the half time show. Players have a far longer break than normal at half time, and a singer will perform on the field of play. This is great for fans, adds something to the spectacle of the Super Bowl, but is ultimately a distraction for players, and one that can really disrupt the game’s momentum.

For example, a team doing well at the end of the first half will be raring to go in the second half of the game, but won’t be able to and will lose any momentum they have built up. This is enhanced further if the team with momentum is the one that is receiving the ball to start the second half, giving them an early scoring opportunity.

This game is not like any other during the season, and while we all love the half time break, it is fair to say that this causes a big disruption to the game, and is something that the players would probably prefer to do without.

If you are betting then try and think about this. This is more something that in-play punters can use to their advantage rather than those betting pre-match. Don’t think that the game momentum will carry over from the first half to the second half like we normally see, there is a big break here and that can often be a real momentum killer. 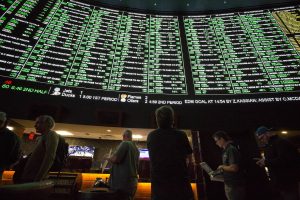 The Super Bowl is the biggest NFL game of the season, and many people tune in and bet on the game. With this in mind, it is worth thinking about the lines and odds on offer. The bookmakers know that they are going to get a huge amount of custom from gamblers all over the world for this game, and will adjust their odds accordingly.

This means their odds could be lowered, to give themselves a slightly bigger margin and it is also a possibility that the game lines will be moved too.

For example, the big names who are popular with the general public who don’t normally bet on NFL may have slightly higher lines than normal for their yardage, as bookmakers know that they are going to take a lot of money on players to go over these lines. This won’t be a balanced book like normal, with punters going over and under the line, most casual punters will back players to have success, even more so if they are a big name of the game.

As a regular NFL punter, you need to think about this and try to work it into your betting. If you feel a line is value then, of course, go for it, but make sure you really have a think about the lines and whether the ‘over’ line offers value or not. It could be the case that for one night only, second-guessing what the bookmakers are doing because of the number of casual punters could lead to you backing a lot of players to fall short of the lines that the bookmakers have on offer.