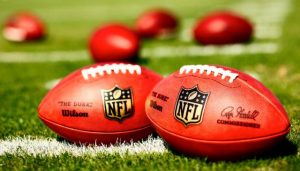 If you are looking for a way to get involved in an NFL game then the huge amount of prop bets allow you to place a bet on a player, rather than on a team. This is seen as an exciting and different way to bet by many people, and a lot of punters are now placing their bets in this way. But if you are new to NFL gambling and american football bets, read our article for begginers – three simple nfl betting lines for beggines.

Prop bets are an extension of touchdown scorer bets, because you are betting on a player to do something, rather than on a team to win the game or an outcome that is based on the game itself. When placing a prop bet, you are not concerned with anything else other than the performance of your player, the rest is irrelevant.

Prop bets are available across many different markets and if you are looking to get involved in this kind of betting then here are the main ways in which you can do this.

Before you started betting on NFL, check our best betting companies list and if you like NFL online betting with cryptocurrency also check crypto bookies. You will find a lot of good companies for NFL sports betting.

There are a few different prop bets you can place on a quarterback that is playing in a game. These all centre around his play, and how well or poor he does so if you think a quarterback is going to have a good game then go above the lines, if you think he will do poor then go below the lines.

When betting on this line, it doesn’t matter if the quarterback throws any touchdowns or wins the game, you are simply betting on the total number of yards they get in the game.

If you have a quarterback who you think will dominate the game and throw for a lot of touchdowns then this is the market for you to use. If you interesting in nfl betting touchdowns, read our arctile about NFL touchdown scorer betting.

Some of the best players in the game are receivers and there are a number of NFL bets around these players that you can place. These are all available alongside backing the player to score a touchdown, which is a very popular bet to place.

Instead of choosing whether someone will score a touchdown or not, this market gives you the chance to bet on the number of yards they will receive for in the game. Back those you fancy to succeed and go under the line for those you think will be shutout on the day.

This line is similar to the one above but works based on the number of receptions instead of the total number of yards gained. This is the number of times that a player receives the ball and catches it cleanly, regardless of what they do with it after they have caught it. This is great for those players who you think will have a big impact on the game, but you are not sure whether they will score a touchdown or cover the receiving yards line.

When betting on this line, you don’t need your player to do things with the ball after they have caught it, you simply need them to catch it cleanly and that takes some of the risk out of the bet.

Rushing prop bets can cover both running backs and quarterbacks, although they are usually used on running backs, who get the ball handed off to them from their quarterback and then run with it. The bets are very similar in style to those above for receivers, but obviously, they focus on running yards on the ground, rather than receiving yards in the air.

In exactly the same way as you can back a player for their reception yards in the air, you can back a player’s total rushing yards on the ground. There are some fantastic running backs in the NFL and these players can regularly put up over 100 yards on the ground, and that can be without scoring a touchdown. The very best backs are relied upon heavily by their team, and they will receive the ball a lot, in the hope they can create something with it.

The line is also one you can use to go against a player. For example, if a team has a strong running defence and you think they can stop a star running back, the best way to use that in a bet is to back under the line for that player’s total rushing yards. With that, you are backing the defence to keep him quiet and limited to a small number of yards in the game.