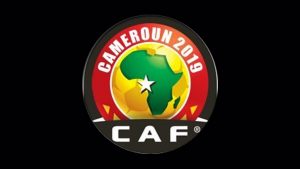 The African Cup of Nations is one of the premier international football competitions and this time it is back with a different feel to it. The competition has been moved from the winter to the summer, meaning that all players will be available to take part without needing permission from their clubs. This is going to give us a high-class tournament, and something to keep us busy during the summer months when many of the domestic football leagues are on a break. This summer, Egypt will host the competition and with a good looking squad, they are among the favourites to win it.

If you willing to make money on africa cup of nations betting, you need to know best football betting sites 2022. If you prefer betting with cryptocurrencies, we have good news for you, check out best crypto bookies page.

The competition will begin on June 21st, with the final taking place on July 19th so we have nearly a month of action to look forward to. We have six groups, each with four teams in giving us a total of 24 teams in the final stage.

After playing each other once in the group stages, the top two teams from each will advance through along with the four best third-placed teams to give us 16 teams for the knockout round. These will contest a round of 16 before quarter-finals and semi-finals will give us the last remaining two teams for the final, which will be played inside the Cairo International Stadium, in Egypt. All afcon fixtures you can find in official Africa cup of nations page.

The competition has a wide open feel to it on the face of things, and that is reflected in the afcon betting. 12 of the 24 teams are priced up at 16/1 or shorter, and the bookmakers think that many teams have a chance here, and it is hard to argue with that.

Leading the way is Egypt, the team who will host the event and current 4/1 favourites, and that automatically gives them a great chance. On top of that, they have many talented players, including Mo Salah from Liverpool who will lead the attacking line for them.

Ghana, Senegal and the Ivory Coast all come next in the betting, afcon betting odds priced up between 6/1 and 8/1. These three are the main dangers to Egypt, and all three are more than capable of winning a tournament that they are not hosting. There is little to choose in terms of quality between these three teams, and it would be fair to say that whichever of these four teams hosted the event would have been made favourites.

Then come the dangerous outsiders, with teams like Cameroon, Nigeria, Morocco and Algeria amongst those who are towards the lower end of the double-figure prices. These are part of the group that are priced up between 10/1 and 16/1, and all of them have reasons why they could win this. They will all need luck though, to get through and compete with the big four, who are slightly ahead in terms of quality. If you fancy one of these teams, you will get a nice price about them and there are plenty of reasons to feel optimistic about their chances. 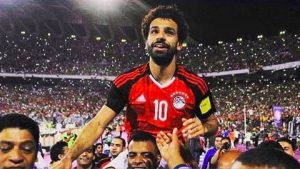 After those teams, we go onto the outsiders, and the three teams who round off the betting are Madagascar, Tanzania and Namibia, who are at the tournament simply for the experience. Since expanding the finals to 24 teams, we have seen nations like these three come on and improve. Playing at a tournament like this will only improve these players further, even though they have pretty much no chance of winning the tournament.

Where to watch online & live streaming

In the UK, Eurosport hold the rights and they will show every game on their TV channel. They have their own live streaming service which is called the Eurosport Player, and games will also be broadcast on here. Those watching from the US can watch on the beIN Network, which will broadcast afcon live streaming games on their TV channel as well as online.

For countries without host broadcasters or people who don’t have access to the channels mentioned, it is expected that many bookmakers will offer a afcon live stream service of the games in their live betting section. Many leagues are covered by this, and it is expected that the African Cup of Nations will follow suit and be made available online through the bookmakers.

Generally speaking, a lot of games in this tournament are very close, and usually decided by one or two pieces of brilliance. The key to winning games is to have match winners in your team that have the ability to add a little touch of class and finish a team off. When you look at the favourites for this tournament, you will see that they all have that, and it is no coincidence.

Many African teams are strong defensively and it takes real quality to break them down. If a team lacks in quality going forward then they are going to struggle to break down their opponents, which means they are not likely to score.

When you are picking teams to back, whether it is outright or in the individual games then look out for players who can turn on the style and create a piece of brilliance. Players like Mo Salah of Egypt and Sadio Mane of Senegal both play for Liverpool and have both had fantastic seasons. It is players like this you need to be looking for, players who are in form and have the ability to win a game with one piece of skill.

Those who like to bet on goals will probably not see many here, especially in the group stages. As has already been said, teams are strong defensively which means goals can be at a premium and in the group stages a lot of teams adopt a policy where they don’t want to get beat. This can lead to a lot of close, low-scoring games in the early stages of the tournament, so be aware of predicting a lot of goals when you are placing your bets.