All you need to know about Tetris esports

One of the oldest and most well-known video games of all time, Tetris, might be making a big return in an unexpected manner. Sure, Tetris esport might raise a few eyebrows at first glance, but you would be surprised to find out just how compelling watching a tournament is.

Bear with us as we take a brief look at what might turn out to be a esports future no-one saw coming. If you want to find good tetris esports odds, you need to know best esports betting sites.

How does Tetris lend itself to eSports?

Playing this game competitively is as old Tetris as the game itself. And we’re talking decades here – there’s a lot of reasons why Tetris is one of the most iconic titles in gaming’s history. However, we’re not here to talk about why Tetris is a good game. Besides, just because a game can be played competitively, does not mean it’s good as an esport. 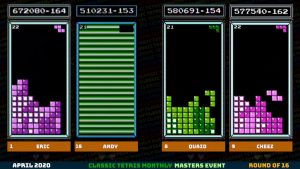 For better or worse, there are some features all popular esports share. It has to be a good game people want to play – that much is a given, but it’s not enough. Some esports games simply have that “something” that is very hard to grasp. That quality that enables people to enjoy watching others play it, and not just play it for themselves. It’s very hard to put your finger on what it is, but Tetris has it in spades. Competitions are engaging, the battles exciting, and the commentary and crowds can get insane.

Tetris tournaments are seeing a surge in popularity, and this is why. Don’t believe us? Let’s take a look at the biggest competition among Tetris fans. 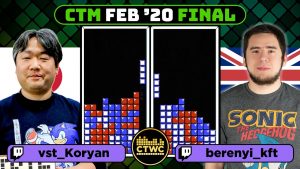 Commonly referred to as CTWC, this competition is hosted by the Portland Retro Gaming Expo every year. The first-ever was in 2010, and it steadily kept growing ever since.

So why are we telling you all of this? If you want to get hooked on competitive Tetris, all you have to do is head to YouTube and find one of the finals, and the entire point we’ve been trying to make will be revealed. You’ll also quickly begin to understand the sort of narratives and culture that surrounds this event.

The online Tetris stream is supported by a heads-up display, commentators, shots of the crowd – everything you’ve come to expect from pro esports. But the true charm of the CTWC lies in the stories: the reigning champions, such as the famous Jonas Neubauer, with seven titles; the droves of hopefuls who flock to Portland every year hoping to secure that next win. It has all the makings of a professional sports league – because it is one.

To give the whole thing a unique, Tetris retro flair, games are played on 1989 Tetris NES consoles and CRT televisions. The whole thing has a very unique appeal that would be very hard to find elsewhere in the world of esports. Don’t get us wrong, it’s not very likely that Tetris will take off more than, say, League of Legends or CS:GO. But it presents a nice alternative for people who want to experience something fresh.

People are asking these questions
? How many tetris games are there?

Tetris game has realesed on variety platforms and its the most proted game series, having been ported to over 65 unique platforms.

? How much is tetris worth?

Its very hard to count how much Tetris company is worth, but Tetris game making $43 Million revenue per year.

? What is Tetris Worlds?

Tetris Worlds its a version of Tetris realeased  in 2002 for Xbox, PlayStation players.