The National Basketball Association Summer League, commonly known as the Las Vegas Summer League, is an off-season competition organized by the National Basketball Association. The league features NBA players who are either unsigned draft picks or free agents. The league also invites international players to participate. NBA betting can take place on these games, as well as through online sportsbooks.

The Summer League began in 1985 as a way for the NBA’s newer players to get some competitive game action under their belts. In recent years, however, the league has morphed into a competitive showcase for rookies and young veterans alike.

The Las Vegas Summer League is held at the Thomas & Mack Center and Cox Pavilion on the campus of the University of Nevada, Las Vegas. The league runs for two weeks in July, with games generally running from early morning until late evening.

People are asking these questions
🏀 How does NBA Summer League work?

The NBA Summer League is an off-season competition organized by the National Basketball Association (NBA). The league features several mini-tournaments, with each team playing five games regardless of record. Each summer league has a tournament-style playoff format, culminating in a championship game. The winning team receives a trophy, but there is no monetary prize.

🏀 How much are NBA Summer League tickets?

NBA Summer League tickets can range in price depending on the game and seat location. Generally, ticket prices start at around $20 USD. However, prices may be higher for games featuring more popular teams or players. Additionally, courtside or VIP seating may be available for an additional cost.

🏀 How to find value in NBA Summer League odds?

To find value in betting NBA Summer league, you need to look at well-coached and experienced teams which have something to prove and playing well, look for underdog teams and avoid betting that you don’t know anything about.

The Las Vegas Summer League is open to the public and tickets can be purchased online or at the door. Seating is general admission and prices start at $20 per day.

This is a feast of basketball for fans of the sport, with 11 days of non-stop action. A total of 83 games will take place across those days in this NBA Summer League Format, and that begins with all teams playing four preliminary games to decide who makes it through to the knockout round.

The top eight are seeded and go through to the quarter-finals, followed by semi-finals and a final that takes place on July 17. For those that don’t make it into the top eight, they will face one final consolation game, meaning everyone will play a minimum of five games in the tournament, and those who make it through to the final will play the maximum of seven. 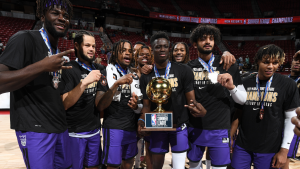 The 2021 NBA Summer League was a success for the Sacramento Kings, who took home the championship with a 100-67 victory over the Boston Celtics. This is Sacramento’s first Summer League title since 2014, and they’ll be looking to build on this momentum heading into next season.

One of the key contributors for the Kings was rookie guard Davion Mitchell, who proved to be a defensive stopper throughout the tournament. With his help, along with the continued development of their young core, the Kings could be a force to reckon with in the Western Conference for years to come.

Those who are looking to bet on the NBA Summer League betting markets should note exactly what the competition is before they start placing their wagers. Main NBA summer league betting tips is this summer league is diffrent when betting NBA regular season.

This is simply a summer tournament for coaches and fans to evaluate the young talent they have on their team. We will see a lot of younger players here, including many 2022 draft picks plus those from former years, all doing what they can to earn a place on the full NBA squad for the 2022/23 season. So sometimes it hard to make good NBA summer league betting predictions. 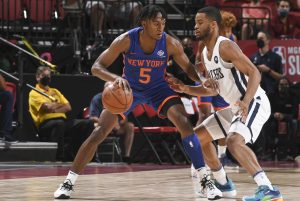 While these are not quite exhibition games, they are very close so when you are betting it is worth treading carefully and proceeding with caution as you are not betting on a full paced regular season NBA game.

However, it is also worth noting that the individual players on show here have a lot to play for and a win, combined with a good individual performance, could be what gets them into the NBA this autumn.

When the rosters are released, one of the best strategies to employ if you are betting on the Summer League is to look through and see which teams have the most experience on their roster. This could be players who have played in the NBA last season, or those who were draft picks in earlier years, not this year, who are perhaps a little closer to NBA action than those who were taken this time around.

It is those players that have the most to prove and play for, and often those who come close to winning the overall tournament. Crypto betting sites has a full range of markets to choose from for the 2022 NBA Summer League.

How to Find Value in NBA Summer League Betting Odds? 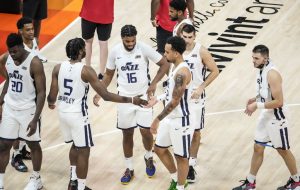 Perhaps the best part of the NBA Summer League basketball for fans is seeing the players that have been drafted most recently on the court. These players may still need another couple of years to develop their skills, but by watching the Summer League, fans are seeing a glimpse into the future of their franchise. 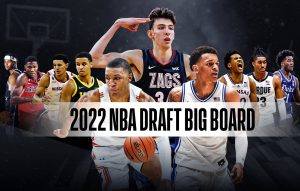 There has been a long list of NBA superstars come through the Summer League ranks, with the likes of Steph Curry, Kevin Durrant, James Harden and Russell Westbrook have all participated in the Summer League and those who were lucky enough to watch them will have seen some of the NBA’s best talent at a very young age.

This year, it is hoped that we see a large number of the 2022 NBA draft betting picks heading to the event, although full rosters have not yet been confirmed.

Jabari Smith was one of the standouts for Duke, averaging 16.0 points and 8.5 rebounds per game. He has good size and athleticism at 6’10”, and should be able to contribute right away at the next level. 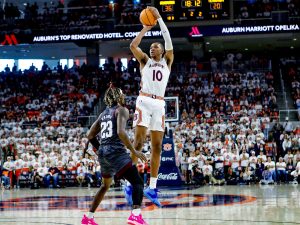 Chet Holmgren was another player who impressed, averaging 13.0 points, 9.0 rebounds, and 3.5 blocks per game. He has great size and length at 7’0″, and his shot-blocking ability will be a valuable asset in the NBA.

Paolo Banchero also had a strong Summer League, averaging 15.0 points and 8.0 rebounds per game. He is a physical presence inside at 6’9″, and should be able to make an immediate impact on the boards at the next level.

Jaden Ivey was one of the top scorers, averaging 19.0 points per game. He is a good shooter from long range, and his scoring ability will be a valuable asset in the NBA.

Jalen Duren was one of the top rebounders in the Summer League, averaging 10.0 per game. He is a physical presence inside at 6’10”, and his rebounding ability will be a valuable asset in the NBA. 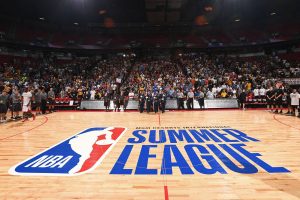 These five players are all projected to be first-round picks in the 2022 NBA Draft, and they should all make an immediate impact in the league.

Alongside these top players, we will also get the chance to see a number of youngsters who were hidden in deeper rounds of the draft. If you want see all 2022 NBA draft picks and future league stars live, get tickets to Las Vegas, buy NBA summer league tickets and watch event live. But dont worry its not the only one chance – NBA.tv will coverage this event.

Every team usually has a sleeper that no one was predicting would do well in the Summer League, but they surprise us all and come to the fore. This may be a player picked in the later rounds, who few people have heard of and this is what makes the league exciting and special.

This is a genuine chance for players to show what they are worth and try to earn a place in the big league, and play in front of packed houses against the top players in the world, night in, night out.