NBA Bubble – Everything You Need to Know

The NBA, like every other global sport has been unable to avoid the devastating social and economic impact the ongoing and unprecedented COVID-19 pandemic has had.

The NBA season was officially suspended on March 11 earlier this year after Utah Jazz player Rudy Gobert tested positive for COVID-19. However, after a three-month hiatus, the NBA Board of Governors finally announced plans to resume the sport on June 4.

The first stage of the NBA’s project restart is to begin seedings games which are scheduled to take place on July 30 with the play-offs pencilled in for Aug 17.

The resumption plan included an inclusive and entirely isolated ‘NBA Bubble’ in Orlando Florida which would allow the season’s remaining games to be played behind closed doors. Currently, the NBA has all 22 invited teams training at the Walt Disney World Complex ahead of the sport’s restart.

Despite the NBA being made up of 30 competing teams, the sport’s restart will feature just 22 teams. The eight teams not participating are The Cleveland Cavaliers, Golden State Warriors, Minnesota Timberwolves, Detroit Pistons, Atlanta Hawks, New York Knicks, Chicago Bulls and Charlotte Hornets.

The above teams who have not been invited to compete in the NBA’s Orlando bubble are the teams who failed to qualify for the restart due to only playing between 64 and 67 games. The restart plans are exclusive to the teams who are currently within the play-off places before the season being suspended. 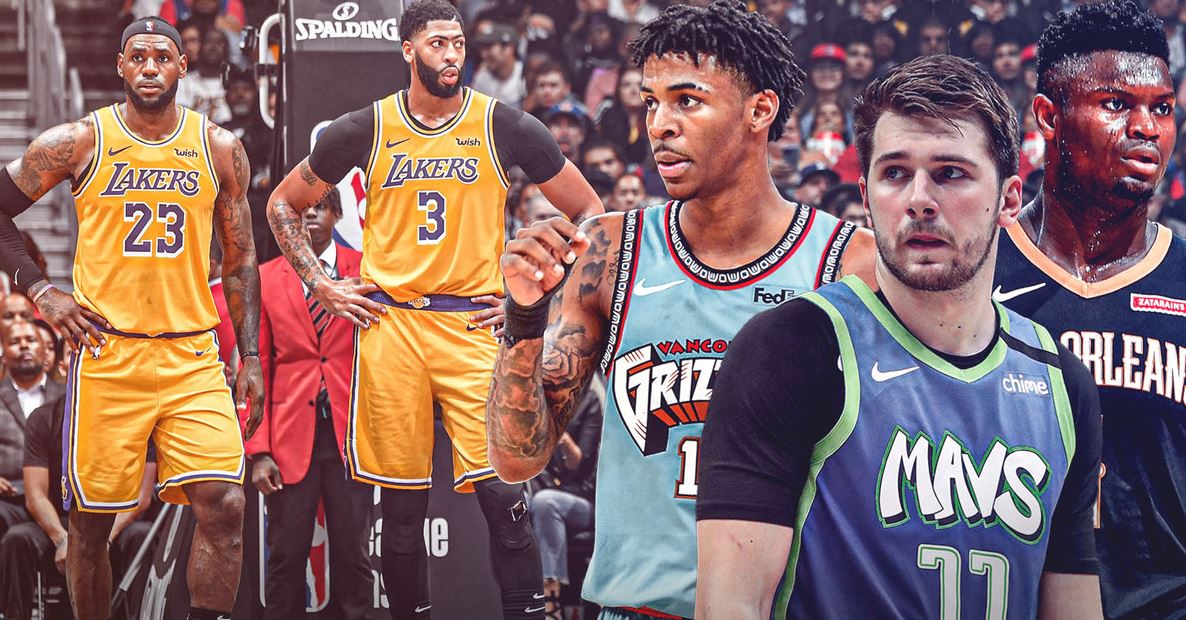 What is the New Format?

From July 30, seeding games will take place. Each team will play eight games during this period, with matches based on the original schedule and who teams had left to play. These will determine the seeds that each team have moving forward.

Across August 15 & 16, play in games will take place to determine who will get into the playoffs. However, if the 8th seed is four games or more ahead of the 9th seed based on win percentage from the regular season and seeding round, the play in round will not take place for that conference.

Then we get to the main event, the NBA playoffs will begin on August 17. The playoffs will run as normal, 16 teams, with four rounds and a best-of-seven series for each round. As teams are eliminated, they can move out of the bubble and go home.

Lastly, the NBA playoff final will start around September 30th, with game seven taking place no later than October 13.

Which Players Will Miss the NBA Bubble?

A handful of NBA players have decided to either opt-out of playing in the bubble or have been forced to miss through injury. It is those that have opted out of playing that have received the most attention, and here are a couple of the bigger names that will miss the rest of the season.

One player who won’t be in attendance in Orlando Florida for the NBA’s restart is LA Lakers point guard Avery Bradley. The 29-year-old has recently announced to ESPN that he has opted out of continuing the 2019-20 season due to family reasons. Bradley’s six-year-old son Liam has a history of struggling to recover from respiratory conditions. 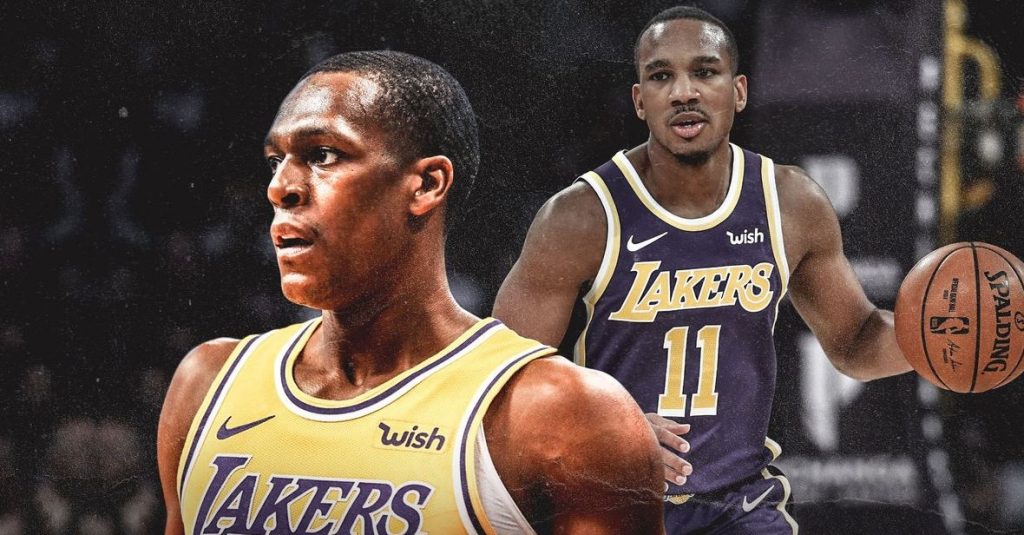 Davis Bertans has decided to opt-out for another reason because this summer is too valuable to him. He is heading into free agency and hopes to sign a big deal with a team in the NBA, and doesn’t want to risk that. His team Washington have almost zero chance of making the playoffs, so Bertans doesn’t want to put himself at risk.

The restart is going to throw players into an environment they have never been in before, and the winner is going to have to adapt quickly. Many teams will fancy their chances, but the title could be decided by the teams from LA. 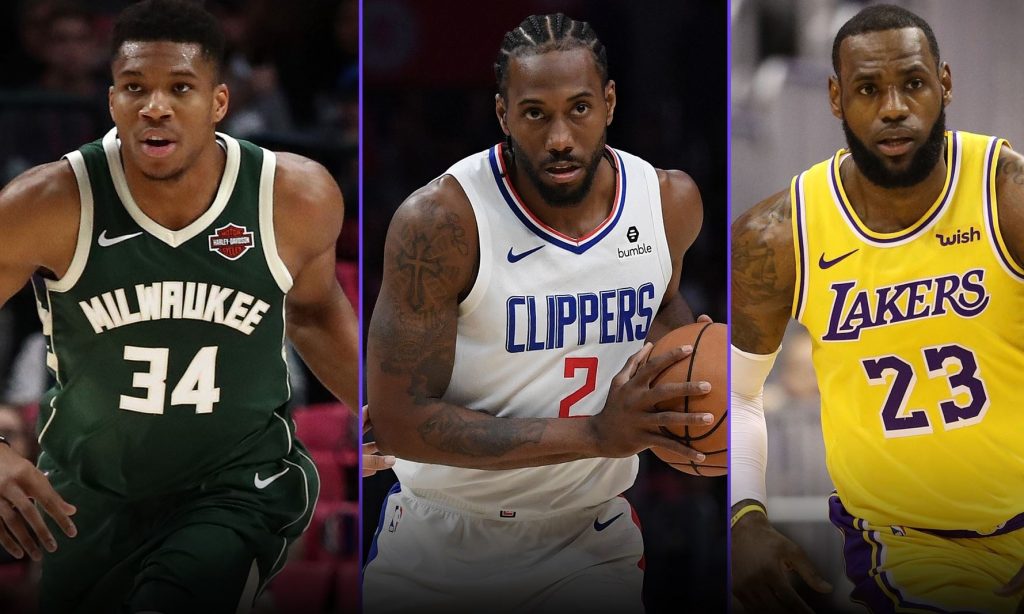 The LA Lakers are the marginal favourites among bookmakers to win the Championship outright. The Lakers currently hold a 5.5 game advantage over rivals Clippers in the Western Conference standings and will be looking to utilise their rosters vast Championship-winning experience. With previous play-off finalists such as LeBron James, Danny Green and JaVale McGee all on their roster, the Lakers experience could see them regain their 2010 title.

The Bucks have arguably the best player in the NBA within their roster, forward Giannis Antetokounmpo. Dubbed ‘The Greek Freak’, Antetokounmpo’s stats thus far this season could well see him crowned the NBA’s 2020 Most Valuable Player (MVP).
The 25-year-old has racked up a remarkable 29.6 average points per game in just 57 games according to ESPN. Should the Bucks go on to win the Championship, arguably it’ll largely be down to Antetokounmpo’s offensive contributions.

Before the Clippers adding forward Kawhi Leonard and guard Paul George to their ranks, arch-rivals the Lakers were expected to come out on top in what is being dubbed as ‘the battle of LA’. However, the Clippers impressive additions look set to challenge that outcome and could be in a prime position to secure their first-ever NBA Championship.

Click here and find out best crypto bookmakers 2022 if you want make NBA bets with crypto.

Looking ahead of the NBA’s season conclusion, the annual NBA Mock Draft 2020 is scheduled to take place on October 16. The top three rated players expected to become the first draft pick ahead of the 2020-21 season are 18-year-old Anthony Edwards, 19-year-old James Wiseman and already pro 18-year-old LaMelo Ball.

The draft lottery to determine who gets the first pick will take place on August 20, and will feature the eight teams who have not taken part in the restart. One of these will land the first pick of the draft, and the others will be put in order. They will then be followed by the six teams who play in the bubble but don’t make the playoff rounds, with the playoff teams coming last.

Edwards has been one of, if not the most impressive rookie this season whilst playing for college side Georgia. Edwards’ style of play has seen him become best known for his strength and physical toughness. The youngster has impressed with his scoring ability after racking up an average points per game of 19.1 in just 32 games.

Edwards’ has also shown promise in his intelligent nature to make game-deciding plays both on and off the ball. His break-out rookie year could well see him become 2020’s number one draft pick. 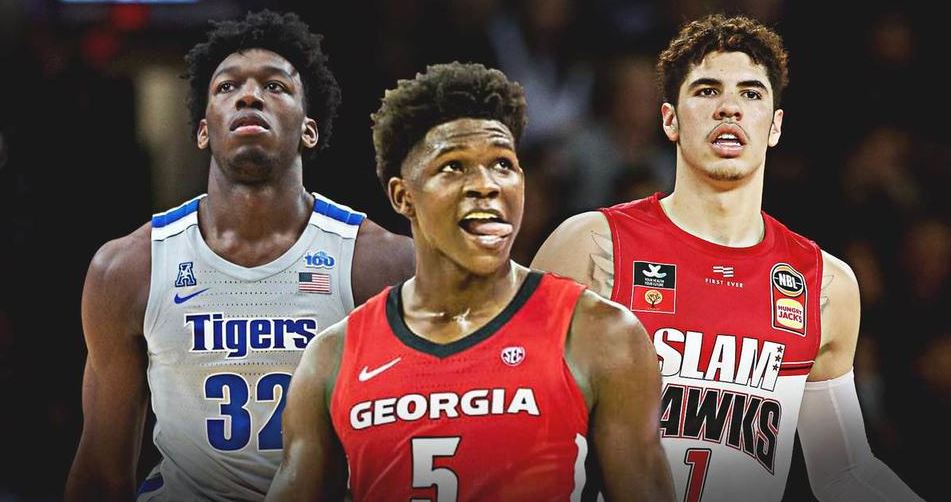 Wiseman who stands at well over 7 feet tall is the second favourite for NBA’s number one draft pick for good reason. Despite his gigantic size and incredible 7-5 wingspan, the surprisingly agile centre possesses a great ability to get up and down the court.

Wiseman also often demonstrates superb footwork which can allow him to create space for himself and his team-mates. Given his age and his explosive nature, it would be fair to expect it’s only a matter of time before the young American swaps Memphis College basketball for the big league.

Ball is the only draft contender out of the top three who is already under a professional contract. The 18-year-old signed a two-year pro deal with Australian side Illawarra Hawks with an NBA clause believed to be active within his current deal.

The commanding 6-foot inch 7 guard has endured an impressive season and is believed to be one of the players to watch ahead of next season.

Ball’s natural ability to control and dictate matches is helped with his unique creative traits. The young American is often lauded for his quick movements and high energy. With professional experience already under his belt, do not be surprised to see this youngster become October’s first draft pick.