The Coronavirus crisis has inarguably crippled the sporting world. All sporting leagues, big and small, have cancelled their respective 2020 game seasons except for the Belarusian Premier League (Vysshaya Liga).

The Belarusian Premier League, more popularly known among locals as Vysheyshaya Liga, just started their 2020 season and is slowly grabbing the attention of football fans from all over the globe. Footballers playing in the Belarus Vysshaja League are still on the turf playing despite the serious risks brought by the COVID-19 virus (read more – pandemic affecting sports).

Given that virtually all football games around the world have either been cancelled or postponed, only the Belarusian League decided to press on with their 2020 season games. Football fans from different parts of the world are starting to become interested in the competition and the clubs playing in the Belarusian Premier League.

Now that you are about to tune in to their season, which clubs are worth watching and supporting? Here are some of the things that you need to know about the football landscape in Belarus and most popular for this year’s Belarus Vysshaya League predictions. Before you will make a bet, you should know best football bookmakers sites.

But first, you might be wondering why the Belarusian Premier League is still on. The FIFPro, the global players union, has commented that the continuation of the league is incomprehensible in the face of the troubling coronavirus outbreak in Europe. But it seems that Belarusian President, Alexander Lukashenko has a different opinion about the threat of coronavirus in his beloved country.

President Lukashenko, who has been in office since 1994, announced at an ice hockey match that he played in a few weeks ago that, “it is better to die standing on your feet than to live on your knees.” The 65-year old Belarusian leader added that the best way to stay healthy amidst the Coronavirus outbreak is to drink vodka and visit the sauna.

Although playing on was not recommended by health experts, the Belarusian Premier League carries on and has exploded in popularity in the last few weeks. At present, the league has secured broadcasting rights across 10 different countries. If your country is not one of them, you can be updated through streaming sites available on the Internet.

A large majority of the clubs in the Belarusian League have been working overtime promoting themselves on their social media platforms. There are even fan-created English Twitter feeds that have been created to cater to their new, remote fanbase. 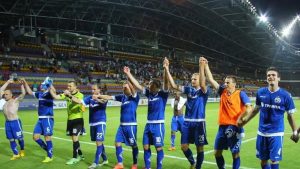 The Belarus Pervaya Liga has been in existence since 1993, the year when Belarus gained their much-sought-after independence following the collapse of the Soviet Union.

Today, the league features 16 teams that play each other home and away. The Belarus Football League is one of the least supported in Europe. The football clubs typically attract a few hundred supporters during matches.

Dinamo Minsk was the original dominant side, as it claimed six of the first seven Belarusian League championship titles, but they have only won one title since 1997 even though they have also finished as runners up on 8 separate occasions.

Dinamo Minsk was the only club that represented the country in the top tier during the Soviet Union era. In 1982 team won Soviet Top League title and it was best Dinamo Minsk FC results. 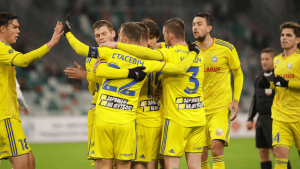 So, which team should we watch out for?

It’s not exciting to cheer on the winning team all the time, especially a serial winner that has consistently dominated the league for more than ten years. BATE Borisov FC, which represented the humble beginnings of Borisov Automobile and Tractor, is the team that you should love to hate in this league.

BATE Borisov accomplished an amazing 13 titles in a row from 2006 to 2018. It successfully monopolised the competition and BATE is always in the top of Belarus league table, which also paved the way for the club to have a chance to play in the Champions League against the likes of Arsenal, Barcelona, AC Milan, and Chelsea to name a few.

Technically, fans do not have an absolute hatred for BATE. In the local scene, BATE is the most hated team. However, during the Champions League and Europa League, tremendous support is given to the team by fellow Belarusians. 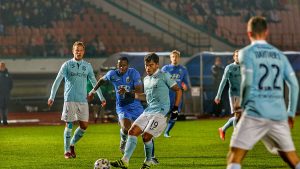 And who is the reigning champion?

The defending champions are Dinamo Brest FC, who ended BATE Borisov reign in top of Belarus Vysshaya league table, after winning the title last season by five points after a single defeat. The team from the southwest portion of the country, a next-door neighbour of Poland, had successfully claimed the domestic club for two years straight. This winning streak further boosted their consistency to challenge for league honours last year, for the first time in its history.

When it comes to the player everyone loves to hate, we have the 35-year old Artem Milevskiy from the reigning champion club, Dinamo Brest. He is considered to be one of the greatest football players from Ukraine. Milevskiy dominated the Ukrainian domestic league during the first decade of the 21st century. So it will be interesting to see which place Dinamo Brest FC will took this season in Belarus Premier league table.

So, what team should you be rooting to win?

This might go against the standard policies of favouring just one team, but FN Isloch makes a grand case as to why they are to be your team to support this season. Vitali Zhukovski, an FC Isloch player has been leading the team from the start to be one of the top football teams in Belarus. They have won two of their first three league matches in the top-flight, as a 3-2 defeat against Slutsk last time out ended their winning start to the new campaign. 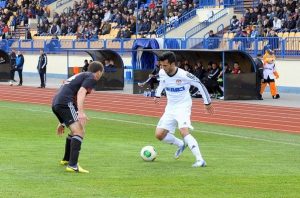 How long will the league run this season?

As one of the three football leagues still operating at the moment (Nicaragua and Burundi with leagues running, too) the Belarusian Premier League is in a somewhat problematic situation.

Local Ultras or fan bases of Dynamo Minsk, Shakhytor Sologorsk, Neman Grodno, and Vitebsk have all announced that they will not be in attendance for their respective team’s fixtures these coming weeks due to the growing worries over the corona pandemic.

The question in everyone’s mind is will the league surrender to the pressures imposed by the growing number of fans encouraging the cancellation, or at least postpone their season? So its very hard to make Belarus Premier League predictions, when you dont know when this league will be cancelled.

No events on selected day
People are asking these questions
⚽ How many teams is playing in Belarus Vysshaya League?

⚽ What is best Dinamo Minsk results in Belarus League standings?

⚽ What is Belarus League predictions for BATE in Belarus table and the end of the season?

⚽ What is people of Belarus predictions for when league will be cancelled?

Many fans in Belarus already boycotting matches over fears about coronavirus. So every day could be last day for Belarus football league.