The pandemic continues to take a grip on the world, with the sports industry being one of the hardest hit. We have seen a large number of different sporting events cancelled, full shutdown in certain countries and few opportunities left for those who are looking to bet.

The measures in place are expected to last into April, and could go on for further than that depending on how countries cope with the pandemic. Here is a look at what we know so far, the impact we have seen and what is left for you to bet on in the coming weeks.

What Sporting Leagues are Cancelled or Closed?

It is probably better to explain what sports are still remaining than the ones that have closed. In Europe, we have seen full scale football cancellations, with the Turkish Super Lig is currently the only major league in Europe still taking place, with games going behind closed doors.

Leagues such as the Premier League, La Liga, Bundesliga, Serie A and many more top leagues are all cancelled until various different dates, with the potential to extend these.

In America, all major sporting leagues are cancelled, this is the NBA, NHL, NFL, MLB and MLS so there is no sport there. They have also cancelled college sports too, including March Madness.

Golf has been suspended, with major events such as The Players Championship and The Masters both being cancelled. Tennis has followed suit, with the French Open being cancelled and more events are expected to follow.

Horse racing in the UK, France and the USA has been cancelled, with all stating that this will be until April at least. Those in the UK and France tried to get racing to continue behind closed doors, but after that happening very briefly, the decision was made to stop the action all together. 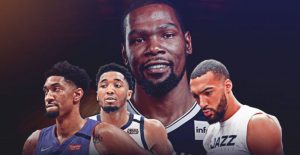 Which Sports Stars are Infected by This Virus?

We have heard about many sports stars going into isolation and being confirmed as testing positive for the virus. Whatever has happened so far, the chances are that this group is only going to grow and more sports stars are going to get coronavirus over the coming weeks.

The Premier League was halted when it was confirmed that Arsenal manager Mikel Arteta had coronavirus and him and his squad had to self-isolate. Elsewhere in the Premier League, Chelsea player Callum Hudson-Odoi has also tested positive along with Artur Boruc, the Bournemouth goalkeeper.

Italy is the centre of the virus as far as Europe is concerned and there are many Italian Serie A players who have caught it. The first of those was Juventus player Daniele Rugani, with many more following him.

As countries such as the UK and USA rapidly increase with the number of positive cases they have, you can expect to see more and more sports stars affected by the virus. They are, of course, just as likely to get the disease as anyone else around the world and will have come into contact with a lot of people. 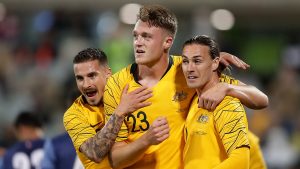 What Leagues and Sports are Left to Bet On?

This is something that is changing at a rapid rate and depends on the level the virus is at across the world.

In terms of football, the two biggest leagues currently still playing are the Turkish Super Lig and the Australian A-League. Argentina still continues to press on with their football season and they are hosting cup games across the weekend if things stay as they are.

Some smaller leagues are active and many of those are in Africa, where the virus is only just beginning to affect many countries. For example, the Nigerian Premier League and Tanzania Premier League are both scheduled to continue as normal this week.

What punters will be hoping is that as more football leagues go into lockdown, some of those that have been off for weeks can return to action. This will mean as we lose leagues, we gain some back and over the course of this month and next, there will always be some football on offer to bet on.

With no horse racing in the UK (find out best horse racing bookies), many people will be turning to greyhound racing for a bet. These meetings are all taking place behind closed doors but are being televised by bookmakers so people can place a bet and watch some kind of racing. The hope is that this can continue and cover the gap left by horse racing, although that is unknown.

Another sport remaining active throughout the coronavirus crisis is table tennis and there are multiple events currently taking place. These are the Setka Cup, TT Cup and Moscow Liga Pro. All have multiple games scheduled to take place over the coming days and bookmakers will be offering betting on them on a daily basis, giving those who wish to bet something to look at.

In ice hockey, the Russian KHL was the last big league to suspend their games but the second tier, the VHL, does continue for now. There is also ice hockey still taking place in Belarus too, though the rest of the world has closed down.

The way that the sports industry is reacting to this right now is league by league with no overall measures in place for specific sports. This means that things can change from day to day and it is always best to log onto your bookmaker website (find out best crypto websites) and check out what is on offer each day if you are looking to bet.