Thailand is situated on the edge of mainland Asia and has a diverse culture throughout the nation. One of the key parts of this culture is football, which is arguably the most popular sport in the world. The country has its own national football team, as well as several Thai football club teams competing in different leagues.

Thailand is not renowned for its football talent but has plenty of players and teams that show what the country is capable of when it comes to sport. It has several rival countries in Asia that rival not only the national team but the league within the country for football dominance on the Asian continent. With a population of just under 70 million people, Thailand has a thriving football culture that is spread far and wide over the country.

Thailand national team has come under many different guises over the past century, first appearing under the Siam name in 1915 and playing in several matches against local opponents and those from further afield. They appeared in later years in the summer Olympics, as well as the Southeast Asian Games. They only played in two summer Olympics, with the first in 1956 and the second in 1968, having failed to make it back as a team since.

The AFC Cup is in the competition that the Thailand national team have made several appearances at, having qualified in 1992 to progress to the cup and holding their own to a couple of draws and a 4-0 defeat to Saudi Arabia. In 1996 the team saw much more success, beating Malaysia 1-0 in the final of the ASEAN Football Championship. They qualified for the same tournament many times but lost out on most occasions to other Asian teams. 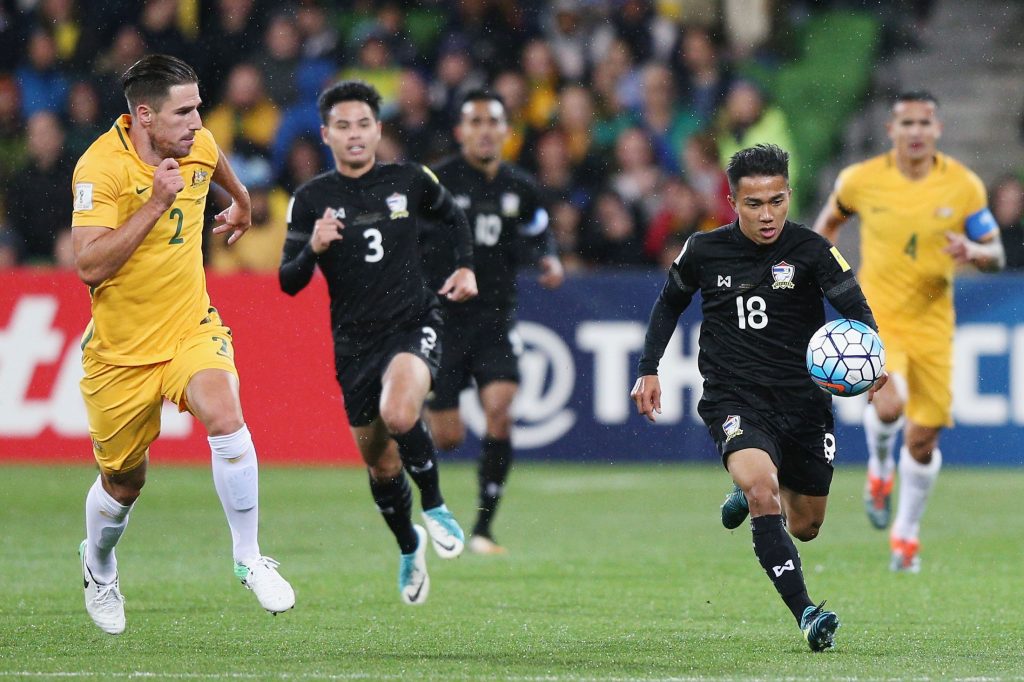 The 2000 AFF championship was held in Thailand, and the host nation managed to beat Indonesia in the final to secure their second title. 2 years later in 2002, the team managed to once again triumph over Indonesia in the final, although this time they only managed to win on penalties after leading Thailand national game 2-0 and being forced into a draw. In the following years, the national game of Thailand team struggled to maintain this level of success, with several years passing without any signs of major improvement and without any more titles being added to their collection.

In 2008 the team took on Peter Reid as their manager, but he left after just a year in charge due to the team’s failure to win another AFF championship. They lost in the final to Vietnam in a 3-2 defeat on aggregate. After several more changes in head coach, the team once again made it to the final of this tournament but lost to Singapore. Finally, after 12 years without a victory, the team managed to win the AFF title once again in 2014 when they beat Malaysia over the two-leg final. Their most recent win came in 2016 when they beat Indonesia 3-2 on aggregate. 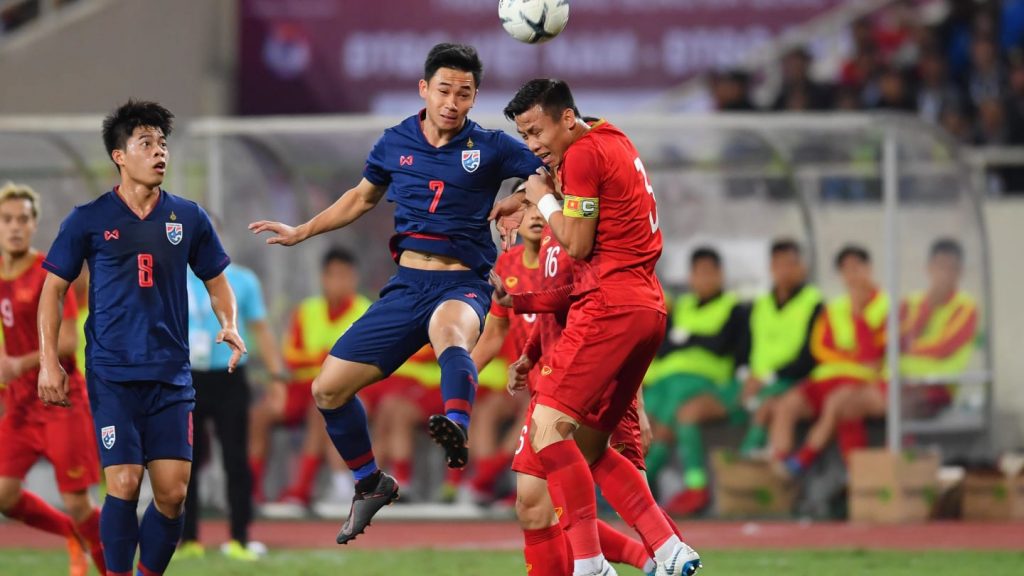 The national team’s biggest rivals are Vietnam, Malaysia and Indonesia, and they have faced each other in various finals over the years with different teams coming out on top each time. The rivalry with Vietnam has been dubbed as the El Clasico of the ASEAN region, with the teams coming together on various occasions and providing footballing spectacles, with Thai team favouring the tiki-taka football style of Barcelona with lots of short passes. The record between the two teams stands at 22 wins for Vietnam to Thailand’s 19, with the teams drawing a total of 6 times.

Thailand also holds a fierce rivalry with its southern neighbours Malaysia, with whom they have battled closely once more. They have beaten them 35 times and lost 41. However there have also been 35 draws between the two teams, showing just how close things are between them. Thailand have failed to beat their Malaysian rivals away from home, showing the power of the home support advantage.

Finally, Thailand’s third-biggest rival is Indonesia. They have managed to secure a more favourable set of statistics against the Indonesians, with 33 wins, 18 losses and 17 draws. They have met in the AFF finals three times, with Thailand winning every time. However, in recent years the rivalry has lost a lot of its flair due to Indonesia struggling to maintain any kind of dominance in the footballing world.

Bangkok United is one of Thailand’s biggest clubs (offical site bu-fc.com), founded in 1988 and competing in the top tier of Thai football, the Thai League 1. Bangkok football team started as the Bangkok university team, and players at their home ground, the True Bangkok football Stadium, in front of up to 25,000 fans.

What we found in bu-fc.com site that the team has had some decent success in the past, having won the title of the Thailand Premier League back in 2006 as the underdogs, and this allowed them to qualify for the AFC Champions League that year as well. Although Bangkok FC didn’t have success in the tournament, it was still monumental for the team to get there. 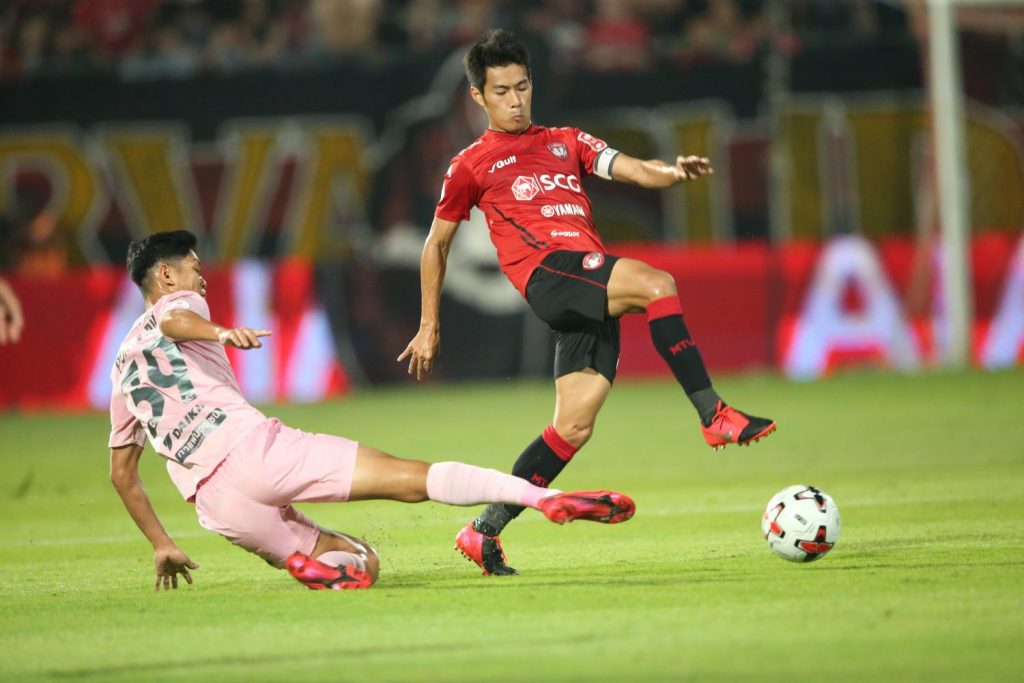 Thai Premier League became the Thai League 1, and this is the top tier in Thai football, with 16 clubs trying to reach the top and stay away from the relegation zone at the bottom. Its biggest competitor in terms of Asian football leagues is the Chinese Super League. It consists of the same number of teams, but only appeared on the scene in 2004. By attendance, the Chinese Super League is the 6th most popular in the world, and it is also one of the most lucrative in terms of the money involved.

Many high-profile players have transferred to the Chinese Super League for major fees, with several exceeding €50 million. The highest transfer involved Oscar from Chelsea, going to Shanghai SIPG in 2016 for €60 million. Even though the league implements foreign player restrictions, the money involved makes it difficult for players to say no to a move. This means the CSL teams get a lot of top names in their teams, making it hard for the smaller league teams, like those in Thailand, to progress in the Champions League.

Best stadium is Rajamangala in Bangkok. Its biggest stadium with 49,722 capacity and here is playing Thailand national football team.

⚽ Which team has most wins on Thailand cup?

Most successfull club in Thai League Cup is Buriram United, they won 5 titles.