Football Over Under 2.5 Goals Strategy

As punters have turned to alternative football betting markets, the over under 2.5 goals market has turned into one of the biggest out there. Many people will use this to bet on games, either as an accumulator betting on a number of different games together or as a one-off bet in a game they are watching live. Either way, this over under 2.5 goals strategy is rapidly increased in popularity to become one of the most used.

There may be some people out there that have never heard of this market, or have heard of it but never used it before. If that is you, here is a quick look at what the over under 2.5 goals betting market actually is and find out under over 2.5 goals football tips. If you like betting with crypto, we made for you best crypto bet bookies rating.

People are asking these questions
⚽ What does over 2.5 goals mean?

Predicting over 2.5 goals is something you can do and most people place their bets based on stats from previous games. Look for teams that score a lot of goals and also those that concede a lot to put together games where you think over 2.5 goals will happen.

When you are placing a bet on under 2.5 goals, this means that you are betting on there being two goals or less in that game.

The reason for the market being over under goals 2.5 is to eliminate the draw, this market cannot be a draw, there are just two options and one of them has to win.

On this market, it doesn’t matter who wins the game, who scores the goals or the final score. The only thing that determines your bet is the total number of goals in the game. This makes the market perfect for those who want to bet, but don’t want to pick a winner, or are finding it tough to select who will win the game. 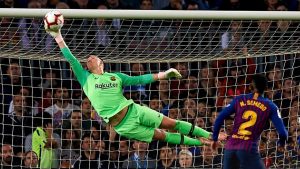 Is it Possible to Find a Real Working Over Under 2.5 Goals System?

There are some betting over 2.5 goals system or under goals system strategies out there that do work for this kind of betting. Like all systems when it comes to betting, none are 100% guaranteed but there are ways in which you can bet to put the odds in your favour.

With this being a bet based on stats there is also a lot of work that you can do yourself to help when betting on this market. While historic stats won’t always give you winners, they will point you in the right direction and give you a list of teams and leagues to follow that have been showing a tendency to either score a lot or not score very often. 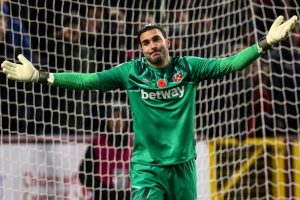 When it comes to the most appealing of these two betting options, more people will prefer to bet on over 2.5 goal rather than under it. This means you are betting on a game being exciting with goals and plenty of chances, rather than betting on it being a boring, dull affair. If you are watching the game then you want it to be good, so naturally, you will want to bet on the possibility of a good game.

When you are looking at betting on a game to have over 2.5 goals there are two things that need to come together for it to be worthy of a bet. The first over 2.5 tips is attacking ability, you are either looking for two teams who like to attack playing against each other or you are looking for a game in which you think one team will dominate and score a lot of goals.

The second over 2.5 goals system tips thing you are looking for is teams that have poor defensive records. While this market is all about goals and teams that score, you are more likely to see goals in games if there are poor defensive players on the field. These players are not as good, and also prone to making more mistakes which should create chances.

While there will be some people who look at individual teams and bet on them to be involved in games with over 2.5 goals, it is worth looking at the bigger picture here and finding games that have two teams involved who both look to have good chances of scoring, and have a poor defensive record.

The ultimate over 2.5 goals tips strategy would be to find a team that likes to score goals and are poor defensively playing against another team that are exactly the same. This gives you two teams who attack with the ball and try to score and two defensive units that have shown that they concede on a regular basis. 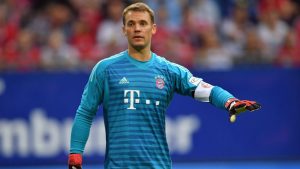 Some punters will ignore the under 2.5 goals tips option on this market because they don’t want to bet on games that are going to be boring. If they are having a bet, they want to bet on a game to be good and to be entertained. It is the same reason why some people don’t bet on draws because they want to actually have a team to cheer on in the game, whereas you can’t really cheer on a draw.

However, ignore this market at your peril, as it can be just as good for sourcing winners as the over 2.5 market, if not better.

With the bookmakers knowing that they will take more bets on the over 2.5 outcome rather than the under 2.5 outcome they factor that into their odds. When looking at games, you will find that over 2.5 is nearly always the favourite, even when games look fairly even in terms of the outcome of this particular market. 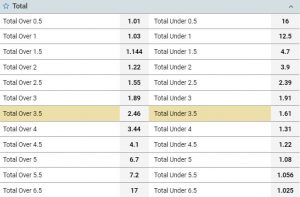 This is where you can be a little unfashionable as a punter, and bet on something that most other people neglect, which means you can pick up a slightly better price than you probably should get, as the bias is towards the over 2.5 section of this market.

When it comes to this market, this simple thing to do is look for the opposite that you look for in the over 2.5 market. Look out for teams that are struggling in front of goal and those who have excellent defensive records. Again, you should not only look for one team like this but look to find two that are playing against each other to form the ultimate pairing as an under 2.5 goals betting strategy.

A team that is strong defensively will record many clean sheets, and their best chance of doing that is when they play against a team struggling to score. If this is happening at both ends of the field then there is a chance of no goals in the game, or if there are goals then there is likely to be just one to separate the teams, which would make this bet a winner.

With the under 2.5 goal betting strategy, it is also worth looking at other factors that could make for a low scoring game. These are things you can’t really think about when betting on over 2.5 goals, so you have more reasons to bet when looking at under 2.5 goals.

For example, if a team have one main striker and he is suspended or injured then they are not as likely to score goals in their upcoming games when he is missing. There is also the effect of the score to consider, which becomes even more important when you are looking at betting on games with two legs in cup competitions.

In this case, you may see things such as a draw suiting one team the best as it would help them to qualify for the next round. If that is the scenario then this team isn’t going to be going all out to attack in the final minutes of a game if they have a draw at that time. Instead, they are going to drop to a slightly more defensive formation and hold onto what they already have. 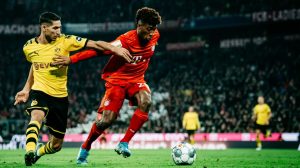 The big European football leagues are some of the biggest in the world and that makes them hugely popular with betting punters. These leagues often have excellent television coverage too, so you are able to bet and then watch the games live, cheering on your bet to victory.

Some leagues are known for having more goals than others in them, and for this reason, punters target specific leagues to bet either over 2.5 goals or under 2.5 goals in them. This is a great starting point and strategy to employ, you can look at the overall picture of the league and then pick out the best-looking games from it to place your bets on. 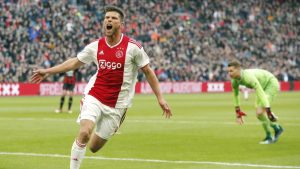 As far as the biggest and most popular European leagues go, the best ones for betting on over 2.5 goals based on current stats for the 2019/20 season are the Bundesliga, Eredivisie and Serie A. 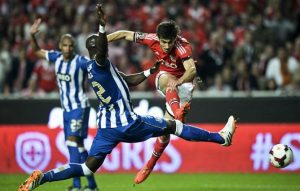 The only big league in Europe to average less than 2.5 goals per game at the moment is the Portuguese Primeira Liga, which has an average of 2.47 goals per game.

With the majority of leagues around Europe holding free-scoring teams, if you want to bet on under 2.5 goals then you need to do more than just look at the overall league stats. This is where you will need to focus on specific teams in each league who are struggling to score.