The start of the new MLB season was supposed to start on the 26th of March, straight out of a very eventful offseason. MLB scandals, big transfers, the revival of historic rivalries – all of it pointed to a season we’re not likely to forget any time soon.

However, with the national emergency created by the coronavirus pandemic, Major League Baseball has cancelled the remainder of Spring Training games on 12th march and pushed the start of the MLB 2020 season by at least two weeks.

The decision has been made following a call with all 30 Clubs and after consultation with the MLB Association. The action is being taken in the interests of the safety of both the players and millions of fans. With new developments, the current situation matters to punters as well. With all in mind, those who want to get informed on the 2020 MLB season should keep reading this article.

For starters, let’s go through some of the official rule changes that will come into play this year. 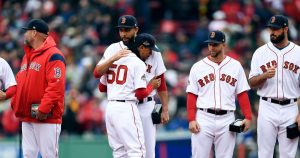 To give you a general sense of how team lineups have changed compared to last year, let’s go through some of the biggest deals that happened this offseason. Let’s start with the big one everyone’s talking about:

Of course, as active as this winter was, there are dozens of other trades and signings – way too many for a short article. Still, these are the ones that are most likely to impact the season, in our opinion. 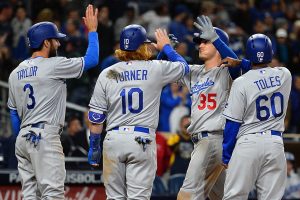 So, after all the drama we’ve already seen, who’s most likely to take home the championship?

After the Mookie Betts trade we mentioned earlier, the Dodgers now boast 2 of the 5 best players in major league baseball, if the consensus is to be believed. To put their current strength into perspective, even if these to players – Betts and Cody Bellinger – were suddenly gone from their lineup, LA would still be strong favourites to win NL West. If you also take into account no less than 106 wins last season, the Dodgers appear more ready than they’ve been in a long time.

Still, if the bookies are to be believed, the favourites in terms of MLB outright betting odds are the Yankees. Despite devastating injuries last year, they clocked 103 victories in 2019. With players like Luis Severino, Aaron Judge, Giancarlo Stanton, and the recently added Gerrit Cole, it’s not hard to imagine a great year for New York.

The Astros got a lot of press these last few months with the infamous sign-stealing investigation. They’ve had their wrists properly slapped by the MLB, but that doesn’t change the fact that they have a strong core team responsible for the championship title in 2017. 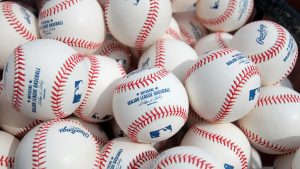 All of this is well and good, but a true punter does not merely look at who is going to win – they look at value. With that in mind, here are our MLB betting predictions for long term bets.

AL Central – Chicago White Sox. With a somewhat unfavourable +400 line (5.00 odds) and no winning seasons since 2010, it might be easy to overlook the South Siders. However, Chicago have been showing clear signs of progress these years and had some important additions to their lineup this offseason. In terms of value alone, this is a smart bet.

AL West – Houston Astros. Although still favourites at -275 (1.36 odds), the Astros’ recent issues are bound to shift popular perspective against them. If you’re looking for a tidy profit, that is great news.

NL East – Washingon Nationals. Repeating a winning championship is tough, but the Nationals taking NL East seems like an easy choice to us – yet the bookies disagree.

Champions: LA Dodgers. We’ve already talked about this team’s strength, but the odds do not favour them due to a bad run for the last 3 decades or so. Still, no-one can deny their chances at finally coming back to form.

If outright betting is not your style, we can still offer some help. Here are a few simple MLB betting strategies and MLB betting systems.

History will tell you that, in baseball, favourites do not dominate as noticeably as in some other sports. Simply put, the gap between the strongest and weakest teams in narrower than one might think. Our MLB betting expert advice? Teams with lines of +150 (2.5 odds) and under are ideal. Other than that, try to look team that get unfavourable odds because of a losing streak. This is the gambler’s fallacy at work, and you can exploit it if you spot a chance.

Divisional underdogs are especially interesting because they are more familiar with the favourites’ tactics, which can result in surprise victories.

Handicap MLB betting is another exceptionally good option at times. The applied handicap cannot be higher than 1.5, which means spreads do not give even-money as they do in football, for example.

The system combines a MLB run line bet with a Moneyline bet on the same team. That way, you can secure a return even if the team does not manage to meet the run line handicap.

Look for value with different sportsbooks

As with any form of shopping, taking the time to weigh your options is a great idea. Different bookies give different odds, which can severely impact returns in the long run. Our advice is not to get stuck with a single bookie, even if they are your favourite. Check best US sports betting sites 2022 rating, but if you want make bigger bets with crypto, check best crypto currency sports betting websites.

No events on selected day
People are asking these questions
⚾ How much are mlb spring training tickets?

⚾ How many days until MLB spring training?

Due to coronavirus pandemic Major League Baseball spring training has been cancelled.

Paid services has Hulu TV and AT&T, you can use free trial for a while and watch free MLB games.

⚾ How many world series have New York Yankees won?

⚾ What is the New York Yankees mascot?

⚾ How much is the Houston Astros payroll?

⚾ What is MLB tryouts?