Since the establishment of the Israel State, sports have played a vital role in the growth of the country both domestic and on the international level. Despite the small population, athletes from Israel, including Yossi Benayoun, a world-known soccer player, have achieved international recognition. Additionally, Israel football teams have found success overseas, most notably Maccabi Haifa Football Club that has consistently performed well in Europe. Israel National Football Team has also been improving over time.

Outside of the professional arena, football has always been a pastime for thousands of Israelis. The long period of warm weather in Israel encourages football fans to enjoy the games, not to mention the competitive attitude that ensures youngsters become involved in lots of various sporting activities at a young age. With that in mind, let’s look at the history of football in Israel.

History of Football in Israel

Football is one of the most popular sports in Israel. As an organised sport, football first developed in the UK, which controlled Mandatory Palestine during the British Mandate period. The Israel Football Association, famously known as IFA, joined the Asian Football Confederation, AFC, in 1954.

And as a result of the political pressure from the Muslim and Arab members, the Israel Football Association was expelled in 1974. Between the late 1970s and 1980s, the organisation wasn’t affiliated with any confederation and during this period, national teams in Israel were only participating in FIFA tournaments occasionally in UEFA, CONMEBOL and OFC qualifying competitions. 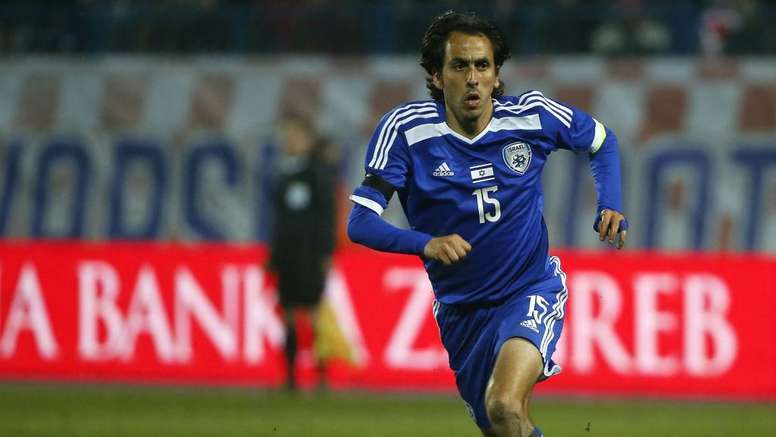 Finally, in 1992, the Israel Football Association was admitted to UEFA as an associate member and became a full member in 1994. Currently, football teams in Israel compete in all international competition as part of Europe.

When it comes to the league system, there are five levels and sixteen different divisions, which are all managed by the Israel Football Association. Relegation and promotion operate between the levels, allowing football teams to progress from bottom to top. The current structure of the league system in Israel include: 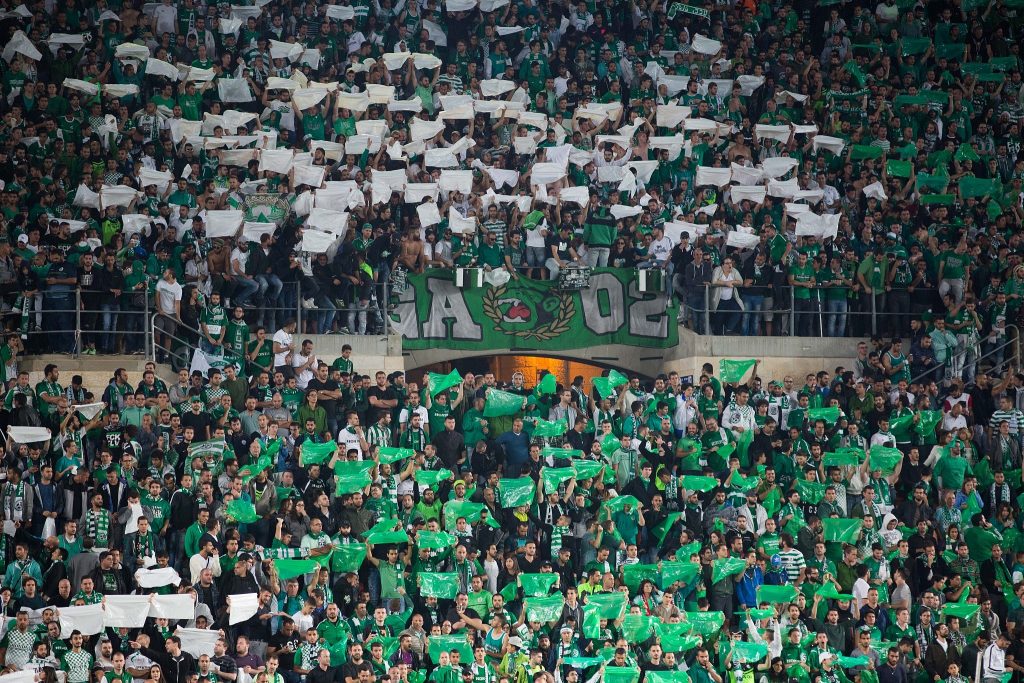 Aside from the league structure, there are two primary cup competitions in Israel. They include State Cup and Toto Cup. The State Cup is open to all clubs, with teams at higher levels joining the tournament in the later rounds. On the other hand, the Toto Cup is the national league cup that is first played in group stages, with the highest placed clubs qualifying for a knock-out stage.

Maccabi Haifa Football Club is one of the teams in Israel that have performed well in the two major cup competitions. So read on to learn more about this top football club in Israel.

Maccabi Haifa is a football team from Israel. It was launched in 1913, but its activity was affected by world war one. However, it was renewed in 1919, and the football department was a section of the club that activated other sports. The team only played against Arabs, local Jewish and English teams. 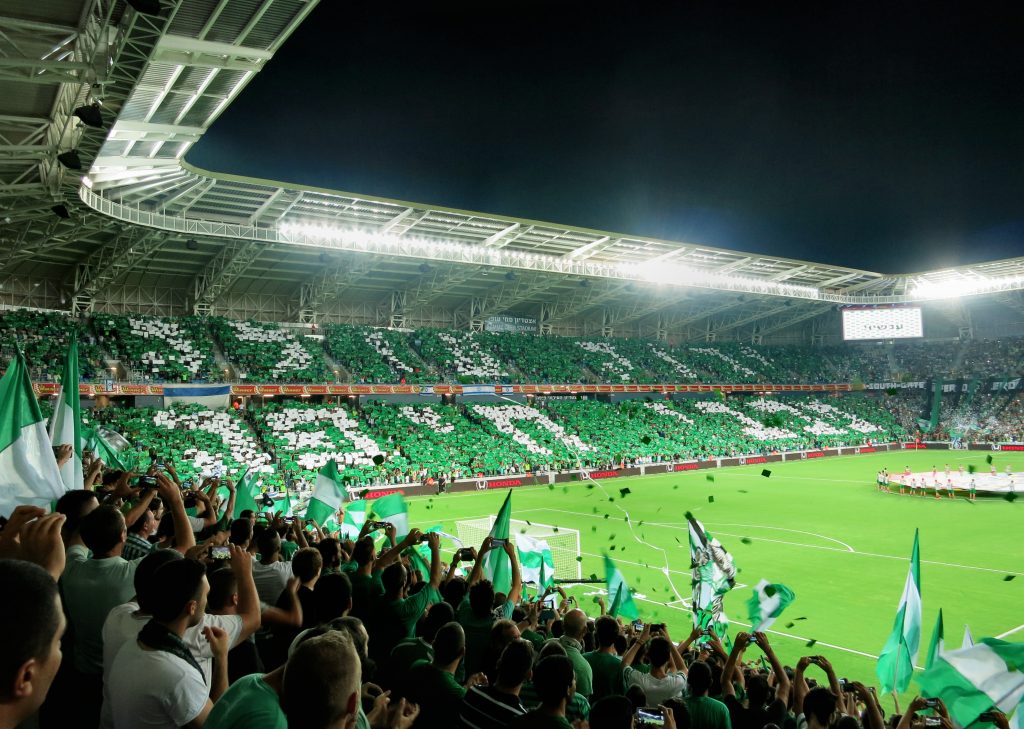 In July 1925, the Maccabi Haifa Football Club stopped its activity for some months due to a crisis. And at the end of the same year, it merged with Hagibor, one of the local clubs and its title changed to Maccabi Haifa Hagibor. A brand new football club was on the way, but it didn’t qualify for the first division.

It was until 1947 when it managed to reach the first division. However, it only played a total of five games during the entire season since eight of its department’s players, of which a few were youth, died in the fights when the Provisional Peoples Council in Tel-Aviv declared independence.

After the battles, a rebuilding process started, and it was primarily based on the players that grew up in the football club’s youth team. Auto Shlefenberg, a former player of the club, coached the team and after that became the manager. In the second half of the 1950s, the club demonstrated the finest soccer; however, it did not win any title. 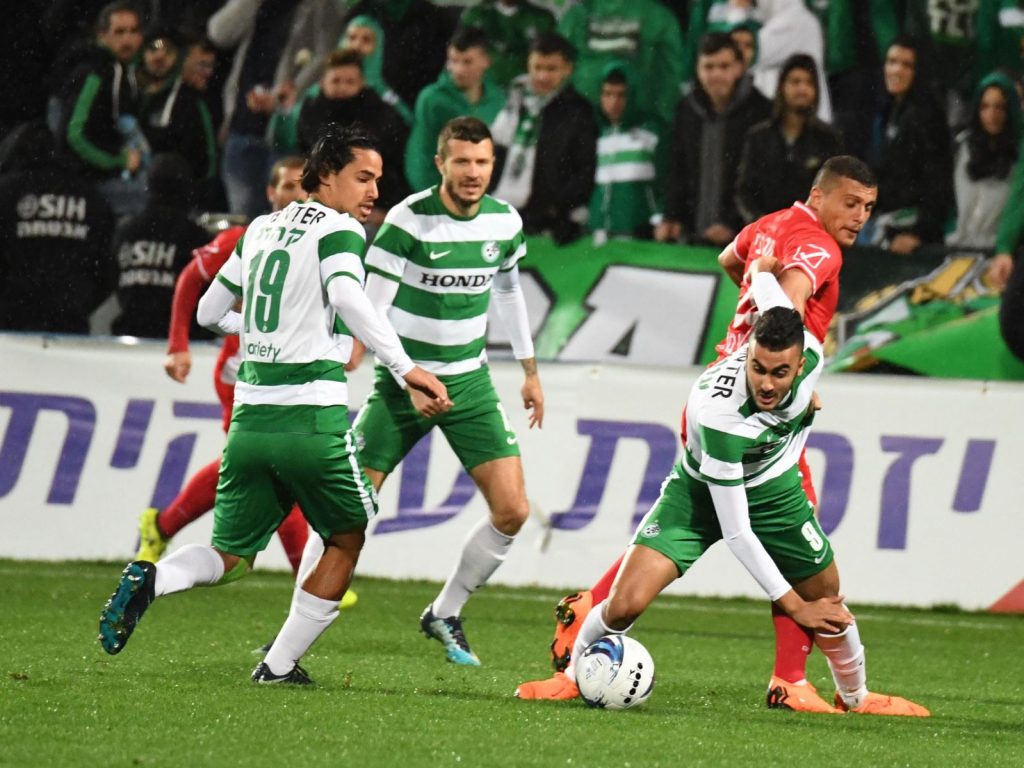 And in the 1973/74 season, the team dropped to the second division for the second time, under different circumstances. The Yom-Kippur war that started between the State of Israel and its Arab neighbours in 1973 was the main cause. Due to the war, some of its key players could not train, and players from the youth team replaced them but were unsuccessful. The team took one season to rebuild itself but stayed in the second division for four years.

In those four years, Haifa managed to recruit lots of young and talented players. Since it was considered a peripheral football club, prominent players were not willing to join it. Later in the 1983/84 season, the team returned to the Israel Premier League.

Maccabi Haifa Football Club hit the jackpot for the first time in 1962 when it won a local cup after an excellent performance against Maccabi Tel-Aviv. Also, the year after, the team managed to reach the final, but it lost to Hapoel Haifa. The team won its first-ever Championship Cup in the 1983/84 season when it returned to the first division. 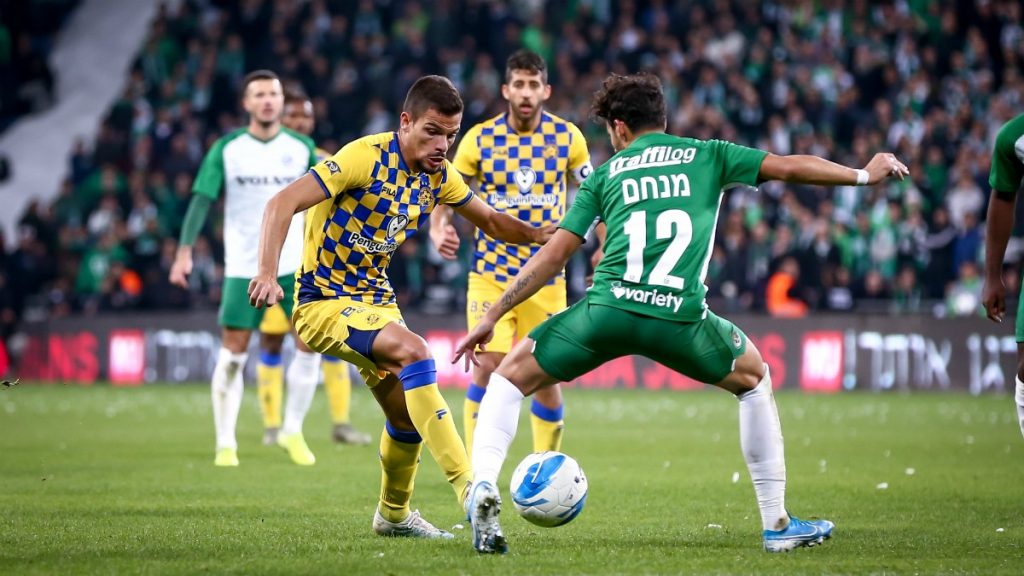 The 1993/94 season was the best ever for the team when it won another double. It started with an excellent journey in Europe, although it lost to Parma, an Italian team, in the last sixteen on penalties. Maccabi Haifa’s magnificent journey continued in the local competitions and won its first Toto Cup.

In the 1994/95 season, the team was also among title winners. However after this season, the team started its seven bad year period, but it managed to win a cup in 1998. Despite its bad performances in the seven-year period, it made it to the European Cup Winner’s tournament quarter-finals where it lost to Locomotive Moscow, one of the top teams in Russia.

Maccabi Haifa FC made its comeback in the 2000/1 season and became the leading club in Israel. With its new manager, Avraham Grant, it won its sixth Championship Cup. And in the following year, the club performed well and was crowned the champion. After a successful year, Avraham Grant received an offer to manage the national team, and under Yitzhak Shum, a new coach, Maccabi Haifa FC, reached the Champions’ League group stage. It managed to finish in the third place, making it to participate in the UEFA Cup.

And between 2004 and 2006, Maccabi Haifa FC managed to win three consecutive Championships. In 2004, it performed excellently in the UEFA Cup competitions and succeeded to the intermediate stage with a fantastic performance over SCKA Moscow. After two not great years, the club started the 2008/09 season with the aim to build a strong team for the many years to come. And currently, it is among popular teams not only in Israel and Europe but across the world. In the Championship, Maccabi is currently in the second position, which shows that it is still a competitive team.

Maccabi Haifa FC is one of the top four most successful football clubs in Israel. It was the first team in Israel to reach the group stages of the Champions League and the first to achieve this twice. 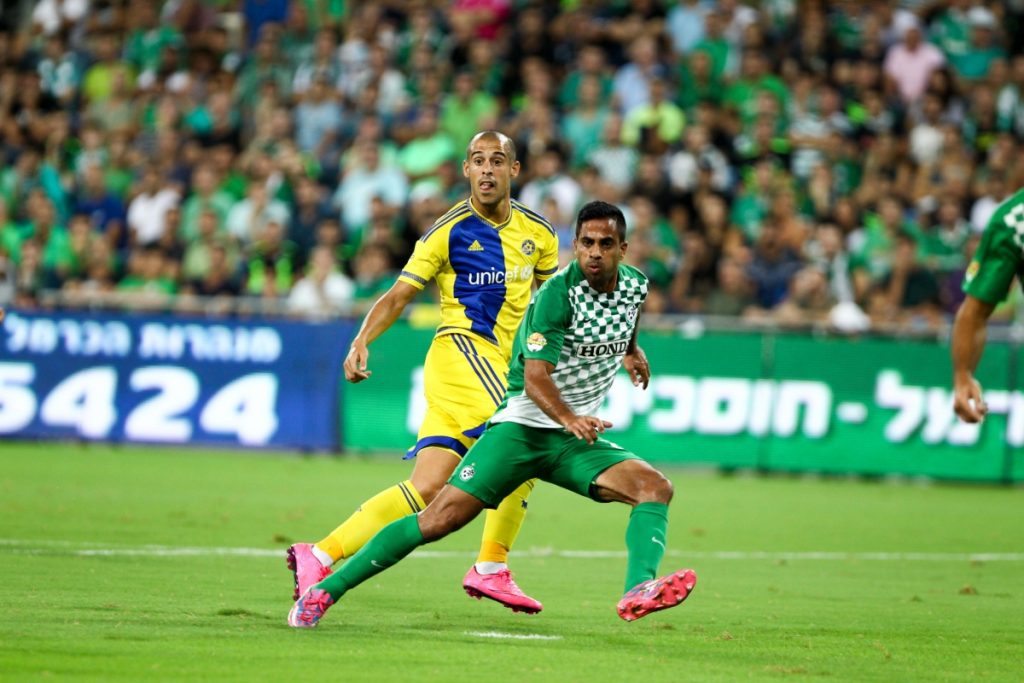 Also, it qualified to the quarter-finals of the European Cup Winners’ Cup, three times to the UEFA Europa League group stages and to the round of sixteen in the UEFA Cup. In the qualifying round of the Europa League, Maccabi Haifa FC won 8-0 vs Khazar Lankaran, which was a new win record of any team from Israel in the European competitions.

Aside from the European competitions, the team has also achieved some great results in the local tournaments. Its first game in history was against Maccabi Tel-Aviv in 1962 when it won the match by five goals to two. This was also the first time for the club to win a title. The second best match in its history was in the Cup’s final in 1971, although it ended in a 2:1 loss to Hacoach Ramat-Gan.

The 1990/91 season was the best for this team as it won the double after beating its close rival Hapoel Petach-Tikva in the Cup’s final and winning the Championship Cup. During the 1992/93 season, the team did it again by beating Maccabi Tel-Aviv, one of its greatest rivals. This promised Maccabi Haifa Football Club a ticket to its first participation in the European Cup of Winners’ tournament. Another successful season for the club was that of 1993/94 where it ended the year with 39 games win no loses. And this is the season it won the Toto Cup for the first time.

Also, between 2004 and 2006, the team had one of the best seasons winning three consecutive Championships, a scene that hasn’t been seen in the Israel Premier League for forty years. The game against SCKA Moscow was one of the best in the club’s history, and the achievement left a unique aroma. All Maccabi Haifa Football Club fans will always remember this match. 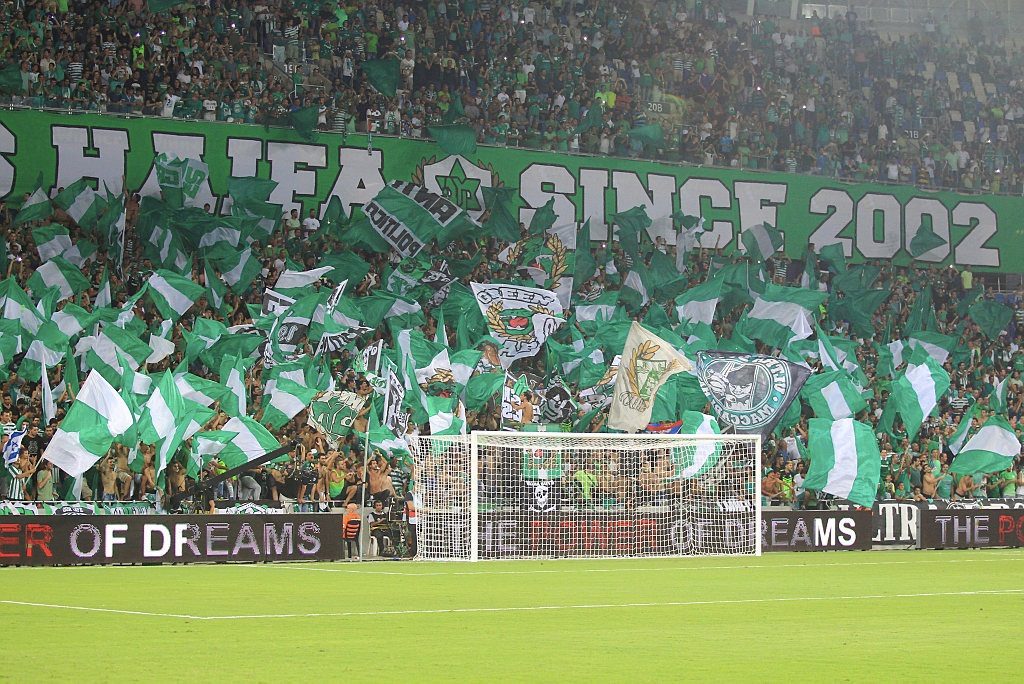 Maccabi Haifa FC is the most successful football club both domestically and in all European competitions. The team has the best club titles record, and since its establishment in 1913, it has won the Israel Premier League twelve times, the Israel Cup six times and the Toto Cup four times.

Since Maccabi Haifa FC is one of the leading clubs in Israel, you should expect it to have some of the best club records. These records include the following: 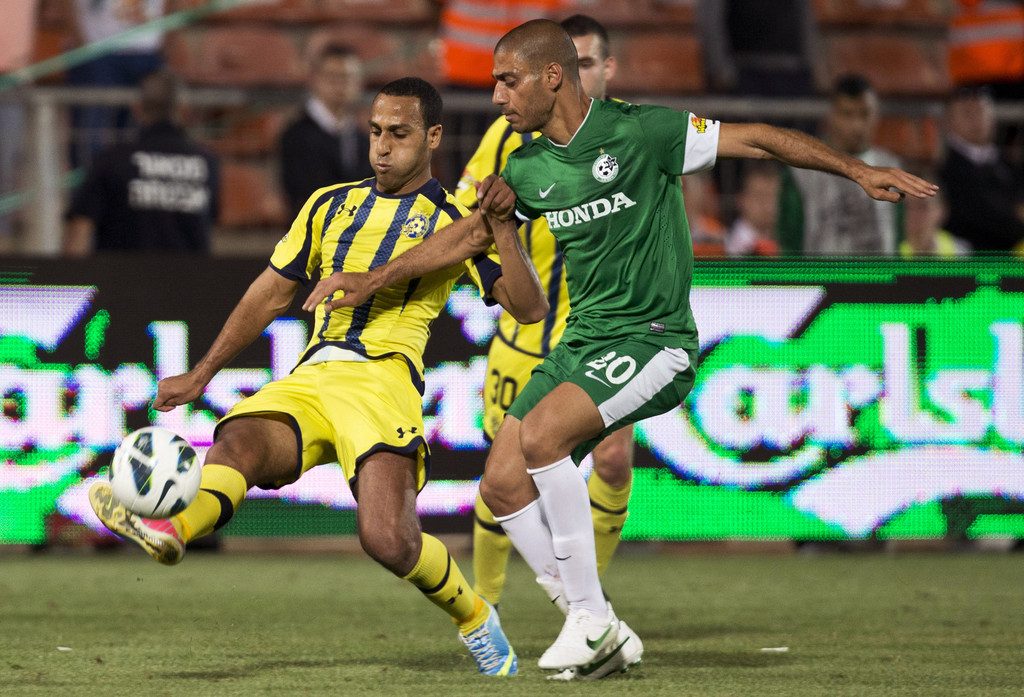 The Best Players Ever

Similar to any other popular football club in the world, Maccabi Haifa FC has some of the greatest players of all time. They include:

Other famous players from the club include Reuven Atar, Alon Mizrahi and Eyal Berkovic among others.

With a massive collection of titles and great performances, Maccabi Haifa FC is one of the top clubs not only in Israel but across Europe. It ensures that its players, staff, fans and the community both benefit from its activities. It is a great club to support.