How important is NFL Pre Season? 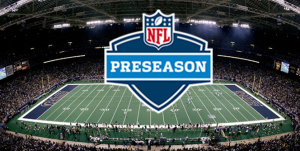 We are on the verge of the NFL pre-season schedule beginning, and it is often a time that excites punters and fans of the sport. However, unlike many other sports, the NFL pre season games that take place are often worthless in terms of gaining value if you are a punter, or understanding where your team is at if you’re a fan. We get to see tiny glimpses into how the stars all look, and often these games are solely to let those lower down the depth chart stretch their legs and get the feel of what it is like to play for the franchise.

Other than that, there is little else to watch out for, other than the odd exception where a player will get a job, or move up the depth chart, based on their performance during pre-season. However these are few and far between and it is often best to just not think about this, as you are unlikely to see it.

Why have a pre season?

Often one thing that is questioned is what is the point in having a pre-season if it is so worthless. The games are there for coaches and fans to get a feel for things again, before diving back into the real games that start in September. Although the star players often don’t play or play very little part in the games, they still go back into their groove, return to their pre-match rituals and get themselves mentally ready to play, even if they are only going to play a few snaps.

The idea of pre-season is to get players back into their routines, feeling as though they belong together on the field and doing all of that without actually spending too much time on the field. Those who feel the need to impress are usually those who are going to get the most game time from the games played, and if they have a good start then they often stand out really well. However, despite the number of touchdowns they score and the yards they run or carry for, they will still struggle to compete for a starting place, as the stars who are trusted and sat on the bench will always get the first look in regular-season games.

The risk of injury

This is the biggest reason why we see so little of the NFL stars during pre-season. The chances of getting an injury in the NFL are high, and we see countless season-ending injuries throughout the regular season. The last thing a team needs before that is to lose a star player due to injury in a pre-season game.

We will often see star names less and less during pre-season as they age, so for example, someone like Tom Brady of the New England Patriots will more than likely hardly see the field at all during this pre-season. There is no chance Brady loses his starting role with the Pats, and they need him to be healthy for every game they play, both in the regular season and in the postseason if they get there as expected. While the regular season is only 16 games long, it is very tough on the body and those who have been in the league for a long time will feel it more.

If Brady played a big part in pre-season and was injured during one of the pre-season games he played, the Patriots would see their season as being over before it even started. That is how important he is to them, and this is just one example, there are countless players around the league like this, who are too valuable and therefore we don’t see much of them as the teams don’t want to risk losing them to injury. If you are interesting in touchdown betting read our article – NFL touchdown scorer betting.

One thing very important in sport is momentum, and teams will always be looking for ways to get this. It is often something you can use well in your betting, if a team has momentum then they are often feeling good about themselves and can continue to play well.

However, based on what has happened in the past, there is no momentum to be gained from pre-season games in the NFL, and it is important you don’t read too much into these.

For example, a team could go out and play four pre-season games, losing them all but then make huge changes to their line up for the first regular-season game, add some quality in and then win the game. Don’t think a team will start poorly because they have been losing in pre-season.

The same can be said for the opposite of this. If a team impresses and wins four pre-season games, don’t automatically think they are worth following when the season begins. The team they put out, plus the strength of the teams they will be facing will change dramatically, so their form will not always continue due to the momentum they have gained. 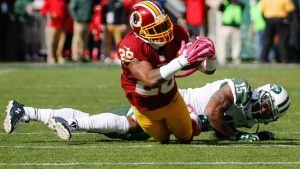 How to view the NFL pre season

The best thing to do with pre-season is to enjoy it, but not read too much into it. Teams will change drastically between those games and the regular-season games and the changes always involve the most important players. As veterans age, you will see less and less of them in pre-season, with the risk of injury being too great for teams.

There will be the odd player or two who is fighting for a job during pre-season, and some of these can land the jobs they want by good performance. But on the whole, nothing too much changes the stars still come back and take their jobs as they normally would, even if they don’t see too much of the field in pre-season. The overall motto is a simple one, enjoy it, but don’t read too much into it, this is not an important and useful part of the season for fans or gamblers.