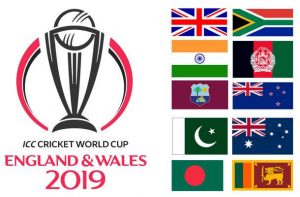 The cricket world cup is one of the biggest and most exciting events in world cricket. The competition comes around once every four years, and this summer we are going to see the best teams in the world head to England and Wales, where the 2019 World Cup event will take place.

The tournament will begin on May 30th, with the final taking place on July 14th at Lord’s, which is one of the most famous cricket grounds in the world. 10 teams will take part in the group stage before that is narrowed down to four, giving us two semi-finals and then a final to decide the winner of the World Cup this summer.

The format for the 2019 cricket world cup is different from those we have seen recently, and one we have not seen since the 1992 world cup. It isn’t a format that many other sports use either, so it will be unfamiliar to some people, and it is certainly worth understanding how the tournament works before you place any bets on the outcome.

Instead of different groups, every team will be in one big group for the first round of this competition, and they will all play each other once. That means 10 teams, all playing nine games and a total of 45 group games to get us underway.

Teams will need to hit the ground running and win early in the group stages as these are going to be tough to get out of. From the 10 teams taking part, just four qualify for the knockout round, and those places are sure to be hotly contested. Those four teams will play in the semi-finals and the two winners will then move to the final at Lord’s. 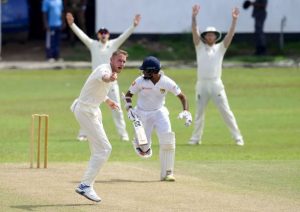 Who are the Cricket World Cup Favourites?

With home advantage on their side, it is no surprise to see England installed as the early favourites for the 2019 world cup. They have an explosive team that can compete with the very best, and they have some of the most talented individuals with both the bat and ball from anywhere in the world. By having knowledge of the pitches and grounds this tournament will be played on, England certainly have an edge over the opposition.

In behind England in the betting are India, who really excel at this format due to their experience and ability playing the T20 game. They are world leaders in the game of cricket, and heavily respected in any tournament they play. The English pitches are a slight negative for them, and it is because the tournament is hosted in England that they are not the favourites.

Rounding off those at single-figure odds are Australia. They are the current holders after winning the tournament they hosted back in 2015. That tournament was jointly hosted by Australia and New Zealand, and it was those two who reached the final, showing just how important home field advantage is.

The other seven teams are all available to back at double-figure odds and will appeal to those who are looking for an outsider to get behind this summer. 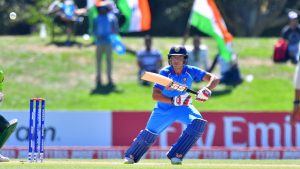 If you are looking to place profitable bets then the most important thing to focus on when you cricket wc betting is the pitch. With this world cup taking place in England, that gives the hosts a big advantage and teams like Australia and New Zealand will also be favoured as they are used to the conditions and pitches that will be used.

The host country is a negative for teams like India, Pakistan and Sri Lanka, who are used to playing on turning, dusty wickets, something they won’t get here. If two teams are very closely matched but one is favoured by the pitch then they are always going to be the team to side with. The pitch and the location of a game is vitally important when you are looking at a cricket match, so when you are placing your cricket world cup bets this summer, be sure to think about that. 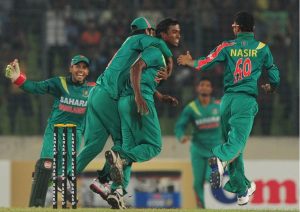 If you are looking for an interest in the world cup games this summer but you don’t want to choose a team to win then the player betting markets are the place for you to look. Here you can choose who will be the top wicket taker or batsman for either the whole game or for each individual team.

With so many games taking place, many people will be looking for an interest throughout the tournament and these kind of betting markets allow you to do that. If its just a small interest you would like while you watch a game, check out the top batsmen and top wicket-taker markets that will be on offer.

Top Mistakes Made by Punters on Cricket

When people are looking at cricket teams and betting opportunities, one of the biggest mistakes made is that people don’t differentiate between the different cricketing formats. With T20 cricket, 50 over games and test matches there is a lot of different cricket taking place right now.

It is important to differentiate between these when you are choosing your selections. For example, if a team has been in great test match form don’t automatically assume they will be able to translate that to the world cup as these are very different games, using very different squads.

While it is great to see teams have confidence in them through winning, don’t place too much importance on other formats of the game when you are placing your world cup bets. Instead look back to the one-day internationals that have been taking place, even if these are a few months ago as they will have more importance and relevance to the world cup.

Momentum and confidence are vital but don’t concentrate on the games that have been played in other formats too much ahead of the 2019 world cup.