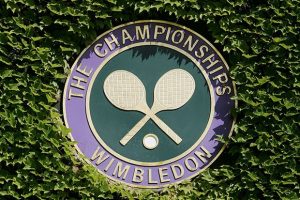 Wimbledon is the third tennis major of the year, and an event that traditionally grips the UK, with huge coverage as tennis fever sweeps us all. As with any other big sporting event, Wimbledon 2019 betting is very big business, and there are many different ways to get involved and strategies to use.

If you willing to make money on tennis betting, you need to know best tennis betting sites 2022. If you prefer betting with cryptocurrencies, we have good news for you, check out best crypto bookies page.

We don’t have too many grass court events on the tennis calendar, and Wimbledon is by far the biggest of them. This is traditionally seen as the quickest tennis surface that we play on, and being able to move around the court and play different kinds of shots to get your player out of position is what is required.

You only have to look at Roger Federer, a player who has dominated this event for many years, to see the kind of player he is. He is not the biggest hitter on tour, but he is very fast around the court and has many great shots in his locker that he can use to chip the ball over the net, add spin, and generally make his opponent move around the court. 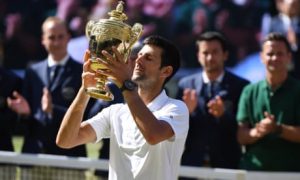 Regardless of who you fancy to win the men’s or women’s title at Wimbledon, it is first vital that you understand where this tournament sits in the calendar as this is very important. We have the French Open in early June, which is another major event and one where all the players play. Then between the French Open and Wimbledon, it is often the case that every player finds a warm-up tournament to play in somewhere so that they can adjust to the grass surface that is about to face them. This means playing three tournaments in the space of around five or six weeks, and it is likely they will have played a clay court tournament before the French Open to prepare for that.

This is going to put incredible strain on the players, and only the fittest and the toughest will be able to survive this without showing any signs of fatigue. The big players can afford to work their schedules out and miss tournaments at quieter times and this often gives them an advantage at this time of the season. They come into this busy period fresh, while the lower ranked players who need to play for prize money at smaller events, will be coming in on the back of a tough couple of months.

Wimbledon is a big tournament and a huge test for players due to the time of year it is played and what comes before it. It takes a big performance to win here, so look out for players who have proven fitness levels and those who are able to knock off tournaments from their schedule when you are looking for someone to back. 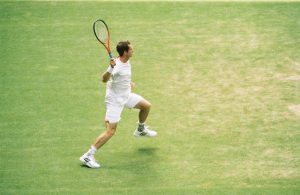 Tennis is an individual sport when a player goes onto the court there is no one else to support them. They may have a coach and family in the crowd to support them, but down on the court in the heat of the action, there is no one there to help. This is an incredibly tough situation, and it is one reason why tennis players are seen as being some of the mentally toughest sports people in the world.

If something goes well, they have no one to share it with on the court, but it is when the tough times come that they are hit the hardest. When a tennis player is struggling, the court is a very lonely place and it is up to the player themselves to sort the situation out. If a football player is having a bad game then he knows he has 10 teammates on the field too help him out and drag him through, there is no such thing on offer to tennis players.

Being tough, having the ability to battle through tough times and having the ability to do everything for yourself is key if you want to be a top tennis player. These players show those characteristics on a regular basis, and to win a big major event like this one, you have to be one of the toughest on tour. 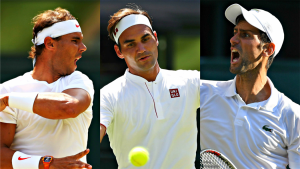 Novak Djokovic heads the list as the favourite for the men’s event, with some big names behind him. Roger Federer and Rafael Nadal look set to be his closest challengers, with lively outsiders such as Marin Cilic, Alexander Zverev and Milos Raonic in behind those. One player who may or may not appear is Andy Murray, as the British star continues to recover from injury. Should he play then he would automatically attract huge attention being in his home major.

The women’s event has a far more open feel to it, just like most women’s events do right now. We have no dominating force in the game, but a large number of very good tennis players who all have the ability to win on their day. While the men’s event will likely have a lot of focus around the top three players, the number is probably double figures as far as the women’s event goes.

Serena Williams, Petra Kvitova and Naomi Osaka are amongst the early favourites, but there is a whole host of challengers queuing up behind them. One of those is Johanna Konta and if Andy Murray doesn’t play this year, or gets knocked out early, then she is going to carry the weight of the home crowd. We have seen her play very well here before, but it will be interesting to see how she handles being the main hope of her country. Simona Halep, Madison Keys and Angelique Kerber are just some of the other names to look out for, but this is wide open and there are probably another ten players who deserve a mention, which is the fascinating thing we have with women’s tennis right now.