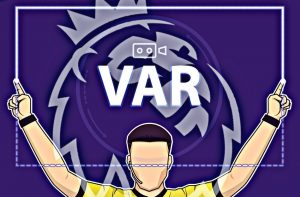 At the start of the 2019/20 season, after a period of testing and seeing it used in other competitions, the Premier League decided to implement VAR (video assistant referee) into all games. We have seen both sides of VAR so far, the highs and the lows as well as the confusion it has caused. But what has all of this done for football betting (read this – how to bet on English Premier League), and is there anything you need to be wary of moving forward?

When the team you have backed puts home a late winner to give you a winning bet, it is no longer the time to stand up, jump around and cheer. Instead it is worth being a little cautious and waiting to see if VAR is to have a say on a potential four, offside or something else. This is not how football should be, and something fans have complained about already, despite VAR being relatively new to the game, but it is here to stay.

If you are willing to make money from sports betting you need to know best football betting sites 2023. If you prefer betting with cryptocurrencies, we have good news for you, check out best crypto bookies page and for better knowledge how crypto works, read about blockchain technology betting.

Perhaps one of the biggest, and also the toughest, things to look at in football when you are betting, particularly in-play, is momentum. VAR video assist is having a massive impact on this too, both positively for some teams and negatively for others when things go against them. If you thought working out momentum was difficult before VAR then it is ten times harder to do now. The Premier League VAR will be situated in the VAR Hub at Stockley Park, west London. 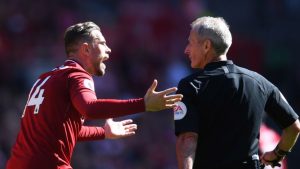 Football games swing on big decisions, and perhaps the biggest decisions are those that reverse something. This is where VAR comes into play. A team celebrating a goal only to have it taken from them will face a huge sense of deflation, and if they are playing at home then their fans are going to feel exactly the same. This can be difficult to put to one side, and often plays a part in how the game goes over the next 10 minutes or so until calm is restored and things are going back to some kind of normality.

There is, of course, the opposite of this. A home team that feels as though they have just been unfairly put behind by a goal, the fans all aggrieved that the wrong decision has been made, only for VAR to come in and change the decision, proving those players and fans right. The buzz and momentum shift from this is going to be huge, especially if the team are pushing for a winner or a way back into the game. The fans will love getting behind their team after that, and we have already seen instances of teams benefit from a VAR decision going their way and using that to create enough pressure to go up the other end and score themselves.

This isn’t an exact science of course, but it is wise to go with the flow and see which team has benefited from the decision and follow them closely over the coming minutes of a game. 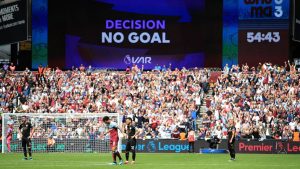 There are no stats for this as VAR is still in its early stages, but it is something worth thinking about. The majority of VAR decisions are to check if there was a foul or offside during the build-up to a goal, with the others being to award or overturn a penalty, and a few other things. Many of these are negative and will prevent a goal from being given. For example, if a referee has missed a foul or the linesman has not given offside then these will both take a goal away from a team.

This is something to think about, and probably just monitor for now, rather than using it, for anyone who places regular bets on the total goals in a game. Will VAR impact this enough to see a small reduction in the number of goals given, because there is more chance of play being called back for a foul or offside with both on-field officials and VAR taking a look at these instances? It is unlikely this will happen, but we will see VAR rule out more goals than give them, and that is bound to have some kind of impact somewhere on the goals scored, even if it is only very minimal. 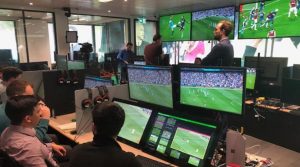 The Future of VAR

There is little doubt that VAR is here to stay, it won’t be going anywhere soon. However, there is much needed improvement required right now. Things have to be consistent and that is one thing that both fans of the game and gamblers are struggling with right now. There has to be a list of rules freely available where we can all judge if something was a foul, offside or a goal. We don’t have this, and until we do, VAR is going to continue to cause confusion to everyone, including those on the field of play.

The Premier League hoped for a smooth transition with VAR but it has been far from that. Those who place weekly bets on the Premier League will have already seen at least one of their bets affected by VAR, some in a good way and some in a bad way, and we are only partway through the season. By the time we get to the end, there will be numerous instances of VAR costing people money or winning them money, some will, of course, be clear cut but don’t be surprised if many are a little vague and confusing.

VAR is here to stay, and over the long term, this will be good for the game. However, right now, it is fair to say tweaks are needed, and while that is the case, gamblers need to be wary and think about this when they are making their Premier League selections.