Three NBA teams to watch at the start of the Season 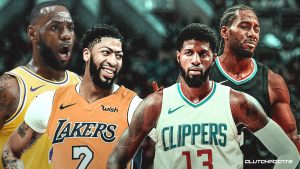 The NBA has been wild so far this summer, with player moves and questions surrounding a number of different teams. We haven’t seen an upheaval and change around like this for many years, and this is something that punters must be aware of before placing their bets. Although big NBA fans will know about the changes, casual NBA punters may not be aware of everything that has happened, and for these people, here are three teams to keep your eye on when the new season starts this autumn.

The LA Clippers team have made a splash this summer and gone all in on two of the best players in the NBA. They are determined to win a championship, and have paid big bucks to try and bring one to LA. Two big names have joined them, one via free agency and one in a trade, and those two players are Kawhi Leonard and Paul George.

Leonard joins from free agency after leading the Toronto Raptors to a surprise NBA title last season. Anyone who saw the Raptors will remember Leonard being a key piece of the puzzle in Canada, without him they would more than likely have not won the title. He turned down a move back to Toronto and reportedly also turned down the other LA team, the Lakers, with the Clippers winning the battle for him. 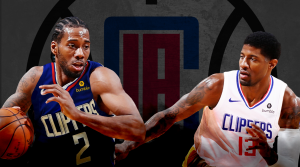 Paul George was brought in from the Oklahoma City Thunder via a trade, with the Clippers deciding to go all in this summer and focus on winning now rather than building for the future. However, in George they have one of the best two way players in the league and a perfect accompaniment to Leonard, who probably wouldn’t have joined without the knowledge that George was going to be with him, to give them a team that has the ability to dominate this coming season.

If there is one team that has taken their stock to a new level this summer it is the Clippers. From the moment George and Leonard were announced as joining them, they have been promoted to favourites to win the NBA title and with this duo on the court, they are going to prove almost impossible to stop. While we do have to wait and see how things work out for them and whether the team can gel together, there is no doubt they have the potential to win the title, and deserve to be front runners. Recent clippers news and all other info about this team, you can find in official page –www.nba.com/clippers/. 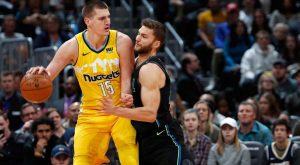 If you are looking for a dark horse to follow this coming season then it could well be the Nuggets. They were minutes away from a trip to the Western Conference final last season, this is a team on the cusp of doing something very special and with few veterans in the line up they have the room to grow further this coming season.

It is not a case of what the Nuggets have done this summer, but actually a case of what they haven’t done. They have kept together their best 10 players from last season while adding a couple of depth guys who can come in and help. While the rest of the league has been busy making this one of the craziest summers we have seen in a long time, the Nuggets have quietly managed to keep together their strong core.

We know what we are getting with them, which is something very impressive based on last season. They were small margins away from making the Western final, and with the pain they suffered when they were beaten in game 7 last season, this could be a team fired up to go one better this time around.

Others could be better, but it is more than likely that one of the big improvers will struggle due to team chemistry, these big moves won’t all work. If that happens to a few teams, or injuries occur, then there is no doubt that the Nuggets can compete well this season, and the post season looks to be on their agenda once again.

This team has not hit the headlines of denver nuggets trades, but those who follow the game closely will be wise to remember just what Denver did last season, they are a force to be reckoned with and the big moves around the league have turned them into a bit of a forgotten force over the past couple of months. 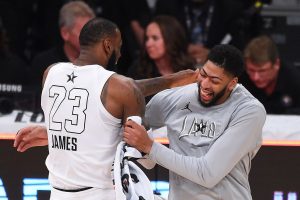 We could be about to see the rivalry between the Clippers and Lakers really heat up this season, with both having the ability to contend. Just like the Clippers have their two stars to work around, so do the Lakers, although there is a lot more reliance on the two Lakers players, as they traded away most of their future to get them.

LeBron James and Anthony Davis are the two Lakers with the weight of the world on their shoulders, and just like their city rivals the Clippers, this team is very much in ‘win now’ mode. They had an amazing 2017 draft, bringing in numerous top quality prospects but lakers trade it most away to get these two on board.

I don’t think the Lakers are as deep as the Clippers, and that is why this team isn’t as strongly fancied as their rivals. However, with LeBron on board this is certainly a team of note, and with the rivalry between the two Los Angeles teams set to hot up even further, there is every chance that these two teams are going to push each other all the way, something that brings out the very best in LeBron.

The best thing that could have happened to the Lakers was the improvements made by the Clippers, LeBron will be desperate to show they are the number one team in LA this coming season. An all-LA western final could be on the cards, and right now that is something all basketball fans would love to see. Lakers trade news now you can get at official team page – www.nba.com/lakers/.

If you are interesting betting in NBA and want read more articles about NBA betting strategies and NBA tips, you should check NBA betting guide page.