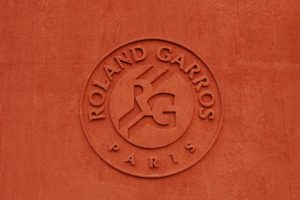 Roland Garros, more commonly known as the French Open, is just around the corner and this is the second tennis major to be played this year. The tournament is one that many look forward to, and the start of this event signals the start of a very busy, important period for the sport. Not too long after Roland Garros, players will be preparing for Wimbledon on the grass, making this an exciting time for them, and also for the fans who are watching.

If you are interesting to find best bookmaker for your tennis bets, check out our rating – best tennis betting sites 2022. If you prefer betting with cryptocurrencies, we have good news for you, check out best crypto bookies.

The Roland Garros event will once again be played on a clay surface, which makes it different from many other major events. The clay surface is known as the slowest possible surface to play on, giving players those extra few split seconds to judge what is happening and play the ball.

This means the tournament favours big hitting players, who can get extreme power on the ball despite the surface. We have seen Rafael Nadal dominate this event in recent years for exactly that reason, and it is players like Nadal who you need to be looking for, instead of softer hitting finesse players.

Who Won the Tournament Last Year?

The 2018 french open mens tournament was won by Rafael Nadal, which is no surprise considering his record in the event. Since 2005, Nadal has won this title an incredible 11 times. He is close by to the event, being from Spain, but it is his playing style that really comes to life on the clay surface.

Nadal is a top player, and he has the ability to challenge on any surface when fit, but there is something special about the combination of this surface and his style of play. 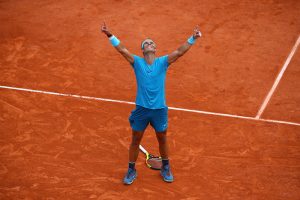 In the women’s tournament, it was Simona Halep who came out on top. She had gone close earlier in 2018 when she lost in the Australian Open final but went one better on the clay court to take home her first Grand Slam title.

The 27-year-old has previously been the world number one but comes into this year’s tournament as the number two seed. As ever with the women’s game, it looks set to be wide open but she has to be one of the fancied players based on what we saw from her last season.

Of course, fitness plays a big part in all tennis games, no matter what the tournament but the French Open requires even more compared to some other events.

The tournament is played in the hot French sun, which makes sport that little bit harder. On top of that, you also have to focus on the surface and what it does to players. Generally speaking, the games on clay give players a little longer to play the ball as the bounce is a little slower than elsewhere.

This results in more rallies, and longer rallies once the players get going. This means points are harder to win, they take longer to win and that means longer and tougher games on the players. If you are going to the final of a competition like this then you are going to have to play a lot of games. With each point taking longer to win, and each game lasting longer, only the very best in terms of fitness will be able to handle the fatigue factor at Roland-Garros.

When you are placing your bets, especially if you are looking at a player on the outright win market, be sure to factor this in. The winner of this tournament will have to play many games, and those games will be tough to handle, so only go with players who have proven stamina, and who you have seen control and win long tournaments like this in the past.

Power Hitters the Ones to Focus On

If you are looking for a type of player that is capable of winning Roland-Garros, then it is a hard-hitting player who can really put some power behind their forehands. This is a slow surface to play on, and you need all the power you can get. Without power, players will eventually end up in long rallies that are the toss of a coin, as both players will struggle to hit that final winning ball to take the point. 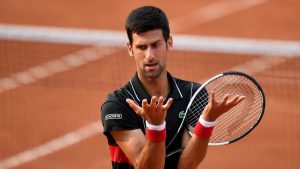 If you look at Rafael Nadal, who has dominated this tournament for so long, he is exactly the kind of player you need. If you are looking for an up and coming player who could have success in France then look for someone who is as close to Nadal as possible in their style of play.

Star Players Ensure they are 100% Ready for Grand Slam Events

We sometimes see upsets in tennis, where the lower ranked players can land a surprise win over someone near the top of the rankings. However, this is less likely to happen in the Grand Slam events, and this is something to think about if you are placing a bet on individual games.

The star players all target the big events, and they work their season around them. If there is a Grand Slam on the horizon, they will ensure that they play the tournaments beforehand that give them the best possible preparation. This is completely the opposite for lower ranked players, who have to play as many tournaments as possible to get together ranking points to stay on tour. The week before a Grand Slam is often a great time for these players to play, as the big guns are usually at home resting ahead of what is coming up, so you will often find that the lower ranked players have had a much harder build up than those at the top.

This is why the top-ranked players often do very well at big events, and upsets are less likely to happen here. When the big players come to play, they are very difficult to beat, and on a big stage like Roland-Garros that is certainly the case.