We have hit the last 16 round of the World Cup 2022, and based on what has happened so far, it’s certainly not the easiest competition to try and make the round of 16 predictions for you. Big guns like Germany, Belgium and Denmark have all exited the competition at the first stage, while the likes of Japan, Australia and Morocco have caused upsets.

Expect the football to go up another gear now that we are at this stage, teams will know that they are just three wins away from playing in a World Cup final and four away from lifting the most famous trophy in football.

We should also see the quality of football improve as things spread out a little more now and give teams more time to recover between games.

Eight ties are to follow, with the group winners all playing against a runner-up from a different group, and by the time these games are completed on Tuesday, we will know the identity of the eight quarter-finalists.

We’ve taken a look through the games and picked out the best bets we have for the next round in this last 16 stage preview.

We kick off with the Netherlands, the winners of Group A, and they have what looks to be a winnable game against the USA. 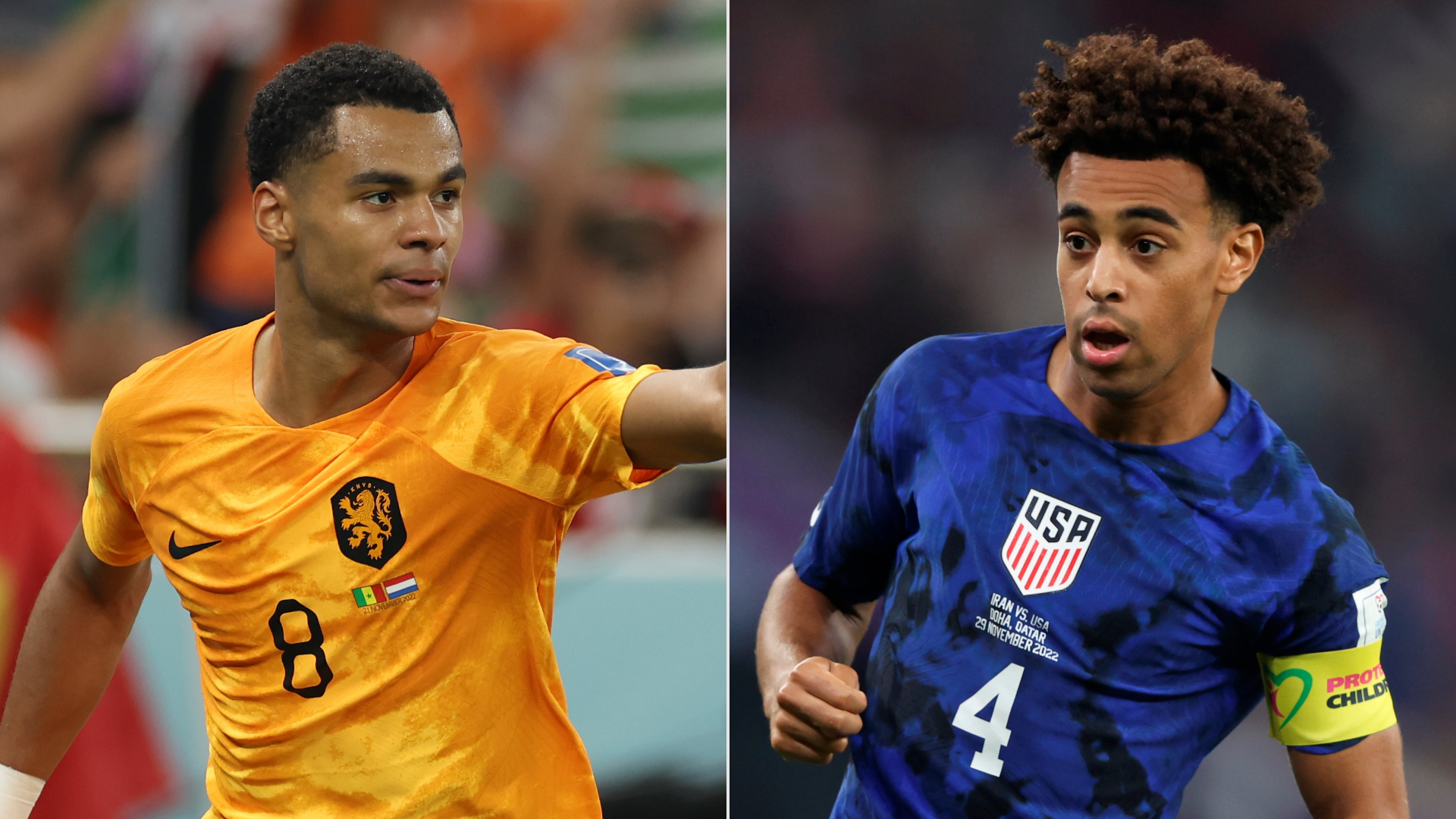 We’ve probably not seen the best of the Netherlands so far, and that’s mainly due to the fact they’re limited in attack, as Memphis Depay continues to get fit. This was always going to be the case, though, he was brought with the intention of hitting top gear in the knockout round.

The USA have proved themselves to be strong defensively, they’ve got a very good midfield, too, but goals are short, and given they are going up against a strong defensive team in the Netherlands here, that could cost them.

While we still maybe can’t rely on the Netherlands to score many here, they can keep a clean sheet against the USA and somehow find a goal to nick this one. It looks set to be low scoring, with few chances, but the Netherlands can take one and book their place in the quarter-finals, sending the USA home.

Argentina vs Australia Prediction – Over 2.5 Goals

After their shock defeat in the opening game against Saudi Arabia, the last two games have been much more like it from Argentina. They’ve still not been perfect, but they are certainly a lot better, and the feeling is that now they have some confidence and momentum, they will continue with this. 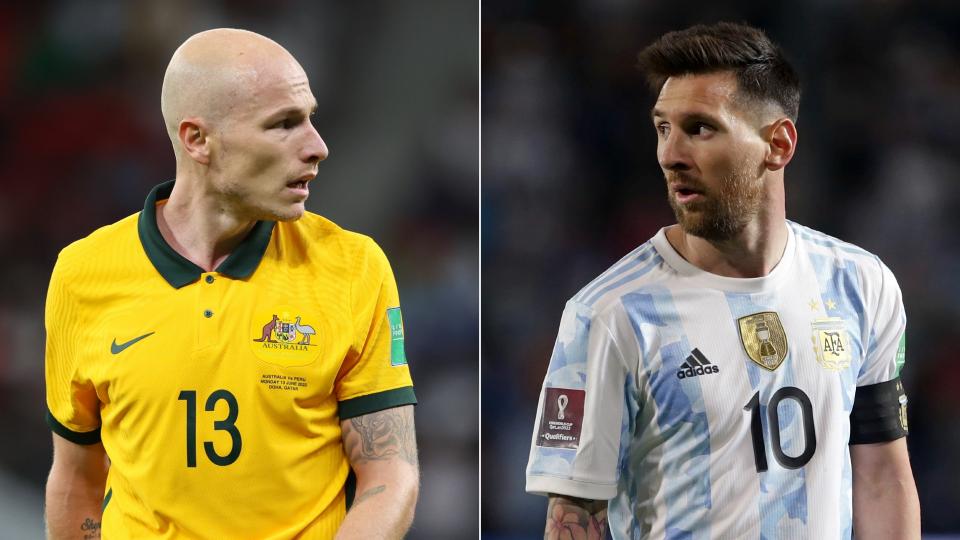 Australia are a surprise package, getting this far was not expected, but they battled back incredibly well. Defeat to France in their opener did not knock them off the rails, and they’ve since recorded wins over Morocco and Demark to reach the last 16 round. Those wins have been 1-0, so low scoring, but this time around, they will have to open up and attack more because Argentina will score.

The pick here is over 2.5 total goals, Argentina are in the groove now and have five goals, they will score here, and that will force Australia to be more attacking than we’ve seen so far. The result of that will either be Australia getting back into the game or Argentina hitting them on the break. Whatever the outcome is, both point towards goals, so we are going with over 2.5 goals in this game.

France vs Poland Prediction – Over 2.5 Goals

While the last 16 round brings games that will definitely see one team go home, which can sometimes result in cautious football, many of the matchups look as though they will bring goals. France have been impressive so far in Qatar, scoring four in their opener, two in their second game and then they were kept off the scoresheet in their final group game but rested many players. 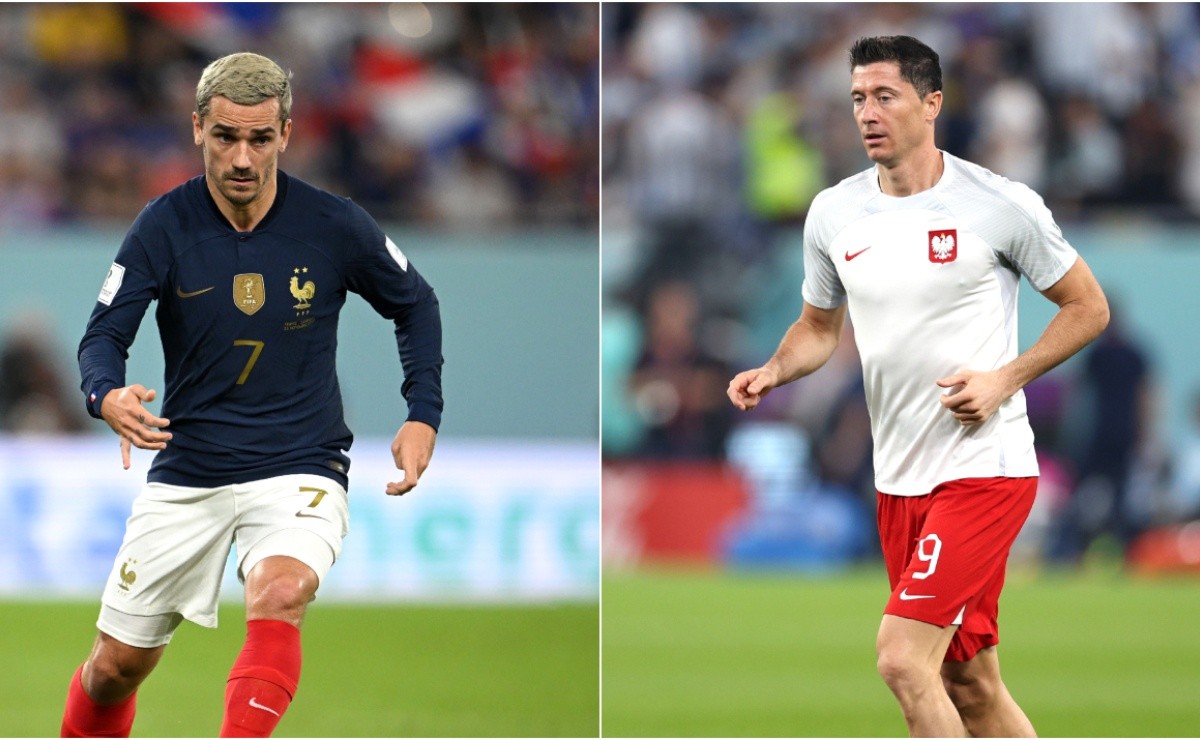 Given the fact that it seems inevitable that France will get a goal at some point, Poland will have to attack at some point here. Their ace in the pack is Robert Lewandowski, a superstar goalscorer and a player no doubt playing his final World Cup. The French defence has leaked goals in every game, it’s not a strength of theirs, and they’ve yet to face anyone in the same league as Lewandowski.

With that in mind, the pick again here is over 2.5 goals. France should be able to control the game and will score, but when that happens, Poland will have to try and hit back, and they’ve got an incredibly talented forward who can lead them with that. Going up against a France defence that hasn’t kept a clean sheet yet, Poland will fancy their chances of scoring, and that all points towards over 2.5 goals in this game.

England vs Senegal Prediction – Over 2 Goals

When England plays attacking football, they look like a great team, and they’ve done that in two of their three games. We are hoping they will do it again here, even though the stakes are higher, because if they do, they can probably hit over two goals themselves. Currently, joint top scorers in the tournament, with nine goals so far, England put six past Iran and three past Wales in the group stage. 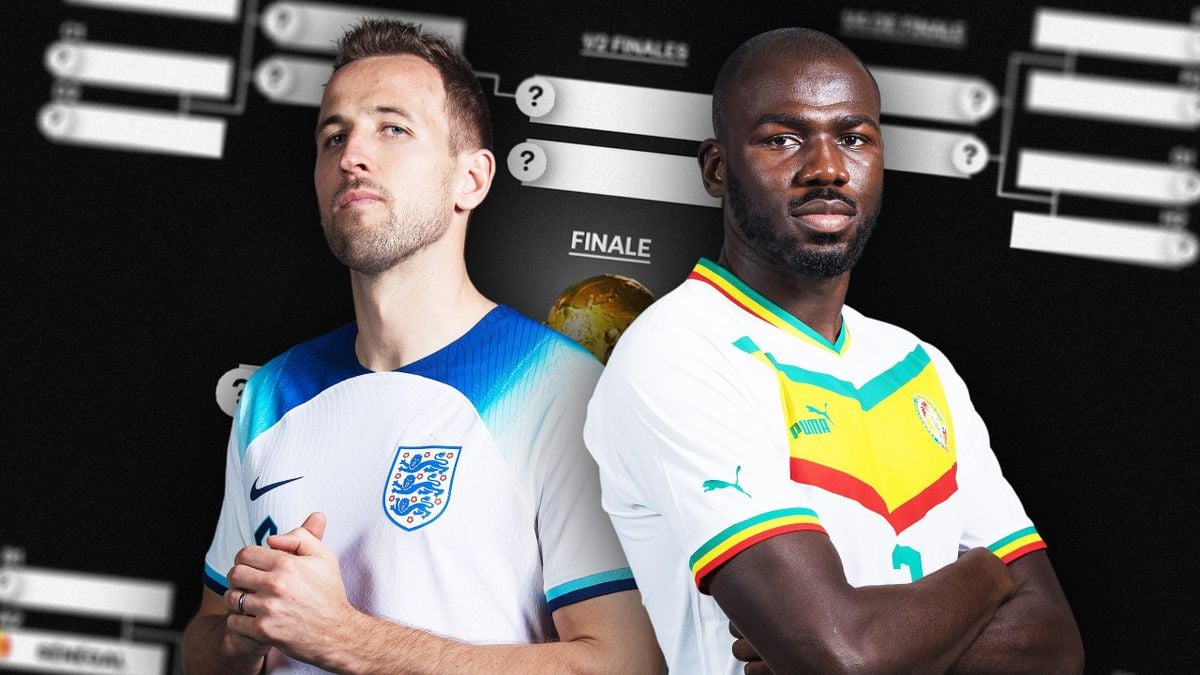 Senegal are here on the back of two wins and a defeat in their three group games, but the key element running through them all is the fact that they’ve conceded at least one goal. Even Qatar, the hosts, managed to score past Senegal, which will give the England attack real hope that they can score a few goals themselves here.

With that in mind, the feeling is that England can dominate here, and it may be a case of them scoring more than two goals without Senegal getting on the scoresheet. However, the African side will have to attack if behind, so they may be able to break the England defence, which has kept two clean sheets in the last two games. The pick is over two goals in this game.

It’s been a real rollercoaster for anyone watching Japan at the World Cup so far, they’ve displayed excellent team spirit to not only beat Germany and Spain in the group stage but to come from behind in both of those games and do that. They’ve won a group that many didn’t give them a chance in and will be looking to further their tournament when they play Croatia. 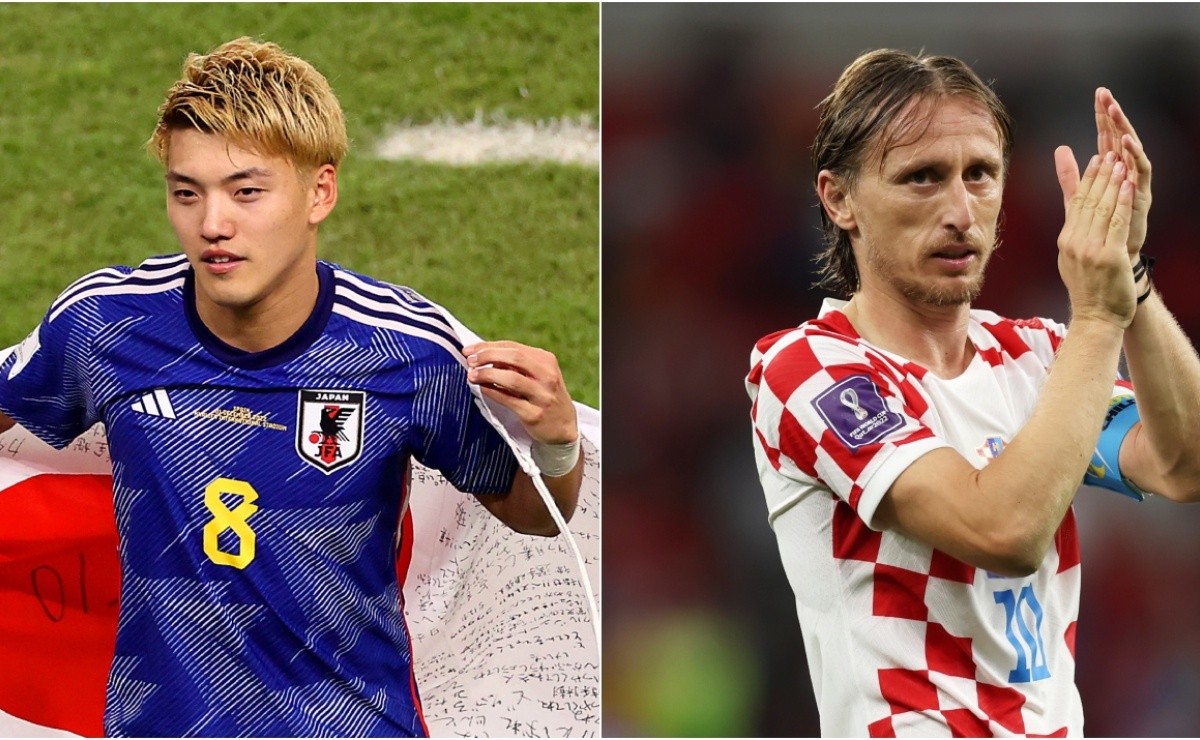 The Croatians are a very experienced team, and this could tell here. They like to have a lot of the ball and control the pace of the game, something that Japan are likely to let them do. While Japan may be younger and fitter, the wise footballing heads in this Croatian team could be the difference maker at a moment in the tournament where teams will go home with a defeat.

With that in mind, although this one looks set to be a very close encounter, the experience of Croatia may just be the telling point here. They can dominate the ball, create opportunities throughout the game and eventually wear down Japan to make it through to the quarter finals.

Morocco vs Spain Prediction – Over 2.25 Goals

We’ve got a semi local derby here as Morocco takes on Spain, with both teams looking to reach the last eight stage. Spain have shown real moments of quality in the competition so far, including when putting seven goals past Costa Rica. They like to have a lot of the ball and should get that here as they look to slowly build up play and carve out opportunities. 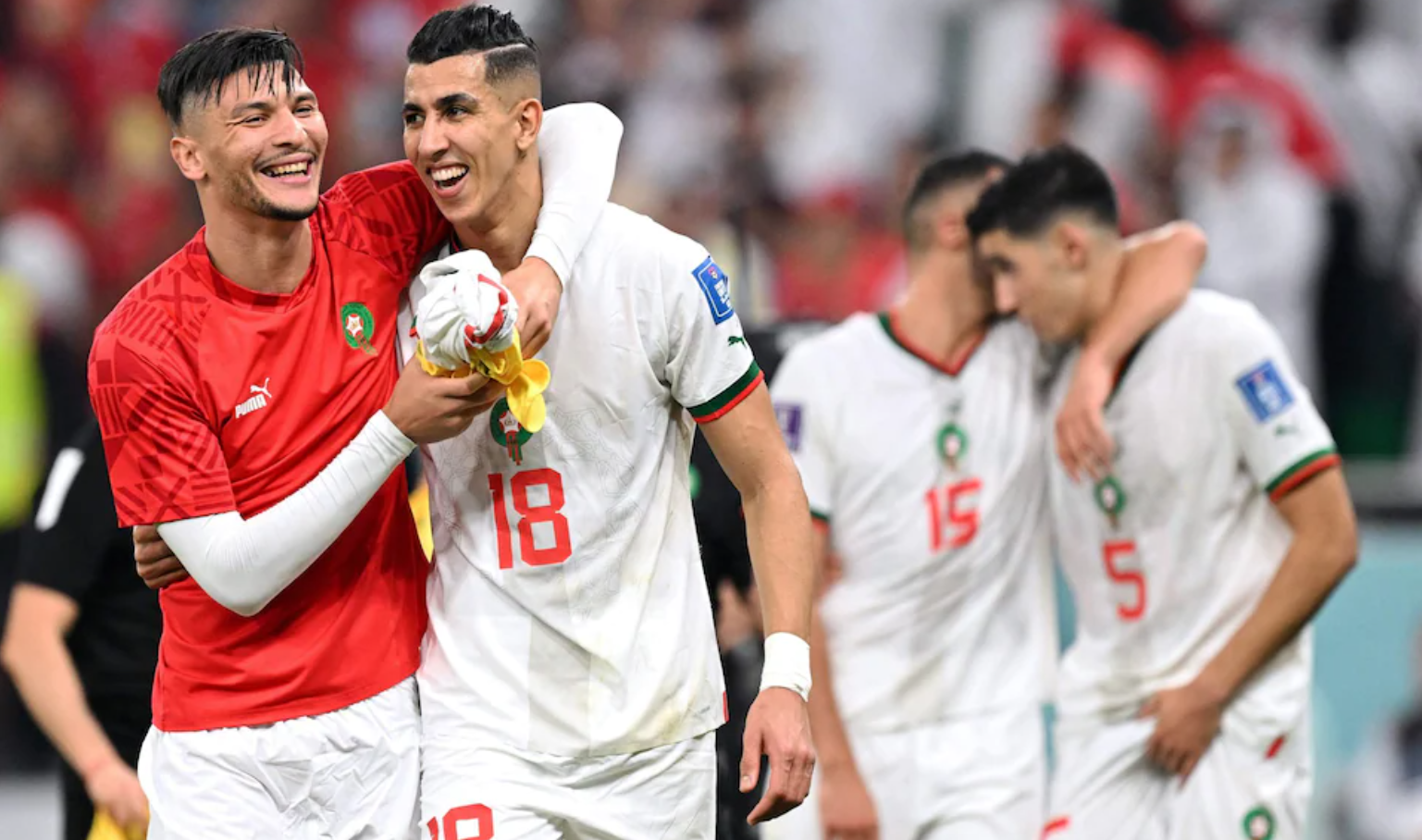 The opposite can be said about Morocco, they are all about pressing high, winning the ball back and attacking with speed, and this clash of styles should lead to a very open and entertaining game of football. It wouldn’t be the biggest surprise to see both teams on the scoresheet here, with plenty of attacking opportunities coming for them.

The actual result of the game is tough to predict, so the best angle is to predict goals, and over 2.25 goals is the pick in this one. With two teams who like to attack, who should both be able to impose their style on the game, goals look to be coming in this one, and whoever does win may do so with a high number of goals attached.