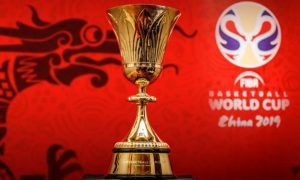 The 2019 FIBA Basketball World Cup is a legendary event – for a number of reasons. The tournament is going to be the biggest FIBA World Cup event ever – and it’s being hosted by China, a country who’ve never held the competition in their country before.

While some questions were raised about China’s ability to be ready for the world basket cup, they’ve put minds to rest – and their facilities are said to be next ‘next level’. The competition itself takes place between the 31st August and the 15th September, and a total of 92 world basketball game will be played in 8 Chinese cities; Beijing, Shanghai, Shenzhen, Wuhan, Dongguan, Foshan, Nanjing and Guangzhou.

In this 2019 FIBA Basketball World Cup betting preview, we’re going to be taking a closer look at the competition. We’ll begin with a look at the various groups, followed with a look at some betting tips and tricks. Later on, we’ll cover some of the main players to keep an eye on, and we’ll finish up by showing you where to stream the event online.

If you willing to make money with world cup basketball game betting, you need to know best basketball betting sites 2022. If you prefer betting with cryptocurrencies, we have good news for you, check out best crypto bookies page. 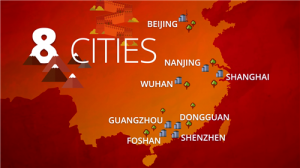 All participating countries were divided into eight different FIBA World Cup groups. This was done back in March, through a live draw which was streamed online, via the official FIBA website. Below, you can view a breakdown of the groups:

The first round of the tournament (which takes place between the 31st of August and the 5th of September) will see teams play all countries within their group. The top two-finishing teams will then advance to the second round, where they will compete against another two teams. These teams will be from a separate group.

Again, the top two-finishing teams will then advance – this time to the quarterfinals – and these begin on the 10th of September. From this point forward, the competition becomes single elimination. (This means that if a team loses, they’re out of the tournament.) The final championship is set to take place on the 15th of September, and will be played in Beijing. It’s an exciting lineup, and with the best basket world players competing, there’s going to be some fast-paced and exciting action. 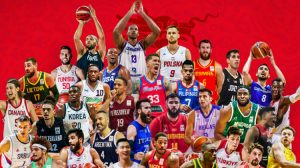 Betting in the 2019 FIBA World Cup

Arguably the main team to keep an eye on is the USA. Like always, they’re bringing their finest players to the tournament, and this will include six NBA All Stars, including the likes of Bradley Beal, James Harden and Kemba Walker USA to Kyle Lowry, Khris Middleton and Damian Lilard. While some have said the team is made up from a large number of young players, it’s fair to say they’re not inexperienced. Indeed, many of the team have enjoyed multiple high-calibre wins, including former World Cup champions and Olympic gold medalists.

It’s also worth noting that the USA have a relatively ‘easy’ group. Pitched with Turkey, Japan and the Czech Republic, there shouldn’t be any issues with them making it out of the group – and the only team who might really be able to give the Yanks a real run for their money is Serbia. So, for outright tournament betting, it’s clear the USA are clear favourites – and we can’t see any other teams that even come close.

There’s plenty of value in the handicap betting market, and one side we really like the look of, is China (+140) (+500000). Traditionally, China has dominated the Asian basketball competitions, and they’ve won 14 out of the last 16 FIBA Asian Championships they’ve played. While the team has been plagued with injuries as of late, a selection of young, rising stars have come to the team’s rescue, and the giant 6’11” Zhou Qi (the center) managed to put up a monster 25.5 point and 10 rebound average in the FIBA qualifiers. It’s clear China are fielding a super-strong team, so there’s some decent value to be had here.

Russia (+145) (+9000) are another team worth looking at. Since Sergei Razarevich took over as head coach back in 2016, the team has gone from strength-to-strength, and while they’re yet to have any huge results, it’s clear there’s potential in the team – and we may well see it break out this World Cup. Alexey Shved – the standout guard – has produced some incredible gameplay over his past few matches, and given the team’s current stance, we’d say there about as close to a ‘dead certain’ to make it our of their group as you can get. 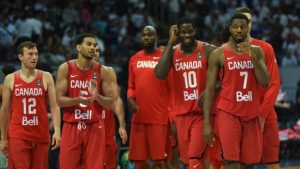 Over/under betting is popular – not just at the FIBA 2019 World Cup, but in Basketball in general. It allows punters to get better odds, while also allowing them to place bets that let them immerse themselves within the action. (For example, straight up betting on teams can, some say, be a bit ‘boring’. It’s nice to be able to enjoy seeing your bets play out in real time.)

We’ve talked heavily about the USA in this betting preview, and we’d say it’s fair to say they’re a great shout for some ‘over’ bets. With their team fielding the best players across the country – and, given the US’s aggressive nature in sporting events – they’re going to be looking to shoot as many hoops as possible, so it’s likely we’ll see some pretty high scores coming from the US corner.

Serbia are another team who may be worth looking at, and again – like the US – they’re known to play a hyper-aggressive style of Basketball. This means they’re also likely to be one of the highest scorers of the tournament – which lends itself nicely to the over bet too. 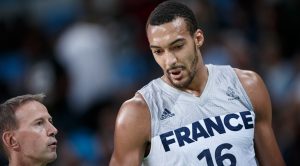 If you’re looking to place a bet on the USA to win the tournament outright – but don’t fancy the short odds – then consider putting the US in one of your accumulators. This doesn’t have to be a basketball-specific acca, and it could fit in nicely with your monthly ‘big one’, adding value.

If you’re looking to place bets on teams getting out of the group stages – and want some value – then Serbia and Spain are looking like two teams worthy of a close look. Serbia are actually one of the favourites to win the tournament (aside from the US), but a relatively tough group could hamper their progress. Still, they shouldn’t have any problems overcoming the Philippines, Italy and Angola – so we feel as though this is a pretty safe bet. Spain too, we expect to make it to at least the quarterfinals. They’ve shown themselves to be unafraid to take on some of the world’s toughest teams. Another team to watch is Canada. While they’ve never received the recognition of their US counterparts, they’re a very capable side, and again, should make it out of the group stages.

Other than that, the tournament does look set to be dominated by the USA. If you’re looking for a longshot bet, then Greece to Win at +1800 could be worth a look at – but it is a long-shot, so tread carefully. 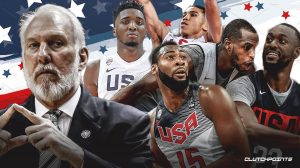 Paul Gasol Spain finished his career at national team, so this World Cup we will only one Gasol – Mark Gasol. In France team we will not see Tony Parker, but Rudy Gobert France will be beast in France team defence. But there are plenty of the world’s top professionals heading to China, and below, we’ll look at a few of the ones to look out for, from some of the likely favourites to win.

Again, we’re starting with the USA – can you see now why we’re so confident they’ll scoop the title? Despite LeBron James, Kevin Durant and Steph Curry being absent from the team, Popovich has managed to field a world-class team. AS we mentioned earlier, there are plenty of players to look out for – and we’ll be interested to see how the ‘young and old’ gel, while on the court.

Just five years ago Serbia were finalists at the FIBA World Cup – and it’s highly likely they’ll be looking to do one better this year. Head coach – Aleksandar Djordjevic – is fielding perhaps his strongest squad since he took control of the team in 2014 – and we see the Denver Nuggets’ All-Star centre Nikola Jokic Serbia return to the team. He’s sure to leave a solid impression on viewers, and aims to make it exceptionally difficult for his opponents to gain any momentum during matches.

Boban Marjanovic is also making an appearance – and this is notable for a couple of reasons. He’s been an extremely important part of the Serbian team over the past few years, and while his career has taken a bit of a downward spiral (playing for Philidelphia’s 76ers), he remains a strong opponent – and is a valuable addition to the team. 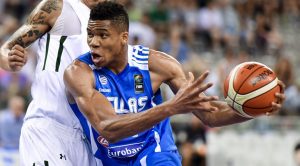 Unfortunately, Greece haven’t been able to recapture their momentum from 5/6 years ago – and while they’re still one of the world’s better teams, it looks unlikely as though they’ll be able to pull through and win the tournament. That being said, they do field a strong side. Kosta Koufos – the centre for the Sacramento Kings – is likely to make the roster for this year’s World Cup, and he’ll likely be joined by Tyler Dorsey – the guard for the Memphis Grizzlies. It remains to be seen as to the exact fielding the head coach opts to go for – but these are the names we’ll almost certainly see walking out on the court.

Where To Watch The 2019 Basketball World Cup Online

Like we see with many of the world’s biggest sporting events, the FIBA 2019 Basketball World Cup has awarded broadcasting rights to a number of companies – and you can see the official broadcaster list below and watch fiba basketball stream:

If you’re only looking to watch world basketball championship game where your country plays – then fine. The above broadcasters should be more than sufficient. However, you should be aware that geo-blocking is in full force this tournament, and this means you may struggle to watch matches not including your country from official broadcasters. Of course, you’re also going to struggle if your country isn’t listed above – so, for example, despite having strong teams in the tournament, Greece and Spain are going to find it difficult.

YouTube TV has received the official rights to stream the final – although you will need to be located in the USA in order to fiba world cup live stream it. If you’d rather not sign-up for a paid service, you can claim a free trial – but just be sure to cancel it before it charges your card, as you will need to enter credit card details. 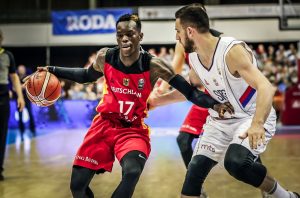 You can also stream most matches from Eleven Sports – a Taiwanese company. You will need to be connected to the internet from Taiwan, so if you’re located elsewhere you’ll need to sign up for a VPN (see below.)

Another site offering streaming of most events is NBA League Pass. The website’s accessible to players from all over the world, but the US and Canadian versions are covered by blackouts. Because of this, if you’re located within the USA or Canada, you’ll want to use a VPN to appear outside of these countries.

A VPN (virtual private network) allows you to ‘spoof’ your internet address so it looks like if you’re in a different country. It’s a really effective (and easy) way of accessing content that’s been geoblocked, and it works for much more than just sports streaming, too – you can use it for Hulu and Netflix as well.

ExpressVPN are one of the world’s most reliable VPN providers, and they offer packages from as little as $10/month, so if you’re looking to watch basketball live and the 2019 FIBA World Cup – and need to log onto the website from a different location – it’s well-worth taking a look at them.