Aussie Rules Football is the most popular sport Downunder and a favourite for sports punters. On the surface, the game looks extremely complex. If you are not familiar with Australian Rules Football, you may shy away from betting on it. A little bit of information and logging some hours watching matches will give you the knowledge needed to starting betting on it. If you want make AFL football betting with cryptocurrencies – check best crypto bookmakers rating.

What is Australian Rules Football?

Australian Rules Football is played at a frenetic pace. The game offers few opportunities for players to stop and catch their breath. The physical fitness of Aussie Rules players is incredibly high and like ice hockey players, they are considered some of the fittest in the world. 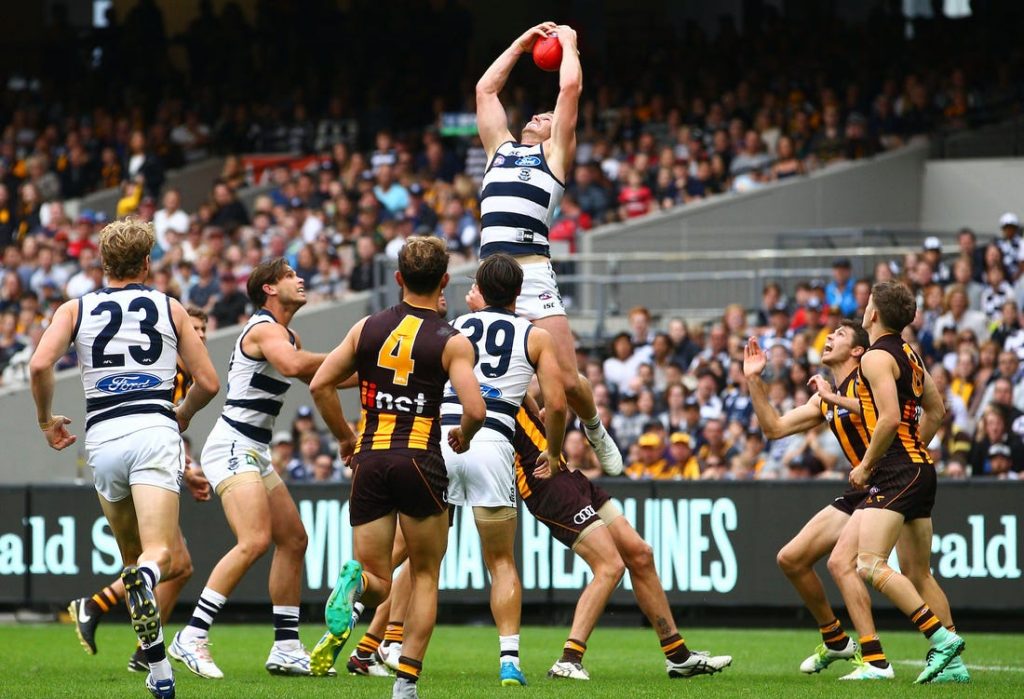 The game is played with an elliptical-shaped ball similar to the one used in rugby. However, unlike rugby, players must bounce the ball once every 15 metres. Passes can be completed by a player spiking the ball with their hand (similar to volleyball) or simply by kicking it to a teammate.

Points are scored by kicking the ball through the goal for six points or behind the posts for one point. The ball can be kicked at any height to score. The variety in passes and scoring allows games to be open and fast-paced. Games can be high scoring due to the way in which points are tallied.

Australian Rules Football is extremely addictive to watch. The pace makes it nearly impossible to take your eyes off of it.

What are the Differences Between American Football and Soccer?

American football is a stop-start game in which players line up against each other. On average each play in the NFL latest fewer that 15 seconds making games feel tedious. Teams also run set plays against each other almost like old-fashioned pitched battles in war. 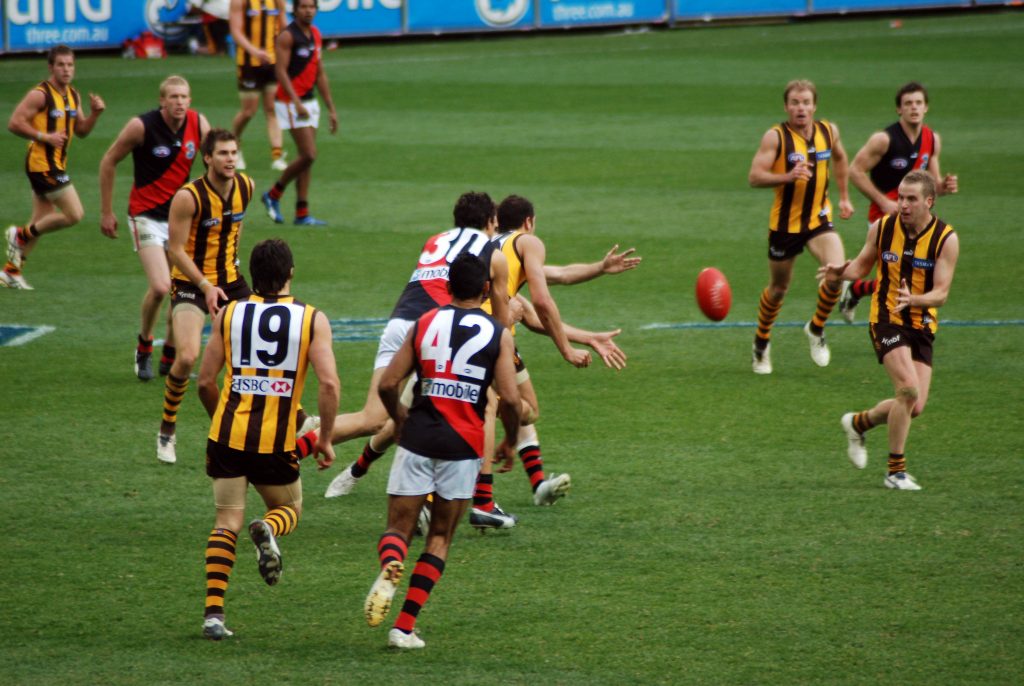 American football allows the quarterback to throw the ball vertically down the field while Aussie Rules players can only move the ball vertically by spiking and kicking it. In addition, players must dribble the ball every few steps, which is more akin to basketball. While players can use their hands in Aussie Rules Football, only goalkeepers in soccer can use their hands. The gameplay and rules of Aussie football makes it incredibly different than any other popular sport.

The Australian Football League is the top tier of professional Aussie Rules Football in the world. The AFL has 18 teams and can trace its history back to 1897. Five of Australia’s six states possess teams making up the division.

The season consists of 23 rounds with teams playing 22 matches. Each club is given one round off as a bye. The AFL’s top eight teams qualify for the Finals Series. Like the NFL or FA Cup, the teams then compete in a single-elimination tournament to crown the Grand Final winner. If you want find best AFL Grand Final betting odds, you need to check best online sports betting site for 2020. 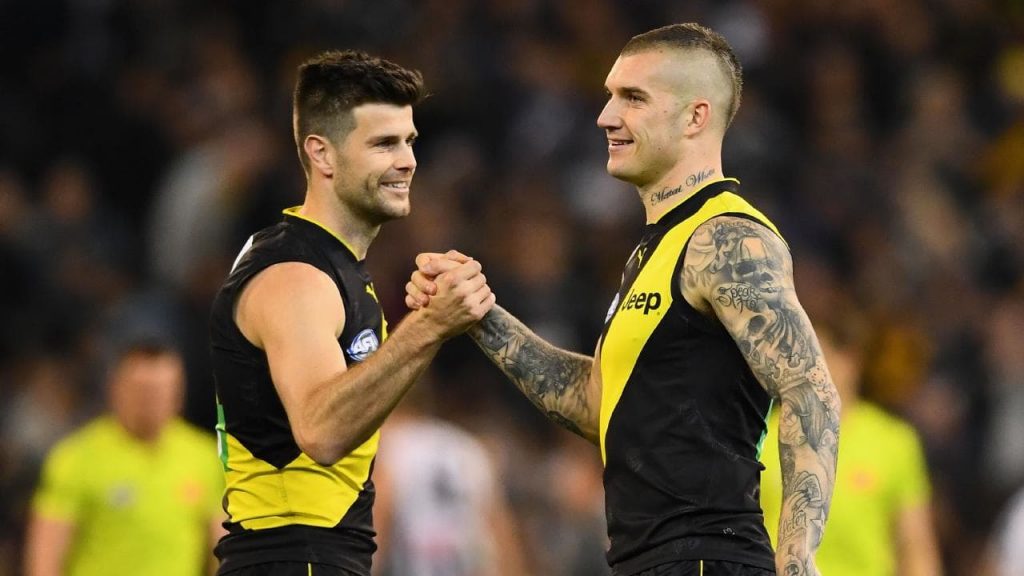 AFL betting promotions a host of betting markets. One of the most popular is the overall points market. The overall points market, or over/under, is a popular AFL betting market due to the high scoring nature of the league. Fans can also bet on AFL futures and winners of the Grand Final before the campaign kicks off. The AFL season begins in March and runs through September. It encompasses the Australian winter which takes place during summer in the northern hemisphere. Of course, there is the outright winner market that fans can wager on.

One of the most popular AFL betting strategies for bettors looking to make profits is AFL sports betting on an underdog team that scores a lot of behinds. If you can find a team that scores points from behinds, it means they are capable of causing an upset. 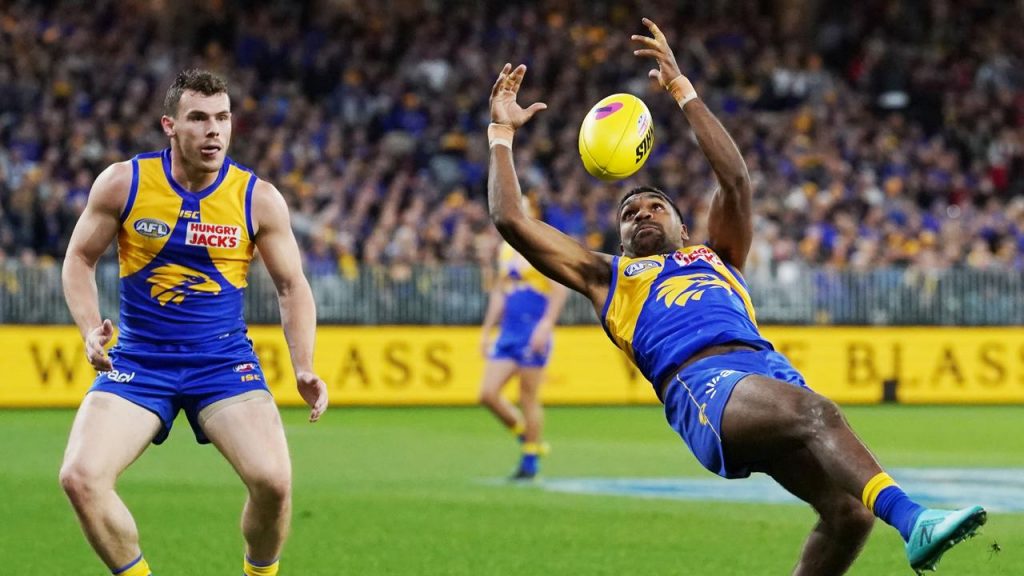 Richmond Tigers are a perennial favourite to win the AFL’s Grand Final each year. The club won the 2017 and 2019 editions of the Grand Finals. Their success has been recent and the 2020 season sees them as one of the favourites to become premiers once more. Richmond have won 12 Grand Finals since being founded in 1885.

Another favourite to win the premiers title in 2020 are Collingwood. The Magpies were runners-up in 2018 having been beaten by West Coast Eagles. Collingwood are 15-times premiers but have not won the Grand Finals since 2010. They are one of the best-supported clubs in the AFL.

Joining Richmond Tigers and Collingwood as favourites to win the league are 2018 premiers, the West Coast Eagles. The Perth-based team are four-time Grand Final winners. Greater Western Sydney are an outsider to win the AFL premiers title this season. The club has never won the Grand Final and are one of the AFL’s newer teams. The Greater Western Sydney Giants have only been in the AFL since 2012. In 2019, the Giants played in their first-ever Grand Final and lost to Richmond, 114-25.

Australian Rules Football is an incredibly fast-paced sport that is beloved by people Downunder. The popularity of the sport continues to grow around the world and sports betting on AFL matches is at an all-time high. Whether you fancy betting on match winner markets or total points, wagering on AFL matches can be lucrative and a whole lot of fun.

People are asking these questions
🏉 What is line betting AFL is it same as handicap betting?

Yes it same, line betting AFL is the market to make both betting outcomes equal. The bookmakers giving both team a handicap, know as a line.

🏉 How does AFL line betting work?

🏉 Who is favourite to win AFL grand final?

🏉 What is winning AFL betting system?

If you betting on odds over than 1.85, you need be right 54% of your bets to have winning AFL betting system. How to do that, read our betting guide.

In AFL regular season teams playing 22 matches in 23 round. Top 8 teams qualify for the Final Series. Difference between betting in regular season and finals is that finals games are more serious. Teams concentrate way more because Grand Final is a single-elimination tournament and one loss will send teams home.