5 tips for a beginner how to save your money

There are no magical systems.

There are a lot of different pseudo pages on the Internet, such as “I quit my job, I started using some betting system and now I earn 5000 eur/month without leaving home.” The reality is that often such advertising is indirectly triggered by betting or casino companies themselves. This is a very cheap bait, but people who do not have a basic understanding of mathematical probabilities often do so. The most common way is to offer or double betting (martingale system) or bet on low odds bets. Both of these systems have nothing to do with any kind of sport analysis or value searches, just imposing mathematical models. In a nutshell, they are both brutally harmful! Those people who advertise them usually earn a certain percentage of your lost money. So, they will urge you to sign up on any of the cool casino pages that allow doubling bets or something similar. Therefore, those systems are ineffective mathematically, i.e. Negative values are there ​​and there will be all your money burned down in the long run.

If you ever heard similar happenings when a person succeeds in making money using such systems, there are only two possible options, either he is lying to you, or he has done it for a short period of time and has not yet been able to burn. To live out of sports betting it is very important to understand that we are not looking for casual success that would bring us money in the short term, but in the long run we will go bankrupt. We are looking for value bets that will earn us constant money in the long run. 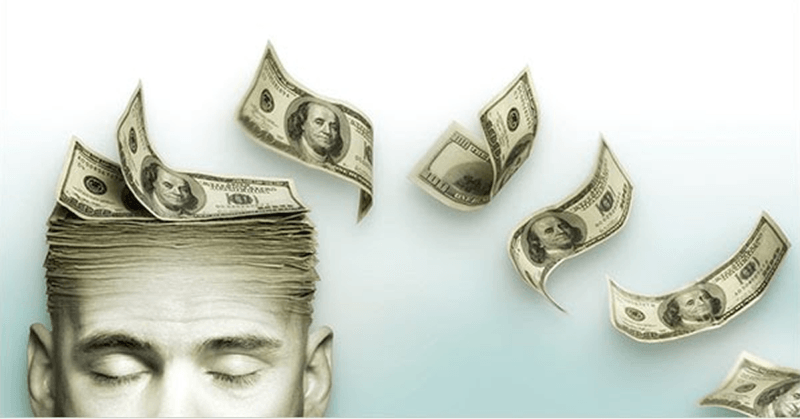 Now imagine that you have a system that does not require any mental ability and is learned within forty minutes. It’s clear, you do not need any special qualities, no science, no preparation, and you can earn thousands of euros simply without doing anything. So, everyone who knows it, can use it, so every ordinary person is your direct competitor. Then the question for you is, when having such a system. How many strangers will you share it with? And even advertise it on the Facebook page. That is not likely to happen.

It is strange to me to write so much about such a method of primitive deception, but I get a lot of letters from people who are happy to “find” this system on the Internet and asks me if it can be true? The strangest thing is that among these people there is an abundance of intelligent people with a higher education who had been studying high mathematics for at least half a year.

Remember that all systems that promise quick pay or very high percentages, with very little or no risk, are always just deceptive schemes. Remember a second bank MMM scheme in Russia.

Again, it’s a similar scheme as above and it does not necessarily have to be in Facebook, maybe you can use forums or even create pages. We named it “Facebook Experts,” because on Facebook you are most likely to meet them. The point is that there is also a specialist who seems to be well-versed in sports and who wants to share with you for a certain profit share. It can range from 10% to 50% of your profit. In most cases, it’s clear they will target the highest percentage. At the same time, the higher percentage he wants, the more fraud you can expect.

Majority of such professionals are just beginners who do not manage their emotions and do not control their desire to gamble. Because they do not have their own money, they offer you a wide range of options, such as: “I’ll give you 20 reliable bets, you bet on each bet for $100, we’ll split up the profit you earn in half.” Such a person can even send you reliable examples that someone has already worked with him and has already won something. On the one hand, this may sound right, but here is a very simple scheme of fraud that spreads in Russia when one person is given one bet, the other one same match other bet, i.e. One is told to bet for CSKA Moskow and the other one for Piraeus Olympiakos in the same match. So the predictor of the match always wins, at least in the eyes of one player 😉

Even if there is no direct deception scheme, i.e. The player actually tries to speculate on the outcome of the match, most often, it’s done very unprofessionally, speculating a lot of different levels, branches, giving totally unrelated events. For example: Champions League matches, the next bet on the Japanese women’s second basketball league. So, all the bell rings at once.

Why not believe in such offers? Because if these people understand the bets and how to earn money from them, they would bet with their money, why would I share 50% with someone when I can earn a lot of money and hold 100% on to myself.

Most often, if you look more closely at the Facebook profiles of these people, it will be either false profiles designed to cheat people or simply children’s profiles who think they have discovered a way to “easy profit” at the expense of other players.

Never trust your money for anyone.

This is a very primitive scheme of fraud when you have a betting specialist with extraordinary skills, just to predict the future of sport, but somehow, to do this, he needs your own login to betting accounts. Again, it’s hard for me to believe myself that it’s naive people who are so overwhelmed. So never give away on your betting accounts. Remember this as a bank, or do you share your bank logins with all the “experts”?

The Internet is full of various fraud schemes, they have one thing in common, they are often attracted by very fast and great achievements. Here’s a quote from one Facebook group. “Our hit percentage exceeds 80% and the average odds is 1.98.” Never, never believe in such offers. Why? Because, with 80% guessing, the average odds 1.98 is earning more than 50% of each bet. 50% !!!! Can you believe? It’s like a bank that gives 50% interest per month! Here it is even better than all the second-time banks :). So let’s count together if I invest 1,000 euros (which really is not much, I can make that amount of money or borrow). And I bet with 5% of my total bankroll and I only make 20 bets per month. I increase my entire bankroll of 50% just per month, using the compound interest formula, resulting in more than 128 746 euros a year. Believe me if I have such a percentage of guessing I’m a millionaire and I’m not selling any bets to anyone, and I’m sitting and taking money. Or other options, this is a very short period ~ 1-2-3 in the first months or I just somehow cheat.

Artificially induced odds, this is a very simple method of deception, to find a bet that is 1.6 in the market, but write to all that it is 1.9 this instantly increase profits. Often these are more difficult to check, because the odds are constantly changing in the market, and sometimes they are certain that you bet with 1.9 odds, but after two hours there is only 1.6. Another way to artificially generate odds is to select some disadvantaged companies, we will say Marathonbet, a company that always has very high odds for good value bets, but it immediately limits the accounts, two successes are enough and you will no longer be the preferred customer to them. So, theoretically you can earn from them, but in practice 0% does it. However, some people put their odds on their winnings from such companies, but they are unlikely to put their bets there.

Fixes are pre-agreed matches. Let’s say when team A decides in advance that they will play something bad and will specifically allow the opponents to score more goals. The agreed races really are a major sports problem, especially for small leagues, where players are paid relatively low salaries, or they are somewhat delayed, so they naturally have a higher risk of not resigning to temptations. So, this is a serious problem that makes sports “ugly”.

Again, let’s think logically, when players agree about the outcome of the match at the risk of a thousands of penalties, defamation of reputation and disqualification from professional sports, for several years. Imagine what it means to be disqualified for 5 years for a professional player. The fact that you will never return to sports, and if you return to play it, you’re playing for the veterans. So, if that is happening, it’s definitely being kept as the biggest secret. If you ever find an online offer that you can buy an agreed bet for a certain amount, say 100 euros, this will always be a myth, it will always be a fraudulent scheme. Not to mention the people who say that they share “fixes” for free. It never happens. There are two schemes again, first, it takes some kind of match option that has to be completely “real” to finish but has a high enough odds, for example: 3.3. And it is given as a “free fix” if it passes, and sometimes, any team can win, then the seller already has evidence as it is, I’ve given it, it’s gone, so if you want the next one now pay me 30 euros. It will always be non-compliant and unrelated, so do not be fooled. All scammers play on your naivety and try to sell you “easy money”. If the “fixes” exist, they are kept in the greatest secrecy, and not sold for several hundred euros.