Football in the United Arab Emirates

Football is a popular and widely practised sport in the United Arab Emirates. Although not one of the best footballing countries in Asia, the United Arab Emirates has nonetheless produced some of the most celebrated teams at both international and club level as well as talented players. Currently, football is the leading sport in the country, so, read on to learn more. 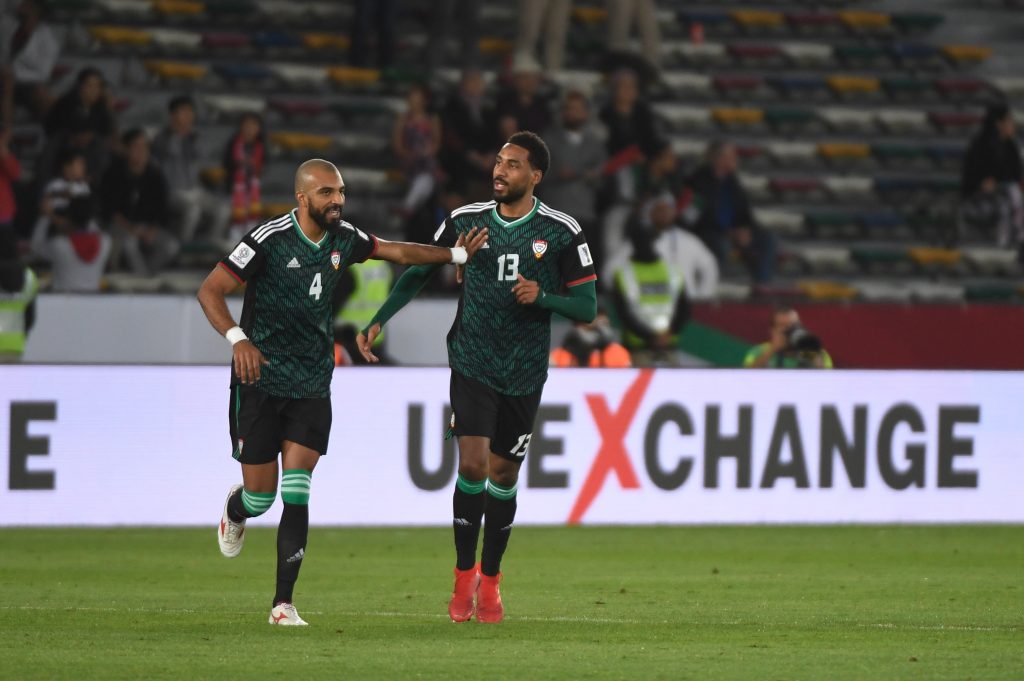 The UAE Pro League is at the top, and currently, two football clubs get relegated or promoted between Division 1 and the UAEPL. United Arab Emirates League Cup Division 1 has been the second tier football league in the country since UAE Division 2 Group B and A have been obsolete since 2012.

AI Ain is the most successful football club in the UAE, with a total of thirteen titles. While the UAEPL and the UAE Division 1 were formed in 1973, the United Arab Emirates Second Division League was launched in 2019 to act as the third tier football competition. 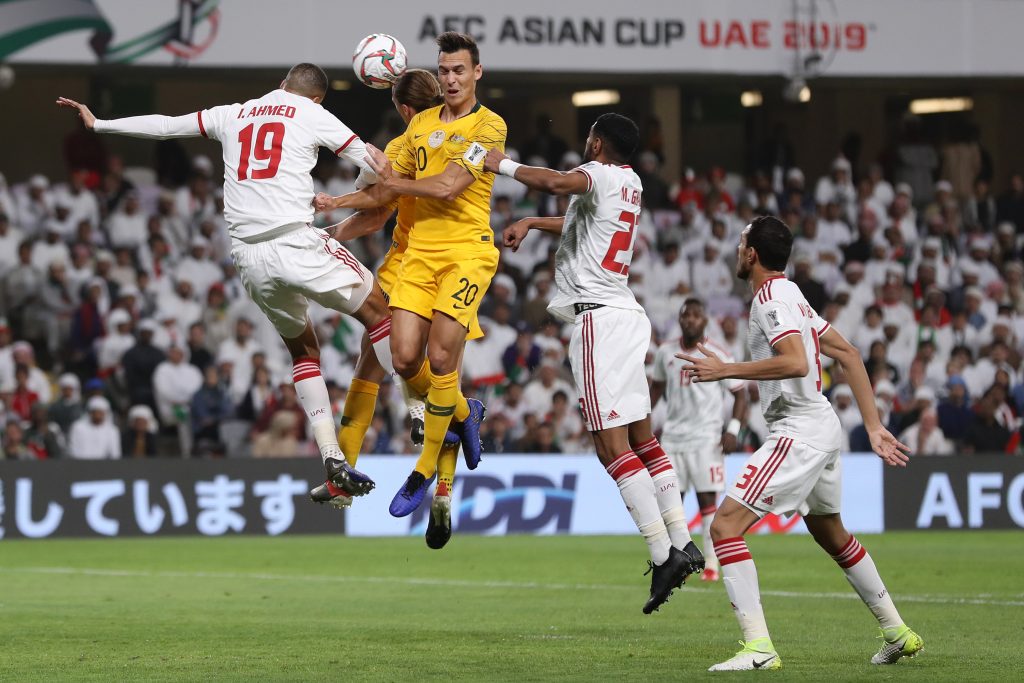 All football clubs in the UAE are under the control of the United Arab Emirates Football Association. The leading clubs in the country compete in the yearly AFC Champions League, with AI Ain being the sole UAE football club to win the tournament in the 2002/03 season. 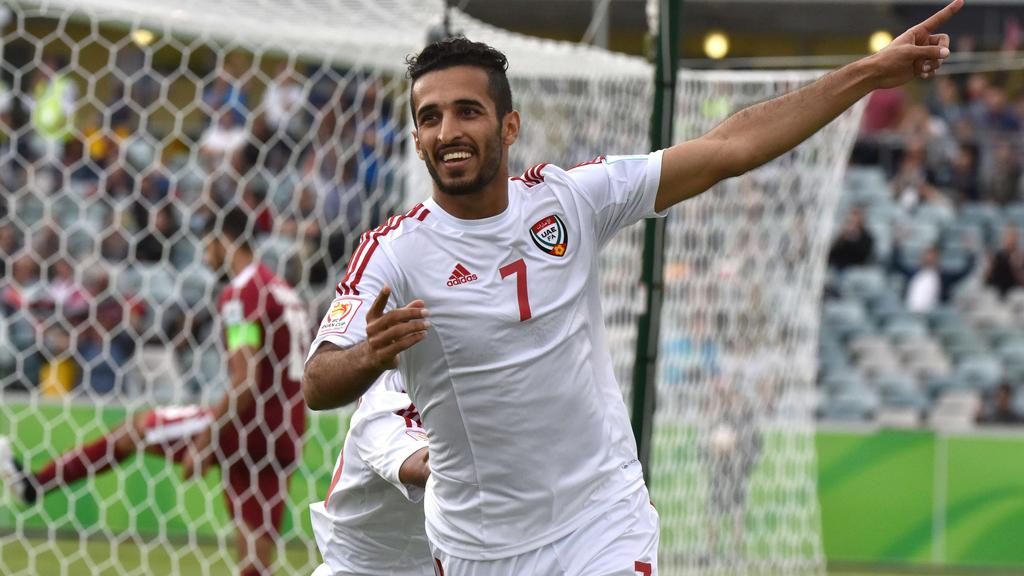 Currently, there are 24 clubs in the two top UAE league cup. The United Pro League includes 14 competitive clubs, while the second tier has 10 teams.

Since the formation of the United Arab Emirates Football Association, no fewer than six-cup tournaments have been competed for in the country. However, only three of them remain in existence. The UAE President’s Cup, initially known as Emir Cup, started along with the pro league, and since 1978, it has been established as a yearly contest.

More recent cup tournaments to the calendar include UAE Super Cup and Etisalat Emirates Cup. The main defunct tournaments are the UAE Cup of Vice President’s, the UAE FA Cup, and the Federation Cup, which is an irregular competition.

The UAE national team represents the country in the international association football and runs under the United Arab Emirates Football Association. The UAE’s home ground varies. Many matches have been played in Abu Dhabi, at the popular Sheikh Zayed Stadium, Hazza Bin Zayed Stadium, and AI Jazira Stadium.

The United Arab Emirates team has made only one World Cup appearance, which was in Italy in 1990. However, the team lost all of its three matches to Yugoslavia, West Germany, and Colombia. Two years after the World Cup in 1992, the United Arab Emirates national team took fourth place in the Asian Cup and a runner-up in the same competition in 1996. In both competitions, the team lost all the games on penalty kicks. 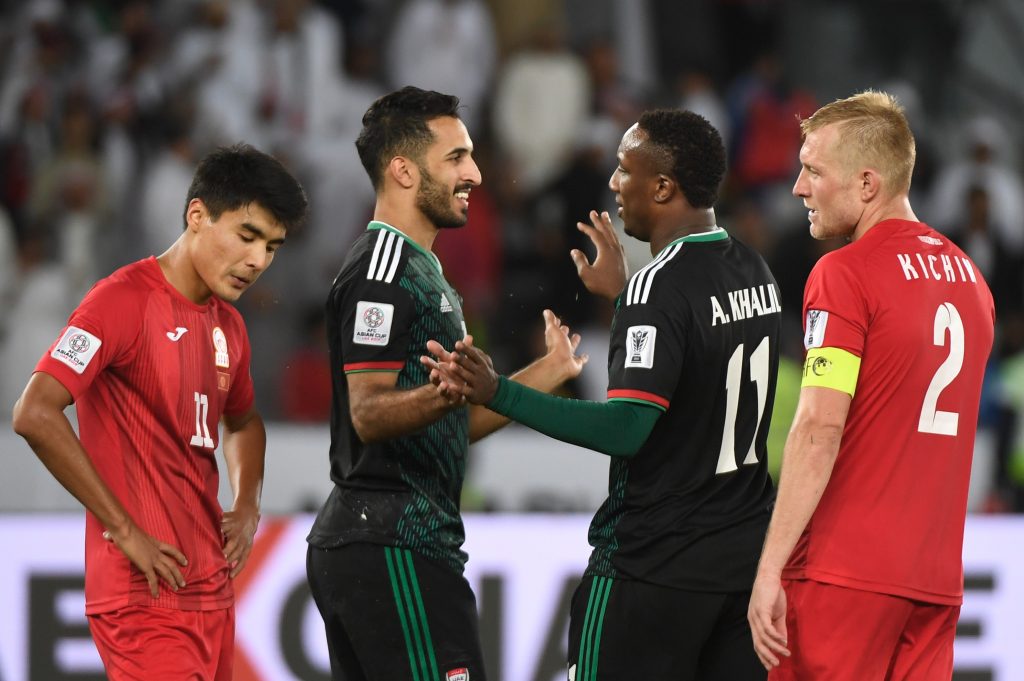 Also, the United Arab Emirates national football team has won the Arabian Gulf Cup tournament two times in 2013 and 2007. In the 2015 AFC Asian Cup, the team finished in third place and hosted the 2019 edition. However, it was eliminated at the semi-finals level.

The first game of the UAE national team was played against Qatar on 17th March 1972 at the Prince Faisal Bin Fahd Stadium. After the first match, the team faced various Arabian countries beating Bahrain 3-0 and losing 7-0 and 4-0 to Kuwait and Saudi Arabia, respectively. After competing in four Gulf Cup competitions since 1972, the country hosted the 1982 edition. The team finished in third place, as in the other previous tournaments.

The United Arab Emirates national team qualified for the AFC Asian Cup for the first time in 1980. The competition was held in Kuwait, and the team was drawn with Kuwait, Qatar, South Korea, and Malaysia. In Group B, It finished in fifth place and ninth overall. 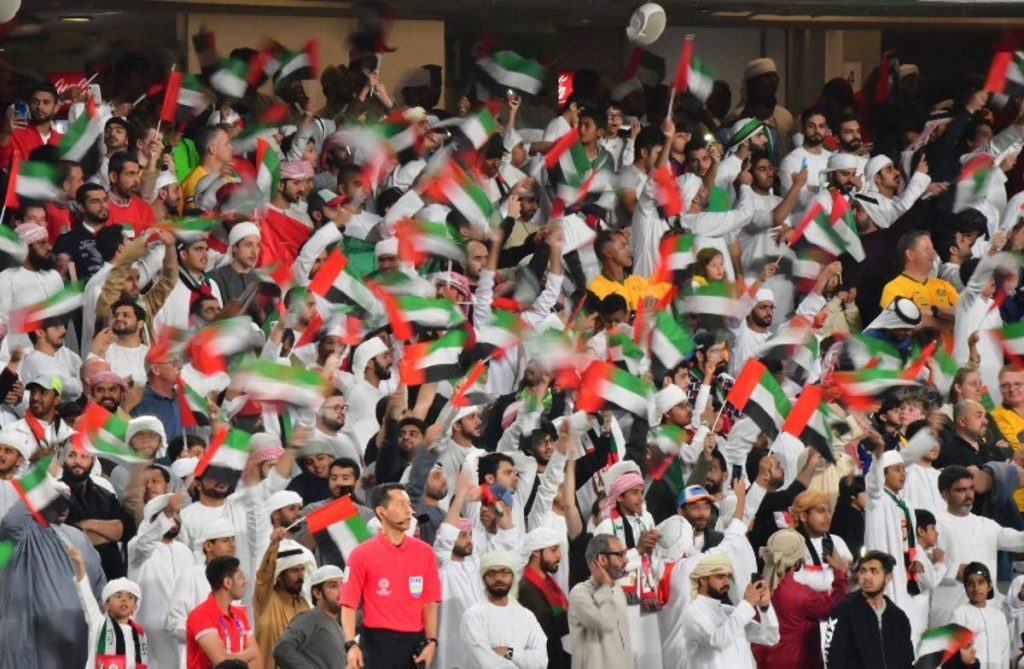 Also, the team qualified for the next two competitions, 1988 in Qatar and 1984 in Singapore. Again, it was eliminated at the group levels in both. The first victory of the competition occurred on 7th December 1984 against India under Heshmat Mohajerani, who was the manager.

In 1984, manager Heshmat Mohajerani resigned as the United Arab Emirates head coach, and Carlos Alberto Perreira, a former Brazilian manager, replaced him. Perreira led the team at the AFC Asian Cup in 1988 and left the position after the competition. Mario Zagallo, a Brazilian World Cup-winning manager, succeeded him. Manager Zagallo led the team to the qualification for the FIFA World Cup in Italy in 1990. However, the head coach resigned before the competition, and Carlos Alberto Perreira returned to lead the UAE at the tournament.

The team was drawn in Group D along with Yugoslavia, Colombia, and West Germany. It lost 5-1 to West Germany, 4-1 to Yugoslavia, and 2-0 to Colombia. The United Arab Emirates finished fourth with zero points, conceding eleven goals and scoring only two. Khalid Ismail scored the first goal in the competition against West Germany. Just after the competition, Carlos Alberto Perreira was sacked, and two years later, the team finished fourth at the AFC Asian Cup in 1992. 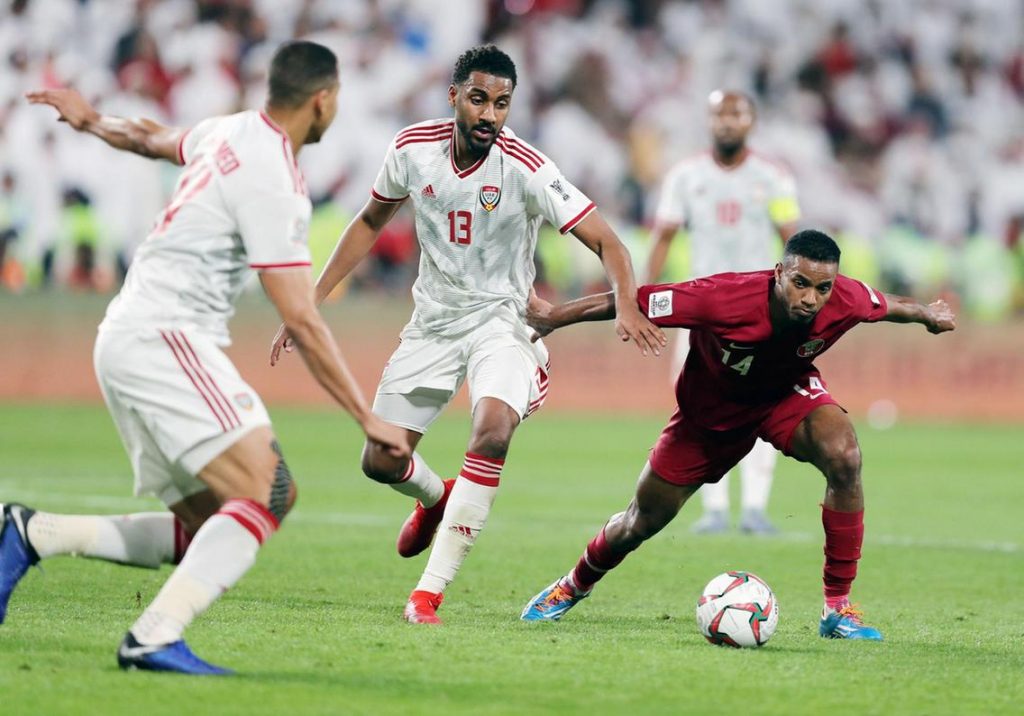 After the 1992 AFC Asian Cup tournament, UAE hosted the competition in 1996. Tomislav Ivic was the head coach, and the team was drawn in Group A with South Korea, Indonesia, and Kuwait. It drew with South Korea and defeated both Indonesia and Kuwait to advance as the group winners.

The team qualified for quarter-finals, where it defeated Iraq 1-0 in the extra time. Then, it played against Kuwait at the semi-final level and won 1-0. It qualified to the final and lost to 2-4 in penalty kicks to Saudi Arabia. The team finished the competition as runners up, which is one of their best performances in the AFC Asian Cup to date.

The United Arab Emirates national football team also appeared in FIFA Confederations Cup in 1997. However, it did not perform well as it lost the first game to Uruguay. Then, it defeated South Africa before being thrashed 6-1 by the Czech Republic.

The years between 2000 and 2011 were the worst ever for the team. It missed to qualify for the AFC Asian Cup in 2000 and also finished last in the 2002 Gulf Cup tournament that was held in Saudi Arabia. Additionally, the team was eliminated at group stages in the next three AFC Asian Cup competitions. In 2007 and 2004 editions, the United Arab Emirates national football team was eliminated by Vietnam and Jordan, respectively. 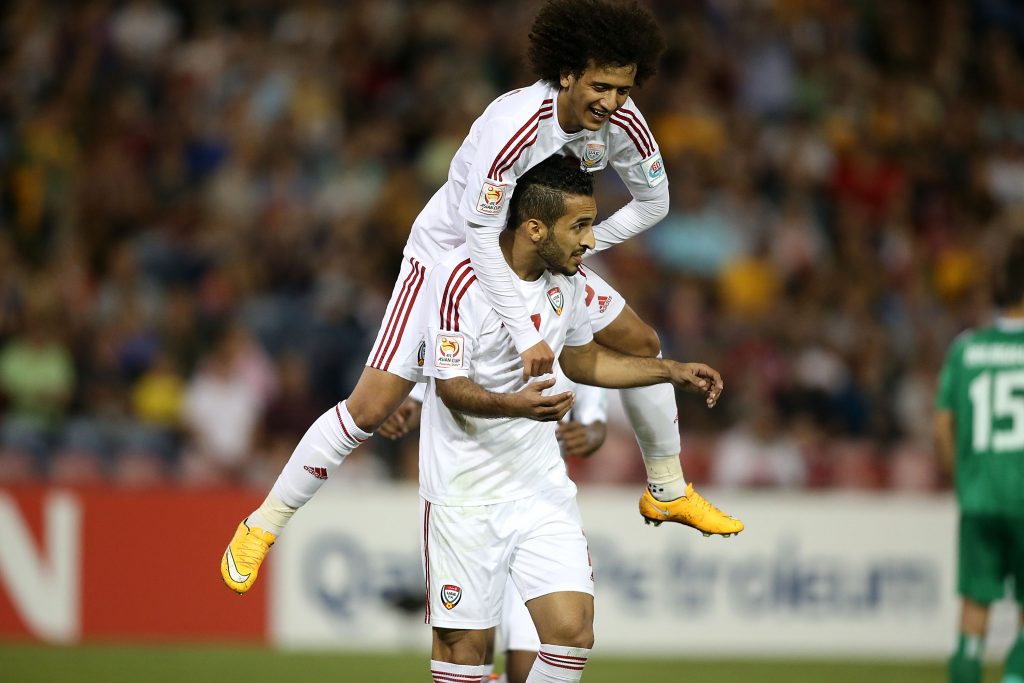 The team’s worst performance was in 2011 when it finished the competition without any goals. During this time, many well-known coaches, including Dick Advocaat, Roy Hodgson, and Carlos Queiroz managed the team. In 2006, the team appointed Bruno Metsu, who was the 2002 FIFA World Cup manager for Senegal. He led the UAE to the Gulf Cup title in 2007.

In 2012, the UAE appointed Mahdi Ali, the UAE Olympics team coach. The manager started by building a young team, inviting players that he had coached at the youth level. In 2013, Mahdi Ali led the team to its second Gulf Cup title.

To many football lovers, the UAE national football team’s form at the AFC Asian Cup was a big surprise. Drawn in Group C, the team defeated Bahrain 2-1, Qatar 4-1, and lost to Iran. As a group runner-up, it faced Japan, who were the defending champions in the quarter-final and advanced to the last four. It lost to the host and defeated Iraq in the play-off to finish in third place. 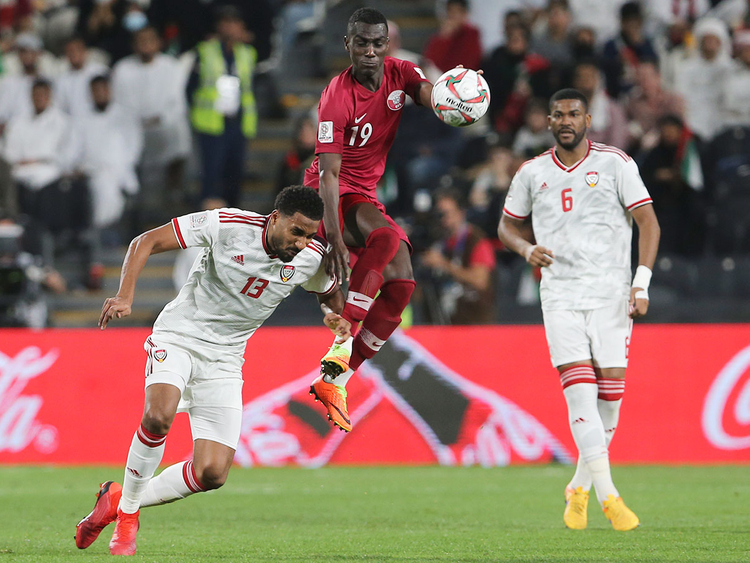 In 2018, the UAE national football team qualified for the AFC qualification second round, where it finished in the second place in Group A. It qualified for the third round of the tournament where it completed the competition in the fourth place, failing to qualify for the FIFA World Cup in 2018.

Despite this, Ahmed Khali, one of the best players of the UAE national football team, managed to be the top scorer. After failing to qualify for the FIFA World Cup in 2018, Mahdi Ali, one of the successful managers, resigned from the position. In the 2022 FIFA World Cup Qualification, the team qualified for the second round, and it was drawn with Southern Asian rivals Indonesia, Malaysia, Thailand, and Vietnam.

Since the team is one of the best performing teams in Asia as well as across the world, you should expect it to have some of the most celebrated players. They include: 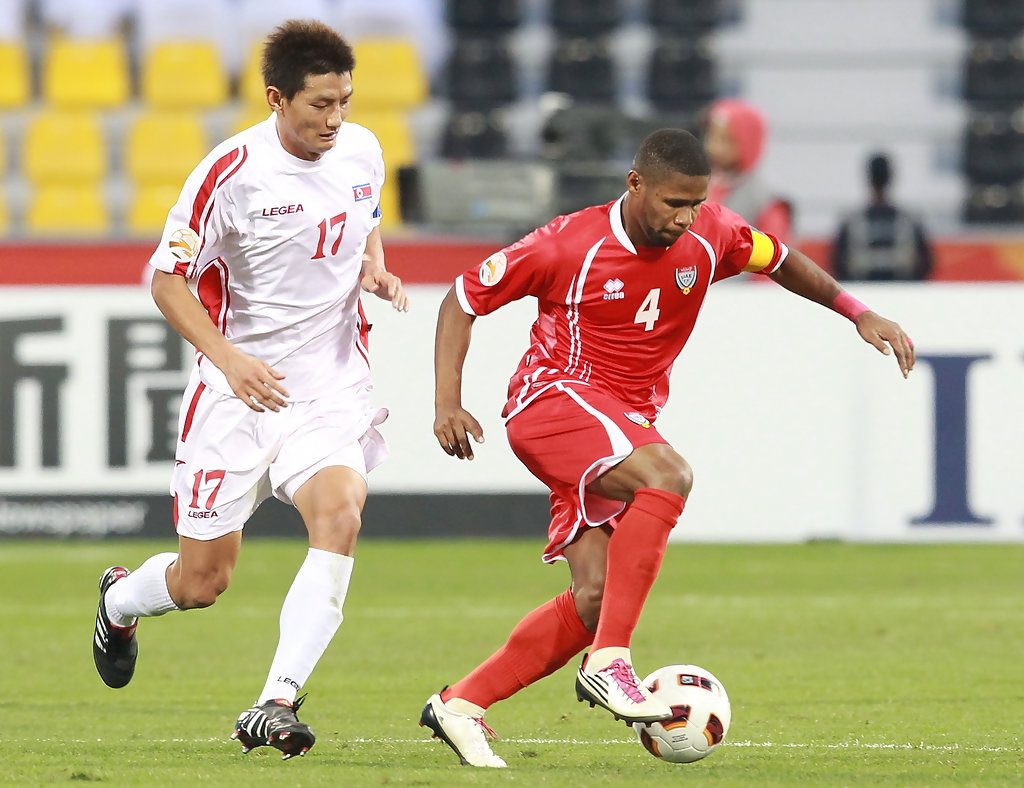 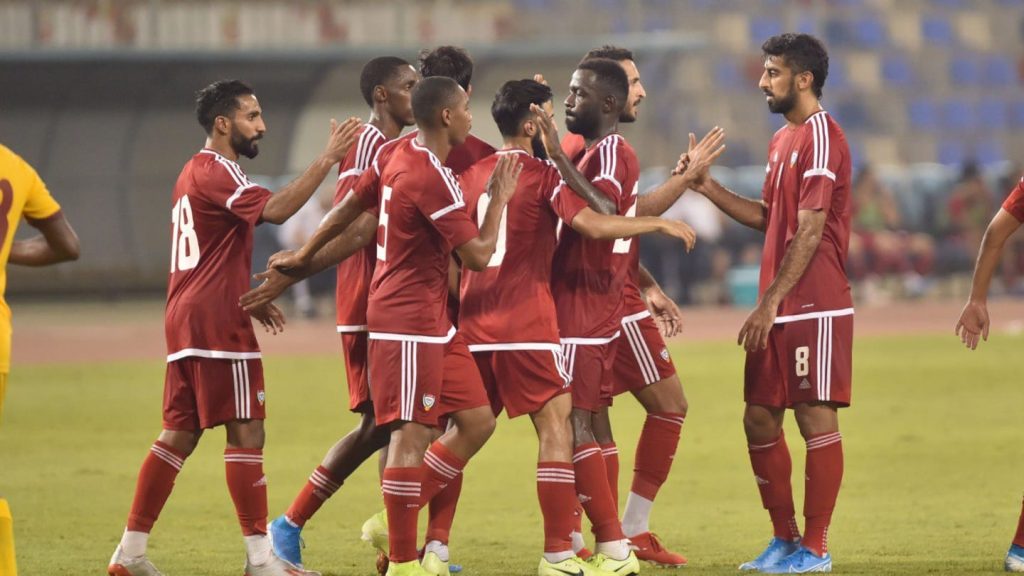