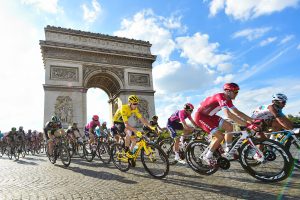 The Tour de France is the premier event when it comes to cycling, and the 2019 edition is just around the corner. The big names all congregate and fans come out in their thousands to line the streets of the tour de france route in what is a real celebration of the sport.

Just like many other sports, as it has grown in popularity, so has betting on the sport and the Tour de France is certainly the biggest betting event on the cycling calendar, as well as being the biggest event for those taking part. This year tour de france dates is July 6-28.

It very important in sports betting to chose best bookmaker, to find best odds tour de france and make more money, so check our rating of best online sport betting sites 2020. You will find best bonuses and some sites will give free sports bet. If you prefer betting with cryptocurrencies, we have good news for you, check out best crypto bookies page.

Teams and favourites for 2019

Although each rider has their own goals, cycling is very much a team sport and everyone will be pulling together in that team to give one man, or sometimes two, the best chance of winning. Each team is likely to have a sprinter that will aim to win the sprint races, and they will also have an endurance rider who will be aiming to win the overall event. The bigger teams will usually have a second endurance rider that is also given the chance by his teammates to do well. The rest are all there to set the pace, support their teammate in any way and do all they can to deliver him to the front at exactly the right moment.

Team Ineos had been expecting to have Chris Froome leading them with Geraint Thomas (tour de france winner odds 3,5@unibet) as his backup but a crash for Froome has left him in hospital and now Thomas is the main hope of that team. Those around him took him over the line in first place last season to claim the Tour de France title, and now Froome is not riding he is the favourite to win again in 2019. 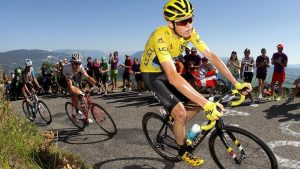 His biggest danger may be Jakob Fuglsang, who comes here on the back of a fantastic win in the Dauphine, a curtain raiser to the Tour de France. He led Team Astana for the first time last year and finished seventh in the overall standings. Prior to that, he has helped Vincenzo Nibali to a title, so knows what is required both as a lead rider and as a support rider. He arrives in great form and many think this could be his year.

Where to watch online & live streaming

Cycling has really increased in popularity over the past decade, with more and more people enjoying the sport and that includes getting out there and being a spectator. When a sport sees a surge of interest like this, it is often followed by people looking to bet on the sport. If you have never placed a cycling bet before and you are looking for a way in then the good news is that this is a really accessible sport, that is easy to get involved with. 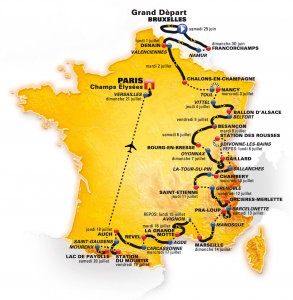 The majority of cycling betting markets are very simple, and the most common way is to either back outright for someone to win the whole event, or to win an individual stage on a particular day.

Those that have limited knowledge of the sport would probably be better sticking with the outright betting on who will win the event, to begin with as this will include all of the big names. For example, in this instance, you are not really interested in who will win the individual stages, but you have a rider who you are wanting to win the whole event. This way of tdf betting also appeals because it gives you an interest on every day of the competition, you can watch your rider perform and hope he is close to the leaders at the finish.

The other way to bet is to look at the individual stages. However, you do need a little more knowledge of the sport to have any success on these, and it is key that you understand what type of tour de france stage betting it is and who it will suit. 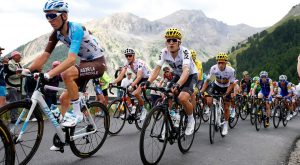 For example, on the Tour de France, we have a mixture of stages which are flat that provide a sprint finish and those that have huge uphill climbs and produce a gruelling finish where the riders are strung out. In the first example, you need to be looking for a sprinter. These will remain close to the pace and wait until the very end for their time to strike, in the hope that their final big burst can take them over the line in front. The second is all about the climbers, those who have endurance and those who relish the test this brings. Backing an endurance rider on the first example and a sprinter on the second example, even if they are top riders, will not produce you any winners.

For those who are looking to place bets on the upcoming Tour de France betting, understanding each stage cannot be underestimated and if you don’t have this then you are going to have a bad run of losing bets. It is vital to understand who the stage suits, but also to understand who will be attacking and trying to win the stage.

The Tour de France is a long event, with a huge effort required just to get to the end, let alone to actually win it. There will be stages throughout the event where tour de france teams don’t attack, and instead, they sit back and are happy to finish in the middle of the pack and not lose too much time. Look out for this, and you should be able to work things out based on which riders are going to be suited by the stage and who won’t be.

If you are looking to back someone at a big price to win a stage then perhaps the best strategy is to look for a support rider who likes to be out in front. Their job will be to make the pace and set things up for those behind them, but from time to time if these riders are going well they will be allowed to stretch on to try and win the stage for themselves, and usually, they are not for catching.

If you are interesting betting on cycling, you should check cycling betting guide.