Three wide receivers to follow early in the NFL season 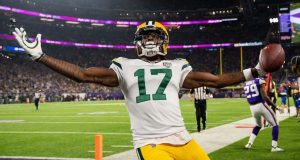 The new NFL season is up, and excitement is beginning to build around the world, not only just in the USA. Wide receivers are some of the stars of the game, and also a big area of focus for many NFL gamblers. These players can help you land a winning bet on a team if they play well and score touchdowns, while you can also back them individually to either make a number of yards or score a touchdown. With these markets open to gamblers it is time to look at three NFL wide receivers you need to follow early in the new season. 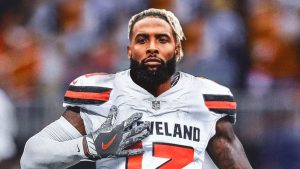 The entire league knows how good Beckham is, and he is sure to attract double coverage from most if not all teams this season. That would usually spell trouble from a betting point of view, but this time I don’t think it will, and I will be looking at Beckham early in terms or the number of receptions he has.

Backing his total yardage may not be the best idea, as with two players around him, he could struggle to get loose and make hay on the ground after he has caught the ball. However, it could be argued that the future of this Cleveland Browns franchise rests on the shoulders of Beckham and his new quarterback Baker Mayfield. How well these two work together will shape this team, and with Mayfield being young I expect the Browns to give him every chance of working with Beckham. That will mean a lot of throws going the way of the star wide receiver, making him a prime player to back on the total receptions market, as well as a contender for touchdown scoring too.

Usually a player like Beckham would be too high risk to back, with two players set to be watching him on every play. However, the Browns need him and Mayfield to get in their groove as quickly as possible and I think that all points to a huge number of balls thrown towards Beckham, if that is the case then there is certainly value here, despite the chances of him having two players against him when it comes to catching and running with the ball.

Odell Bechham, Jr contract with New York Giants is 5 years and he will get $90,000,000. All information, including Odell Beckham stats, you can find – spotrac.com

If it’s touchdowns you want then why look anywhere else than the number one for the past three seasons? Adams has led the league over that period in receiving touchdowns, with a total of 35, which is not too far away from one per game. Any kind of odds available, even if he is odds on, would make him value to score a touch down at anytime.

Dante Adams has two advantages in his game right now. The first is that the Packers don’t really have another player who can get anywhere near Adams, he is the clear number one in terms of receivers they have. The second is the man throwing the ball to him, Aaron Rodgers, without a doubt one of the most intelligent and best ball throwers we have in the NFL, and with Rodgers throwing the ball to him, Adams will never be short of opportunities to score.

Last year he scored 13 touchdowns from 15 games, and when you are looking at the betting he is likely to be the favourite on the anytime touchdown market. However, with stats like that, you can afford to back Adams at odds on every single game he plays and the chances are you will still make money. With Aaron Rodgers not at his best last season there is hope that Adams can benefit from an upturn in his form and that could lead to even better numbers for him.

At just 26 year old, he is still in his prime and if there is a season where you need to be backing him for success then this is it. Although his numbers are impressive in terms of yards, I think the best way to back Adams is to do so on the anytime touchdown market, where you will always be in with a shout when Green Bay have the ball.

Davante Adams contract with Green Bay Packers is 4 years and he will get $58,000,000. All information, including Davante Adams stats, you can find – spotrac.com. 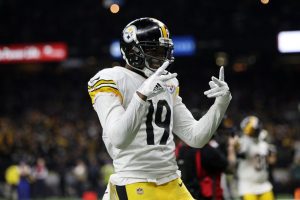 The main focus of the Pittsburgh attack has always been Antonio Brown, but he has left the franchise and it is the turn of Smith-Schuster to step up to the plate. However, when you look at Juju Smith stats, he quietly went about his business impressively last season, already playing a big part, so this is not a big jump for him like some are saying. I have no issues with him handling the larger role based on what he did last season, and if he does pick up any more targets this season, I can see him having a monster year in terms of yards.

He was the 4th most targeted wide receiver in the entire league last season, so the chances of even more targets coming his way could see him move to number one. He had 1426 yards with seven touchdowns from 16 games. His touchdown ratio is not that impressive and it is not here where I want to back him, it is on the total yards line.

That number of 1426 yards could well go over 1500 this season, and that would work out at very close to 100 yards per game. With that, he will constantly go over the line and with odds close to evens available on this two way market, it looks as though there is money to be made on Smith-Schuster.

He probably didn’t get the credit for what he did last season, but with Brown out of Pittsburgh he certainly will this season. I’m backing him for another great year, and if he stays injury free there is every reason to believe he can get over the 1500 yard line across 16 games, which would be an impressive effort.

Juju Smith Usc contract with Pittsburg Steelars is 4 years and he will get $4,195,779. All information, including Juju Smith Schuster stats, you can find – spotrac.com.