How Understanding the NHL Schedule Can Help You When Betting

The NHL has one of the toughest game schedules for teams of any sport, in any country around the world. The players who play elite ice hockey in North America certainly have it tougher than most others, and while you may not think about it when you are betting, understanding the league and what makes it difficult on players can really help you with your betting. You want bet with Bitcoin? Find out best cryptocurrency sports betting sites.

From long road trips to home stands, travelling across different time zones and playing back to back games or three games in four nights, there is always something of interest on the schedule for you to try and work out. You need to count before betting games per week nhl teams plays. In each of the above, one team in a game will be disadvantaged by what is happening, and that should in theory make the game easier for you to work out from a betting point of view as you have an angle to go in. 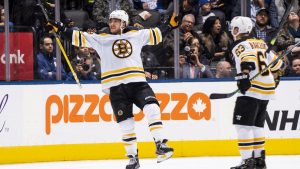 Back to Back Games

This is one of the easiest things to understand, and you don’t need to have any knowledge about the geography in ice hockey North America, you just need to look at the fixture list. If a team has played the night before, while their opponents have been sat at home resting then this has a big impact on the hockey game and who will win it.

Fatigue will kick in towards the end of the game and this can be larger if the team playing a back to back is away from home. If this is the case then they have a little bit of travelling to do between the two games, they are away from home comforts and staying in a hotel. It may not sound like too much, but all of this adds together and when you throw in two games in two nights, it will affect teams.

The second thing to consider about back to back games is that it is very unusual for teams to play their number one netminder in both games, they will often play their second choice netminder in the second game. In theory, this should make them weaker as they are missing their first choice and while some teams have good back up netminders on their roster, this is still not the same as playing the main guy.

When a back to back takes place for a team, they are at a big disadvantage when it comes to game two. You can use this knowledge in your NHL betting tips to give you the upper hand and back against them and the only thing you need to know is how the schedule looks, you don’t need any other knowledge. If you want big betting limits, you need to know best asian bookies 2022. 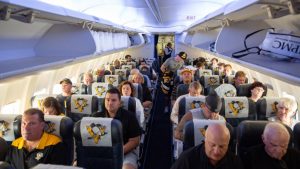 One of the biggest strains on those who play in the NHL is travelling, and this doesn’t even need to be games that are played back to back. From teams such as those in New York and New Jersey on the east coast to those on the west coast such as Los Angeles and San Jose, there is a big span of teams from east to west in the league. Add on the north to south travel too, with teams down south like Florida and Tampa Bay having to travel north to places in Canada like Winnipeg, Calgary and Vancouver.

Even if a team has a rest day in between, travelling will still take its toll on the players, as their rest day will be taken up by adjusting to the new time zone and recovering from their travel. This is all done while the home team from the matchup has been in the comforts of their own homes, practicing at their normal rink and not having to deal with any travel issues.

Travelling is tough in the NHL, and something we don’t really think about when looking at the games, however it is certainly a way into the games. If you understand the geography of North America then you will know where each team is based and the tough trips they face during the season.

You can use this to help you when placing your bets, and know which teams are at a disadvantage when they are playing on the road, so you can back the home team in those situations. 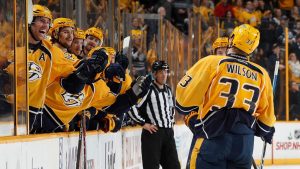 From time to time you will see a team have a number of home or away games in a row, for home games this is referred to as a home stand while for away games this is referred to as a road trip. There is one key to success here and that is team togetherness and confidence. If a team isn’t clicking and not playing well together then a road trip can be tough, the players are away from home and moving from city to city, winning under these circumstances is hard enough without the additional pressure of not being 100% together.

Even at home this can have an effect on people. When playing at home the team all get to go home to their families and away from hockey, but sometimes that is not what is needed. When on the road, teams live together in hotels, travel together on flights and bus rides and have to spend time away from home.

When things are tough this is hard, but when things are going well, this can really bring together a team and help them to perform at an even higher level.

It is not easy to gauge which way to bet before a road trip, but it is easy to look at a team part way through a road trip or a home stand and work out how they are doing. For example, if a team is playing well on the road and they’ve won a couple, this could be a team that is 100% together and playing for each other, making them the ideal team to back on the road.

The same can be said for home teams, but if things aren’t going well then teams can find themselves stuck in a bit of a rut, needing an away trip to bring them back together.

If you interesting in NHL betting and want find more information about this league, read ice hockey betting guide.

It is always important to look at the relative strength of each team, but with the NHL more than any other US sport, it is vital to assess where the teams are, how they come into the game and how that will affect their fitness. Read fore more information – basic NHL ice hockey betting tips.