NBA Half and Quarter Betting 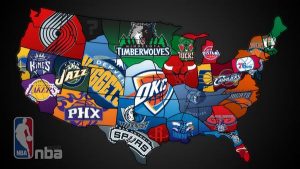 When you looking on betting systems or placing bets on the NBA, there are many different betting markets available that mean you don’t need to place a bet on the actual outcome of the game. One way you can do this is to split the game into different sections and bet on smaller segments of the game. Also you dont need bet only in one bookmaker, so check our free sports betting sites list and if you like bet with cryptocurency check out crypto sports betting list.

NBA online betting or college basketball betting can be especially profitable if there is a reason for you to do this, because of some stats, injury news or anything else you feel gives you an edge of the bookmakers. As far as stats go, if for example, you find a team that are particularly strong in the first half of games, then backing them to win the first half may be a safer bet than backing them to win the full game. The same can be said about a team that starts slowly and finishes strong, this team would be an ideal candidate to back to win the second half. They may not do enough to come back and win the game, but they do have enough to win the second part of the game.

When it comes to injuries, this is something that you can use to either place bets before the game or during the game in betlive sports platforms. If, as an example, a team has a couple of injuries then they are more likely to tire towards the end of the game as their better players have pressure put on them. The replacements may not be as good either, which lowers the quality of the game. If you think a team will tire towards the end then you may want to back against them in the full game, although a safer bet may be to go against them in the second half.

In Play Half and Quarter Betting

When it comes to splitting the game down into smaller sections, you can also do this in play, which is becoming a very popular way to bet. Either alongside betting pre-game or instead of, punters are now putting their wagers down on the game while the action is taking place.

If you see an injury occur to a key player in the game and you think that will have a big impact then you can use this information to place a bet on a smaller part of the game. For example, if a player goes down and you think his team will miss him and feel the effects of that in the next few minutes, you can quickly get on them to lose the quarter of play they are currently in. If you do that, and your bet is a winner then you will find yourself placing a wager and then bagging a winner just minutes later, and this is why betlive sports betting appeals to so many people.

Alternative Markets for Half and Quarter Betting

When you place a bet on the whole basketball game, there are many markets to choose from and when you are splitting the game down into halftime tips or quarters, the same is available for you. There are three main markets that you can use when placing your bets, the money line which is who will win the part of the game, the handicap spread, which is who wins the game based on a created handicap line and the total points line, which is how many points will be in that section of the game.

If you place regular NBA bets then you will know and understand all three of those markets, as they are three of the most common ways to bet on the sport. They are also simple to understand, especially the money line, which is the simplest way to place your NBA wagers.

If you are looking to add value to your money line bets then the handicap line is the place to go for that. Here the bookmakers will create a line to make the teams equal, so instead of backing a team to win you are backing them to win and to also cover the handicap line.

While you may not use all of these markets when you are splitting a game into quarters and halves, it is great to have choice available to you.

NBA Betting Strategies for Half and Quarter Betting

If you are looking for basketball betting strategy to follow when betting on half or a quarter of a game then the below strategies are simple ways to get involved.