How Does the Draw Affect a Flat Horse Race?

Flat horse races around the world are started using starting stalls. These are gates that open at the same time that horse’s race from, and horses are drawn out into the stalls. The draw has a huge effect on a horse race and is something that can be the difference between winning and losing a race. When looking at a race and deciding which horse you want to back, you must take the draw into consideration. Many people look at the draw on certain tracks, or in sprint races where it means more, but it is important to see how the draw looks on any race because it will always have an effect, even though it may only be a slight one. If you are interesting to choose best bookmaker for horse racing betting, check our best horse racing bookmakers 2022 rating.

The other thing to look out for is something to look at after a race and that is if the draw has prevented a horse from winning. Finding horses that run well from bad draws but don’t win is often a great way to find horses to follow next time out. These horses can go under the radar because they haven’t won, but you know it was the draw that went against them, and they do have some ability.

Check the Draw over Every Distance

When looking at long distance races, the effect the draw has will depend on how close the first bend is to the start of the race. If the first bend is sharp and is situated a furlong or two after the start of the race then this can mean the draw has a huge impact on how it is run. Horses drawn wide will either have to go very wide around the first bend and lose ground, or they will have to drop in behind and get across, which means they will lose ground and have to come from the back.

Just because a race isn’t a sprint race, it doesn’t mean that the draw isn’t important. Look at how the track is configured, and how the bends have to be navigated and this can often make the draw vital, and in some cases even more important than in a sprint race. 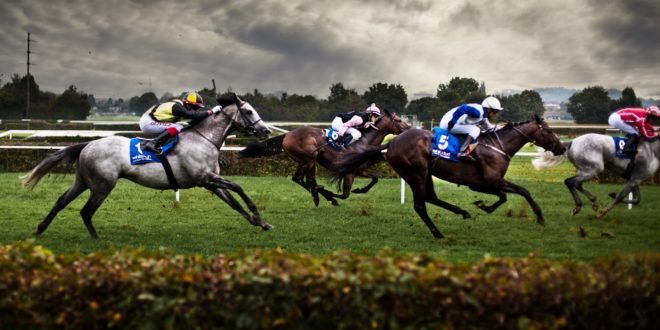 There is no question that horse racing tracks all over the world are very different from each other. When looking at tracks it is vital to understand the differences and how the draw can affect certain tracks but not others. For example, a five-furlong sprint on a straight track will be affected by the draw a little, while a five-furlong sharp turning track will be affected a lot.

One of the key parts of being a top horse racing judge is understanding how the conditions affect a race and one of the most important conditions is the track that the race is run on. With such a wide variety of tracks, and horses being suited to different ones it is vital that you understand the track you are betting at.

Part of that understanding is knowing both how the draw works and how important the draw is at that track. The more the draw effects that track, the more weight you have to put behind it when you are looking at your selections and comparing horses.

When tackling races with big fields that run on straight tracks, you will know that sometimes the field can split into two, with some runners running against each rail. On rare occasions, the field can split into three, with a group at the side of each rail plus one running down the middle of the track. When looking at the draw in a horse race you should be aware of how the race is likely to be run and which side is preferred based on previous results. For example, if the near side is where the low numbers are drawn and that is the best place to be, if something is drawn high they may end up on completely the wrong side of the track.

Use the Draw to Find Future Winners

Perhaps the most important part of being a punter is being able to read a horse race and look for future winners that you can note and back next time. When you are looking at a horse race, the draw can be the difference between winning and losing. What that means is if you can pick out horses that have run well, but been given no chance due to the draw, they are ones to note for next time when hopefully the draw has been kinder to them.

In big handicaps on straight tracks where horses split into two groups, this can be easily seen. Look out for horses that win their race on the side of the track they are at, but lose the overall race because they are drawn on the wrong side. These horses are well worth noting for the future and usually go on to run well next time out, with the chance of winning if they have been handed a better draw.

Watching races over and over again will allow you to pick out runners to follow next time out. Horses that run well from a bad draw are certainly ones to follow and should be one of the first things you look out for when you are studying races. By finding these horses you can often set yourself up with a group of horses to follow that will provide value next time out, and have the ability to win a race with more luck when it comes to the draw.