The History of Royal Ascot 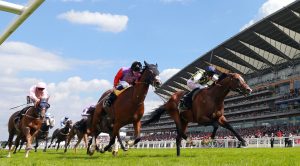 Royal Ascot is an eagerly-anticipated event that brings in huge crowds, both in person and TV viewers, each year. The festival attracts the very best racehorses and jockeys and is one of the leading racing events in Britain according to Timeform, but how did it begin and what made it gain such popularity over the years? This is an overview of Ascot’s 300-year story.

The festival dates back to 1711 when Queen Anne put the idea out in order to pursue her passion for horse racing. It was the queen who first saw potential for a racecourse at East Cote, exclaiming that it looked like a great place for horses to gallop when riding. The first race consisted of three heats which were four miles long, meaning that only horses with brilliant stamina would be able to compete.

By this point in history, attending Ascot during race season was a high point in social circles and extra entertainment began being laid on for 18th century racegoers in addition to the races themselves, including gaming tents, singers and prize-fighting. 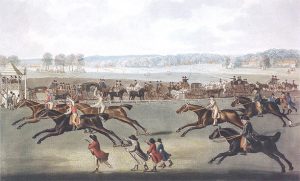 Before 1783, jockeys were allowed to wear whatever they liked to race, but this made it difficult to distinguish who was leading and winning each race, so from this point they were told to wear the colours of their horse’s owners. Today, the BHA states there are 18 colours to choose from when developing a new racing colour and a record of combinations is kept to this day. Towards the beginning of the 19th century, a dress code for attendees also came into play.

The Gold Cup was developed in 1807, making it Ascot’s oldest surviving race. The winner still receives a gold trophy today which they own from that point on.

The Royal Procession takes place at 2pm sharp, where the Queen and Royal party arrive with a parade in front of the racegoers. This tradition dates back to 1825 when the inaugural Royal Procession was led by King George IV.

The Duke of Norfolk was once quoted as saying jumps racing would take place at Ascot over his dead body, but in 1965, the first National Hunt took place and has provided some of Ascot’s most incredible races since then. 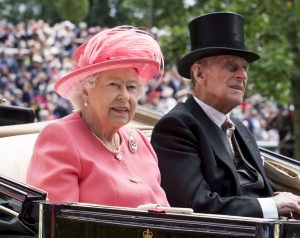 Her Majesty Queen Elizabeth II has long been a fan of the races and has never missed a Royal Meeting. But in 2013 she also became the first reigning monarch in the race’s then 207-year history to have their horse win the Gold Cup. Her Majesty has owned 22 winners of races at Ascot, but never before this point had one of those racehorses won the prestigious race.

In 2015, Ryan Moore was acknowledged as one of the greatest horse racers in the world. The jockey has won three championships in Britain among many others elsewhere in the world, as well as winning Ascot 36 times and been a leading rider at the Royal meeting six times in seven years. In 2015 alone, he won nine races at Ascot, which was a record.