Facebook, the tech giant and leading brand in the world of social media, has been slowly releasing information about their next big project – the Libra Stablecoin.

It has caused a lot of debate already, with people calling the Libra anything from a greedy corporate attempt at controlling cryptocurrencies to the next big thing in the world of Blockchains which will finally bring cryptocurrencies into the mainstream.

But what is it, exactly, and how did it manage to grab the public’s attention so quickly? Keep reading to find out more.

How did the Libra come to be?

Before we dive into the workings of this new currency, let’s take a look at the circumstances from which it was born.

In 2018, Facebook was embroiled in one of the biggest scandals of the decade and biggest privacy breaches in history. The Cambridge Analytica scandal saw them leak out personal information of over 50 million users, an event which went so far to influence elections across the globe. 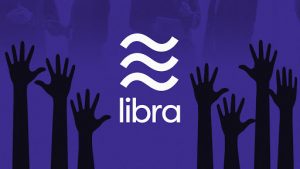 Facebook suffered tremendous losses in terms of market value, but in 2018, they revealed their plans for a blockchain division within the company. Information was fairly vague at this point, but after some testing, Facebook formally announced the Libra in June 2019. The only thing we were certain about is that it was to be a Stablecoin, an innovative new development that purports to combat cryptocurrencies arguably greatest weakness: volatility.

The central idea of the Libra was, as the announcements put it, “Reaching out to the Unbanked.” According to some reports, more than 2 billion people worldwide don’t have a bank account. By comparison, more than 5.8 billion people are considered internet users. Simply put, Facebook wanted to use advancements in technology and communication to allow for a global economy that uses phones and the internet rather than traditional banking systems.

Furthermore, being the world’s biggest social media brand puts Facebook in a unique position to leverage their 2.38 billion users to adopt Libra and push it into mainstream acceptance. 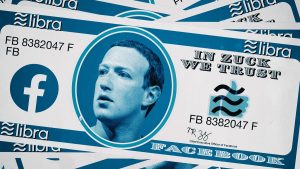 As of the writing of this article, we have a considerable amount of information due to Facebook submitting the Libra’s so-called white paper. However, many questions are left dangling in the air.

According to Facebook, the Libra is a “simple global currency and financial infrastructure that empowers billions of people.” It is still in the works but is announced to be fully released sometime in 2020.

To skip the PR-speak, let’s take a look at what sets the Libra apart from other cryptocurrencies:

The Libra Association is probably the most important thing to be considered. An international corporation having absolute power over any currency would be setting up red flags to everyone, which is why the Association is used as Libra’s governing body.

The idea, then, is as follows: Facebook maintained the controlling say in the whole project throughout 2019. After the announced release in 2020, a membership organization of companies from payment, technology, telecommunication, online marketplace and venture capital, and nonprofits will be put in charge. The Association will decide on all matters related to the project, the currency itself, and the transactions. 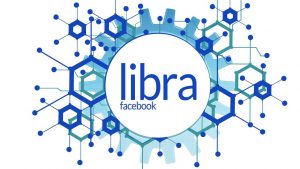 Is Libra technically a Blockchain?

In terms of sheer size and scope, the Libra is bigger than any other project of this kind we’ve seen to date. As such, the coding behind the whole thing had to be made from scratch.

Where traditional blockchains are, as the name implies, built on a set of cryptographically interlocked “blocks”, the Libra works a little differently. Their system has been described as a “decentralized, programmable database”, which organizes its transactions using sequences and Merkle Trees.

To the end-user, this won’t change much. For now, all you have to consider is that Libra will start as a permissioned chain. This means that, unlike what we’re used to with Bitcoin and Ethereum, not everyone can mine Libra. Only members of the Association will initially be allowed to become part of the network.

Permissioned chains are quicker but more centralized. However, the eventual goal of Libra is to switch to permissionless. This has its own set of obstacles to overcome, and time will tell how the plan will progress long-term. 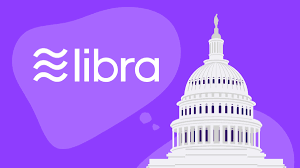 We already mentioned that Libra is a Stablecoin whose libra value is backed by actual assets. So what are these assets?

According to Facebook, the Libra Reserve is “a collection of low-volatility assets, such as bank deposits and short-term government securities in currencies from stable and reputable central banks.”

To understand how these assets work to bring stability to notoriously unstable cryptocurrencies, you have to understand the notion of “pegs”.

“A fixed facebook libra exchange rate, sometimes called a pegged exchange rate, is a type of exchange rate regime where a currency’s value is fixed against either the value of another single currency, to a basket of other currencies, or another measure of value, such as gold.”

Base currency:
Convert To:
=
Copy Conversion URL to Clipboard

So, the Libra’s value is inexorably tied to the real-life value of assets in the reserve. This reserve is of paramount importance to the stability of Libra’s economy. Being a permissioned blockchain, only members of the Association are allowed to mint and burn the Libra currency, and only authorized resellers can purchase these coins with fiat assets to back their value fully. Reportedly, Facebook charged each association member $10 million as an initial investment to cover the value of the initial mint.

As previously mentioned, the plan is to slowly decentralize the system over a five-year period after the launch. The final goal is to eventually make Libra and the marketplace that will form around it completely independent from even the Association. This decision will supposedly silence any complaints of international corporations holding too much power.

Still, the reality of how Libra will develop is yet to be seen. Its impact can already be seen throughout the cryptocurrency community, and opinions are split. In time, we will know if Libra is the future of monetary transactions or just another over-ambitious project.

People are asking these questions
⭐ What is facebook libra price prediction?

it’s still early days to have a solid price prediction for Libra coin, but  in theory $1 in Libra coin will be worth $1 in real assets. The price of a coin should be in the area comfortable for 2.5 billion users of the social network.