When you think of blockchain or cryptocurrency, the first word that comes to your mind is Bitcoin (read this – Bitcoin esports betting). This word is often combined with others such as gold and cash. As the founders of Bitcoin upgrade its network, they include some letters or words on the cryptocurrency title.

The alterations and upgrades of the cryptocurrency have resulted in multiple offspring chains that operate on the same platform. Bitcoin, Bitcoin Cash and Bitcoin Satoshi’s Vision are the main implementations that have been strongly competing for dominance in the past few years.

While these coins have some similarities because they originate from the same network, they’re also different as they share varying objectives. Bitcoin is currently considered to be a store of value instead of a payment network, and this is primarily due to its transaction speed limits. On the other hand, the other variants, including Bitcoin SV, position themselves as currencies for everyday transactions and use, thanks to their massive block sizes.

Today, you will be able to learn more about the Bitcoin Satoshi’s Vision (BSV) variant, including what it is, the industries where this crypto is accepted and how to purchase it, among other important things. So keep reading to find out more.

Before you can know what Crypto SV means, you need to understand the term fork. When you come across the word fork in the world of cryptocurrency betting, you should not think about a type of utensil. In terms of cryptocurrency, the word fork refers to the upgrade of certain crypto where some new functions or features are incorporated in it to make it better.

People are asking these questions
⭐ Where to buy Bitcoin SV?

You can buy Bitcoin SV in crypto exchanges like Houbi, Gate.io, Bittrex, Poloniex.

⭐ Is Bitcoin SV a good investment?

Bitcoin SV is a pretty stable cryptocurrency, you don’t see big price movements, so from that point it’s safe to invest your money in BSV. But on the other hand, last year BCV price was not moving up like other cryptos and didn’t have much attention from the crypto community.

⭐ Which is better Bitcoin SV or Litecoin?

If you are looking to invest in Bitcoin SV or Litecoin, both cryptos have great price potential. But if you are looking to use one of these crypto as a payment, Litecoin is better because this crypto transaction speed is way faster then BSV crypto. Also Litecoin is an older cryptocurrency as it has trust from institutional investors.

⭐ How many Bitcoin SV are there?

✅ Bitcoin SV can be mined with ASIC machines, but it’s not possible to mine with CPU or CPU cards.

In most cases, crypto forks occur when there’s a disagreement on the way a given project should be managed and progressed. Naturally, two or more camps must be able to originate from a disagreement, and that is how Bitcoin Satoshi’s Vision was born.

SV stands for Satoshi’s Vision, in reference to the creator of Bitcoin Satoshi Nakamoto, and this provides you with more information and reasons why the crypto coin exists. Bitcoin SV is a fork of BCH, which is also a fork of the initial Bitcoin (read this – best Bitcoin bookmakers). The creators behind Bitcoin SV wanted to restore the initial goal of Bitcoin, which was created to be a peer-to-peer digital form of money. Some of the main areas that the team has primarily focused on include security, stability and scalability to provide safe and almost instant transactions. 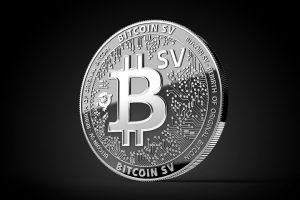 Bitcoin SV was created in 2018, a year after the establishment of Bitcoin Cash. It was created for many but the same reasons; however, this fork is a little bit different. It was one of the most aggressive splits. Currently, Bitcoin SV positions itself as the initial Bitcoin but with some improved functions, which include making payments almost instantly and allowing for easy trading.

What is Bitcoin SV?

Bitcoin BSV is more stable and features a clear vision where usability and scalability are concerned. Its developers managed to pursue scalability by expanding the size of the block. Also, they aim to have a blockchain that allows enterprises and organisations to build applications on it.

The crypto option also provides higher levels of protection, making it compete with payment giants such as MasterCard, Visa and PayPal (read this – Paypal betting sites). And what is more? Bitcoin Satoshi’s Vision offers fast transactions and lower commission charges.

Bitcoin Cash vs Bitcoin SV are the forks of the initial Bitcoin-powered blockchain. More than 100 Bitcoin forks have tried their best to mimic Bitcoin’s success. Out of these, 74 variants are still active, and only two are competing closely with the original Bitcoin. 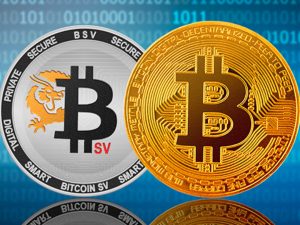 These forks are intended to provide more functionalities to the original Bitcoin. To understand more about both Bitcoin, Bitcoin Cash BCH vs BSV Bitcoin here are details about them:

Satoshi Nakamoto is the original creator of Bitcoin. He launched Bitcoin in January 2009, making it the first crypto in existence. In 2017, an upgrade on the blockchain network was proposed to allow the system to scale further (read this – blockchain sports betting).

The upgrade was referred to as Segwit2x that was meant to increase the block size of Bitcoin from one megabyte to two megabytes. From there, several variants of Bitcoin were established, each one of them promising better outcomes. Currently, Bitcoin is the largest crypto product in the world. 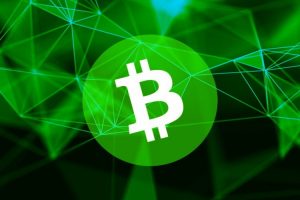 Bitcoin Cash is the 2nd-largest variant of Bitcoin. The variant features a passionate community that includes BitMain co-founder Jihan Wu and investor Roger Ver. Among the major differences between Bitcoin Cash and Bitcoin is the size of the block. Since the establishment of Bitcoin, many variants have been launched, including Bitcoin SV.

After thriving excellently for one year, the Bitcoin Cash community had to welcome another fork in 2018. Australian computer scientist Craig Wright and billionaire Calvin Ayre were not satisfied with the 32 MB block size implementation and proposed to increase it to a maximum of 128 MB. Craig Wright managed to establish Bitcoin SV in November 2018.

Where to Use BSV Crypto?

As one of the leading digital currencies, many industries accept Bitcoin SV. Its market is well supported across an array of exchanges, including the likes of Binance JEX, OKEx, Huobi, Bitpanda, Coinmama, KuCoin, Crypto.com and Shakepay, among others. Also, there is an extensive volume for crypto across all these exchanges.

Before using BSV crypto coins in any industry, you need to have a Bitcoin SV wallet and purchase some coins, and that is where the exchanges become helpful. If you are a starter, you will need either a credit or debit card since you must start with a traditional currency that will be converted at your exchange of choice. After purchasing your Bitcoin SV coins, you can be able to use them in some of the leading industries, such as sports betting and online casino gaming.

If you love sports such as football, rugby, table tennis, basketball, netball, motorsports, cycling, and more niche markets like politics and entertainment, you can be able to place real money bets on any events from across the world. Many sportsbooks will provide you with a welcome bonus when you make the first deposit. Also, once you become an existing customer, there are many ongoing promotions to take advantage of. 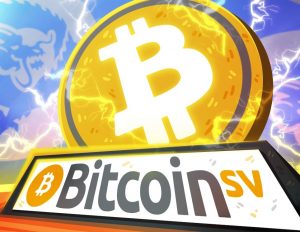 There are also many online casinos that support Bitcoin SV. They allow players to make instant deposits and get their winnings within the shortest possible time. The levels of security at these online casinos are high since the crypto adds an extra layer. So if you want to enjoy the best gambling experience, you should try out Bitcoin SV betting platforms and online casinos.

Bitcoin SV offers some great benefits that its previous counterparts cannot provide. Its increased block size makes it more future-proof compared to the initial Bitcoin or Bitcoin Cash. Bitcoin SV is well-positioned to be used as a currency for making transactions on a daily basis. Theoretically, Bitcoin Satoshi’s Vision is to be able to support more transactions than both Bitcoin Cash and Bitcoin.

Another benefit that Bitcoin provides is keeping the transaction fees low compared to Bitcoin and Bitcoin Cash. If Bitcoin SV is fully embraced by all online casinos and sports betting sites, there is a tone of potential in it. Pick your favourite gambling site today, sign-up and then make your first Bitcoin SV deposit to get started.

Use our Bitcoin SV calculator, where you can easily convert 1 BSV to USD and other cryptocurrencies to 17 most popular currencies in the world. Bitcoin SV prices change every second, so it’s always nice to have a calculator like this.