On May, the executives of 888 Holdings, which owns the online gambling sites (888sport, 888casino), voted in favour of acquiring William Hill’s business outside the United States. The deal will cost 888 GBP 2.2 billion (USD 3 billion), but it will also allow the company to enter the British high street market by owning more than 1 400 live betting shops.

The purchase, which is 888’s largest ever, will give the company access to 2 million active William Hill customers in the UK. Until now, 888 has been an online-only bookmaker and William Hill shops have long been a fixture on the streets of Britain.

888’s CEO Itai Pazner has dismissed speculation that the company may be looking to move away from betting shops and continue its focus on the internet. “Our plans are to keep the live gaming venues because they are well run and profitable, and they have changed a lot over the last few years,” said Mr Pazner.

Caesars took over William Hill for £2.9 billion in April as part of a wider consolidation in which several US companies acquired London-listed firms to gain experience as the United States opens its doors to sports betting. 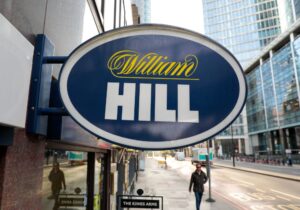 Pazner said the deal, which is considered a reverse takeover under UK listing rules due to the relative size of companies, will allow 888 to become more competitive and gain market share in many of the key markets in which it operates.

In addition to the UK, William Hill, which was founded in 1934, also operates in Spain, Italy and the Nordic countries. 888, known for its online gaming, casino and poker, expects to save at least £100 million a year as a result of the deal.

Those who bet on both 888sports and WilliamHill will certainly not be affected, business as usual and the bonuses will remain the same. If you have any questions you can always contact us at [email protected]