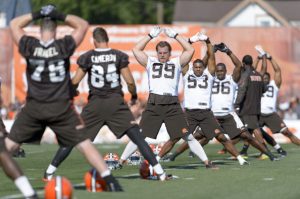 The NFL training camps are now underway as teams prepare for the season starting in September. Before that, we have the camps and a handful of pre-season games to determine which players will make the cut and be on each roster. Football training camps are often seen as something that is only important to the team and their fans but that is not always the case. From time to time, training camps can give vital information to punters, telling them about a team and what to expect in the coming season.

As the NFL is currently out of season and you don’t have to spend your time studying the teams and the upcoming games, you can instead spend that time looking at a couple of the key training camp stories to prepare yourself for the new season.

Watch how the big names settle in

One of the biggest reasons to keep up to speed with what is happening in the summer football camps is to see how the big acquisitions are fitting in with their new teammates. Perhaps the biggest off season move came in Cleveland, with the Browns picking up former New York Giants star receiver Odell Beckham Jr.

For years we have seen the Browns struggle to create any kind of roster from the abundance of high draft picks they have had on their team, but this could be the year they turn things around. They are a genuine contender for a playoff spot in 2019 but have to start well if they are to make it.

One of the main driving forces in that good start is going to be Beckham. Can he get off to the start that the Browns need to make the playoffs? He is certainly talented enough to pick this team up and carry them on his back if needed, but he has to do it from day one. Training camp will give us a glimpse into how Beckham is looking and how he is gelling with his new quarterback Baker Mayfield. 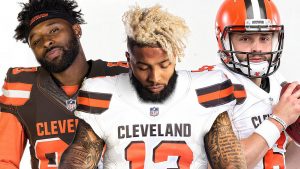 With their record over the past few seasons, the time to jump on the Browns may be at the very start of the season, so look out for positive training camp news and if that comes, this is certainly a team to watch in the early weeks before bookmakers adjust the odds because of the strides they have made over the summer.

Another team to watch through sports camp is the Denver Broncos, and they are another who could prove to be good value for punters if one man can get off to a good start. The Broncos have never really had a number one quarterback since Peyton Manning retired from the game, an issue they have again tried to address this summer. However, this could be the move that works for them as they have brought in Joe Flacco from the Baltimore Ravens.

Flacco brings experience to this Broncos team, and finally, they could have their man, a quarterback who knows what it takes to win games and one good enough to give their receivers something to play with.

The Broncos were poor last season, and not much better the season before. However, when you look at their team, other than their glaring problems at quarterback, they have an above-average line-up, including one of the best defensive group of players in the league. If there is one team who can take a big leap forward this season because of the addition of one player then it is the Broncos.

Flacco is that player, but he will have to settle and build a rapport up with his receivers very quickly. If he does that, then there is no doubt that this team will fare a lot better than what we saw last season and they would have an outside chance of making the playoffs with some excellent quarterback play from Flacco.

Things could go either way for the Broncos this season, and much of that hinges on Flacco. The value will be early in the season and to know whether to back them or not will depend on training camp reports and the few snaps that Flacco plays in pre-season. If you get good vibes from those this summer, the first few weeks are when you need to be latching onto Denver. 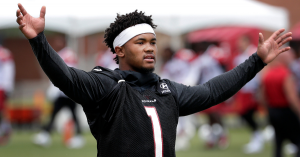 The next big superstar?

There is one name to watch at training camp when you are looking at the longer-term picture, not just for this season and that is the number one overall pick from the 2019 draft, Kyler Murray. The quarterback was taken by the Arizona Cardinals and he is the man they have chosen to lead their offensive line for the next decade. He comes in highly recommended, and his strength are his arm strength and reading of the play.

The Cardinals may well struggle again this coming season as Murray adapts his game to the pressures of the NFL, but if the Cardinals are going to improve and come to life again then he is the man to be at the front of that charge.

They have given him help too, bringing in Kliff Kingsbury to fix what has been described as the worst offensive group in the NFL. Kingsbury has a stellar reputation in college football and played a huge part in the development of Patrick Mahomes, who is now one of the elite NFL quarterbacks with the Kansas City Chiefs. Developing Murray into a player that can play at a similar level to Mahomes would be a huge win for the Arizona Cardinals, and that alone would make this team relevant again very quickly.

Watching Murray is a little different to the first two players and teams as this is to do with a bigger picture. The Cardinals are likely to still lose a lot of games next season but with a potential star, this team could be about to bubble under the surface and you want to be ready for when they explode so you can take advantage.