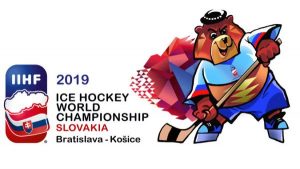 The Ice Hockey World Championships are nearly upon us, and during the month of May, we will see the best 16 nations battle it out to see who will win the gold medal. Big names from the hockey world cup such as Canada, Sweden and Russia will battle it out with those who are not as familiar such as Great Britain, France and Italy. The tournament will be hosted by Slovakia, and two venues will be used throughout the tournament, with one hosting the first group, and the other hosting the second.

If you are interesting to find best betting bookmaker for your ice hockey bets, check out our best betting companies 2023 rating. If you prefer betting with cryptocurrency check best crypto bookies page.

The teams are split into two groups of eight determined by their current rankings to make the groups as level as possible. This means we have spread of the best and worst teams throughout the groups.

Each team will face off against each other in the groups, so they will play seven group games each. At the end of these games, the top four teams from each will qualify for the quarter-finals and begin the knockout round, while the bottom team from each group will be relegated. Click for more information about ice hockey world championship format and system. If you are looking to watch hockey world cup in Slovakia online follow this instructions. 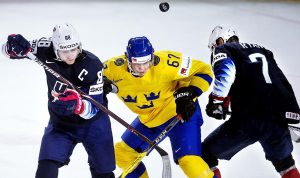 After the quarter finals, four teams move onto the semi-finals before we find out the two finalists. Those two square off for the gold medal, with the loser taking home the silver medal. A third/fourth place game is played between the two losing semi-finalists to see who takes home the bronze medal.

Looking at the latest betting ahead of the tournament, the big six are the six favourites to win, while the other 12 teams are big outsiders. Those six teams are Canada, USA, Sweden, Russia, Finland and the Czech Republic. All six have their own big stars who will be playing for them, and those players will be key to their success so look out for injury news around any of those.

Of the big six, Canada are the favourites and this is due to the depth they have in their squad, which is greater than the others have. Behind them, the two best European teams, Sweden and Russia are likely to be the biggest challengers to their crown, and the meeting between those two teams in the group stages will likely show us which is best equipped to challenge Canada.

How to Bet on the Ice Hockey World Championships

If you are looking to get involved in the world ice hockey cup 2019 then betting on the big tournament is easy. There are many ways in which you can bet, each offering a different kind of experience for the punter.

If you are looking for an interest throughout the tournament then betting on the outright markets is the best place for you. If you interesting in NHL outright betting, check our ice hockey betting tips for NHL outright betting. Here you can back a team to win the overall tournament or if you want to narrow the tournament down and focus on the group stages, you can back a team to win their group. This gives you an interest in not only the games played by your team but every single game of the tournament as you work out who needs to win and lose for your bet to succeed.

If you would like to take a look at just one game, and forget the bigger picture of the full tournament then match betting is the best place for you. Here you will be able to place a bet on the upcoming game, whether it is who you think will win the game, total goals or the handicap line, the only thing that matters to you is the result in that game.

Some punters like to bet on the outright tournament, but those looking to place more bets and those wanting more interest often look at the individual match betting markets and place daily bets on those. 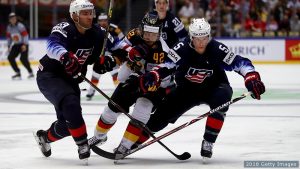 Those new to ice hockey may be looking for tips on the sport and how to make money from betting on it. If you are placing a bet on an individual game then one really important thing to look at which some punters forget about is the overall picture. While you may not be betting on the outright markets, you need to know how these are developing if you are betting on a game.

This can also be used with the lower ranked teams who are trying to avoid relegation. These teams will be fighting for their lives at the bottom in big games that they need to win to survive, so don’t be worried about backing them against higher ranked opponents. If they have everything to play for and they are playing a better-ranked team who have nothing to play for, their desire and willingness to win can often level the playing field.

While the outright betting markets may not be for you, if you are betting on individual matches then it is vital you understand the bigger picture, and how an individual game will impact that.