As a new year begins, there are many different sectors in which people make bold predictions, or look back over the past year to see exactly what happened and how their predictions fared. When it comes to financials, one of the topics at the top of the list for most people is Bitcoin price 2020, and what will happen to cryptocurrency in 2020.

Yet again, there is plenty of optimism surrounding all cryptocurrencies and blockchain technology, but especially Bitcoin as we go into 2020, but will those predictions prove to be true this time around? We take a look back at 2019 here, predict what we think will happen in Bitcoin value 2020 and take a look at a couple of things that could affect the Bitcoin price over the coming year.

That was close to a 100% rise, which is exceptional when compared to others, the Dow Jones rose 27% and the FTSE 100 rose 14% during the same time period.

Base currency:
Convert To:
=
Copy Conversion URL to Clipboard

However, the figures don’t tell the whole story, and those who did buy went through many rough patches where their nerve would have been tested to the limit. Bitcoin hit a low back in February, where it went as low as $3400, while the highest we ever saw it was up just under $13000 in July. Five days below recording its highest rate, Bitcoin was down to below $10000, then a month later back up to $12000, and this wasn’t the only occasion where this happened.

For those who did invest at the start of 2019, things are looking very good right now. While the year required nerve to ride out both good and bad patches, the returns for 2019 have been very impressive. 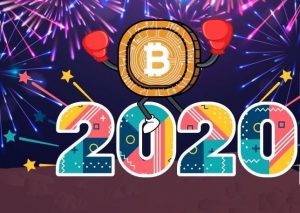 Despite the wild Bitcoin price rises and falls in 2019, it is expected that the cryptocurrency will have another good year in 2020. Some markets around the world are facing stricter regulations this year, and that is Bitcoin expected price to help rise further, with something else just around the corner.

This is the Bitcoin halving, which should be taking place in May 2020. We have seen this happen twice before, and on both occasions, the price of Bitcoin has risen afterwards. This is the process that limits the number of Bitcoin available in the world and comes around every four years. We have had two halving so far, in 2012 and 2016, where the Bitcoin block subsidy was cut in half. Both results in sharp increases in Bitcoin price, and those who are investing beforehand, or have already invested, will be hoping that the same happens again. So Bitcoin 2020 price prediction looks positive. 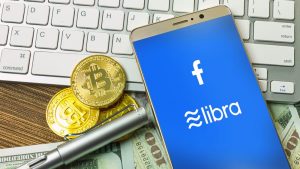 One of the reasons why Bitcoin has been so successful in the past has been due to the lack of credible competition when it comes to cryptocurrency. However, that may all be about to change as in the middle of 2019, Facebook announced they would be entering the market with Facebook Libra.

The first thing to say is that 2.4 billion people across the world have Facebook, so of course, they have a pool of customers sat waiting for them. While this is a new concept, Facebook isn’t and trust was a big issue for Bitcoin at the start, whereas Libra will be able to rely on the fact that billions use and trust Facebook on a regular basis, so convincing people to get involved shouldn’t be as hard for them.

The other issue many have with Bitcoin is the swings we see in value because it is not tied to anything in an attempt to keep it stable. Facebook Libra have combated this by tying their currency to other stable currencies such as the Dollar, Euro, Yen and bonds. They have also created a reserve of currency, and anyone who invests will get the Libra, while the funds they pay with, Euros for example, will then be invested into a variety of different things in a bid to raise further capital to strengthen the currency.

It is clear that Facebook has been thinking about the launch of Libra for a long time, and they have sat and tried to work out the issues people had with Bitcoin at the start, and tried to find a way around them. With the potential for stability, a reserve fund and the Facebook brand name giving credibility and familiarity, the start for Facebook Libra could turn out to be a far better start than the one Bitcoin had when it launched.

It could still take years to get off the ground, but Facebook Libra appears to be a genuine and credible threat to the price of Bitcoin should the launch go to plan. 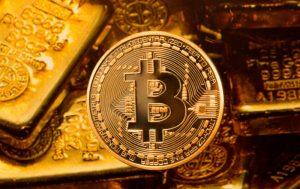 Gold was a very early technology, a bandwagon that people jumped on in an attempt to show their wealth. They would create a variety of different things, shape gold into whatever they wanted to and put their money into it in the hope that their investment would eventually pay off and they would get their big payday.

Now we are seeing Bitcoin forecast 2020 come and potentially take over, being the go-to investment for those looking to build something for the future, because Bitcoin long term forecast looks good. Digital investments are what the new generation are looking at to increase and show their wealth, just like a few decades ago it was all about gold.

Those who are new to Bitcoin are seeing it as the future, and investing in it to show their wealth and plan for years to come, which is exactly how the gold rush began many years ago.

If you are interesting not only about btc prediction article, so you can read about other cryptocurrencies in crypto news section.